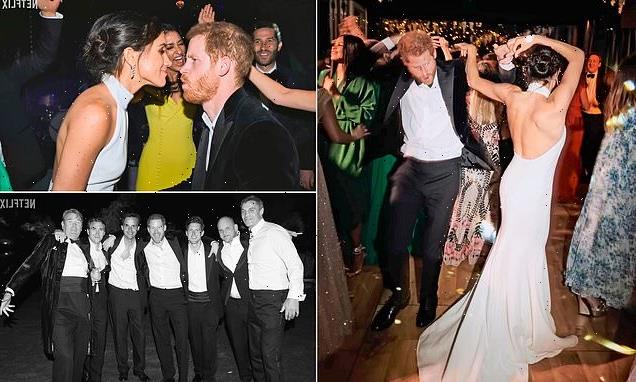 More Harry and Meghan claims made in Netflix series debunked

More Sussex ‘truths’ debunked: How recollections vary on further claims made by Harry and Meghan in bombshell Netflix series

As Buckingham Palace braces itself for the next instalment of the Harry and Meghan documentary, claims from the first part of their Netflix series continue to unravel.

Questions have already been raised about the show’s cynical editing and inconsistencies in the couple’s story, including variations on how they first met and got engaged.

Now former royal courtiers have spoken out to dismiss claims made by the Duke and Duchess of Sussex about their time in the royal household as outright ‘lies’. The latest claims to unravel in full: 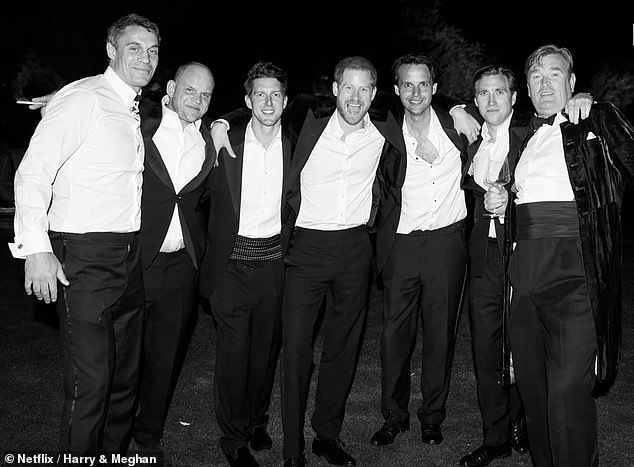 Wedding guests: The series shows moments from the day including Prince Harry, centre, smiling surrounded by a group of friends

CLAIM: The Duke of Sussex repeatedly complained that he was stalked by the paparazzi and compared trying to escape photographers to a ‘hunter versus prey’ battle. He described being harassed while a montage of clips showing him being surrounded by photographers on night outs filled the screen.

A friend told The Sun he agreed to walk out of the main entrance of the exclusive Chelsea nightspot Public, which was co-owned by his friend Guy Pelly, in order to be pictured. Mr Pelly knew that a picture of Harry at the club would give it mass exposure.

The source said: ‘Harry started becoming a regular at the club late in 2010. Guy Pelly was his friend and he got Harry to come, which was amazing for its profile.

‘Pelly usually sneaked him in and out of the back door. It was his idea to get him at the front door a few times. Harry was pictured and, boom, the club really took off.’ 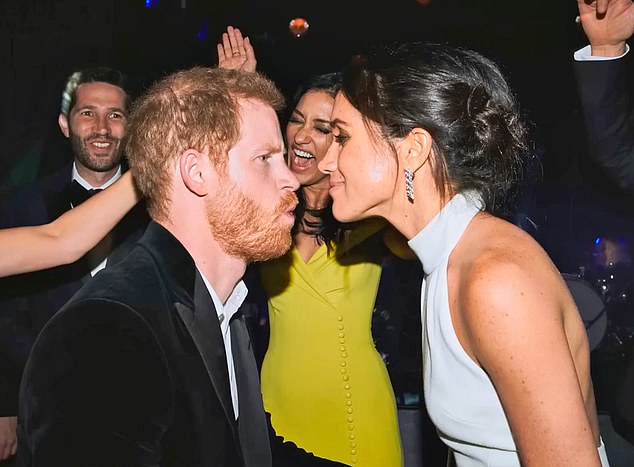 New footage: The Sussexes’ documentary shows clips from the pair’s wedding which took place in May 2018

CLAIM: Meghan has complained that Kensington Palace aides advised her not to invite her niece Ashleigh Hale, the daughter of her estranged half-sister Samantha Markle, to her 2018 wedding.

She said they struggled with the notion that her estranged half-sister was not invited: ‘How do we explain that this half-sister isn’t invited to the wedding, but that the half-sister’s daughter is?

‘And so with Ashleigh, the guidance at the time was to not have her come to our wedding.’

In the programme, Ashleigh, an immigration lawyer, said she was left feeling ‘hurt’ by the decision.

REALITY: Royal sources have dismissed the claims as a ‘complete and utter lie’ and said that they had, in fact, wanted more of Meghan’s family at the wedding to make it ‘look less weird’.

A source told the Sunday Times: ‘That just didn’t happen. We never gave any advice, steer or guidance on who of her family or friends should or shouldn’t come.’ The source said Meghan said she would have invited Ashleigh but did not want to as it ‘would have put her under intense scrutiny’.

‘It was not a question she put to us. We would never tell her not to invite her own niece and we would never get involved in any management of personal relationships,’ they added.

Another source confirmed: ‘Meghan didn’t want the media to know about Ashleigh. No one on earth would have said don’t invite family to the wedding. That’s a complete and utter lie. We wanted more family there to make it look less weird for her.’ Meghan’s mother Doria was the only member of her family at the wedding as her father Thomas Markle had suffered a heart attack after being accused of staging photos for money. 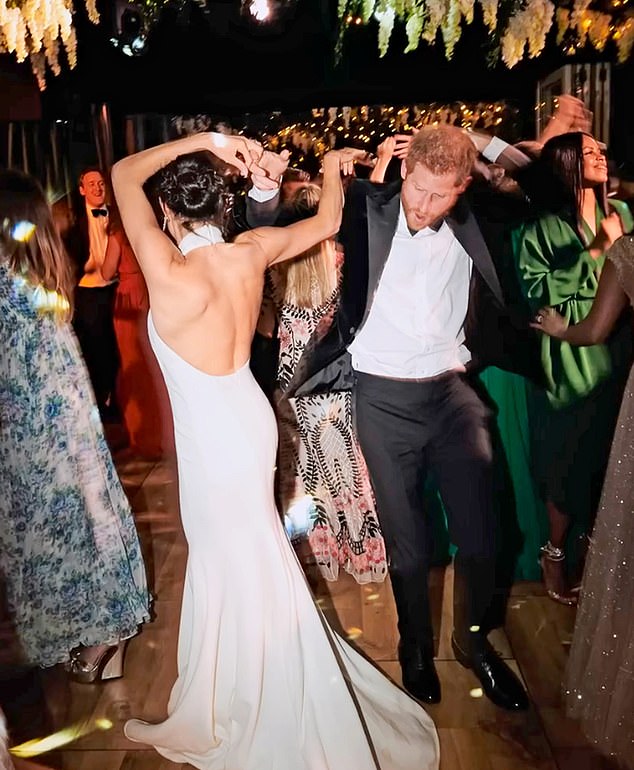 Celebrating: The couple on the dancefloor at their evening reception at Frogmore House in Windsor

CLAIM: Harry and Meghan claim that she was left to fend for herself and was not given any schooling on royal etiquette to help her adapt to her new role.

Meghan said she did not know what a walkabout was or how to curtsy and was reduced to Googling the national anthem. She complained she was left floundering with no instructions, struggled with what to wear and was forced to ‘learn a lot’ on her own.

Harry said the lack of support was ‘just ridiculous’.

REALITY: Royal sources said this was a ‘total lie’ and that Meghan was presented with a detailed dossier about her future role complete with access to a list of experts who could help her.

‘There was prep for everything, walkabouts, clothes, everything,’ a source told the Sunday Times. According to the newspaper, Meghan met with just two experts: the late Queen’s private secretary Lord Geidt and a well-connected person for wardrobe advice.

CLAIM: Filmmakers used photographs purporting to show that Meghan was being pursued by the press in a ‘dangerous way’ when filming Suits.

In episode two, Silver Tree, the producer of Suits, claimed people were breaking into the area where Meghan’s trailer was and said photographers would hide with ‘really long lenses’. An image of a man dressed in black trying to discreetly take photos was shown alongside pictures of Meghan.

REALITY: The image used is in fact a stock photo which is on sale on the Alamy stock photo agency website. It can be bought for as little as £11.99. The image is the latest in a string which appear to have been used misleadingly.