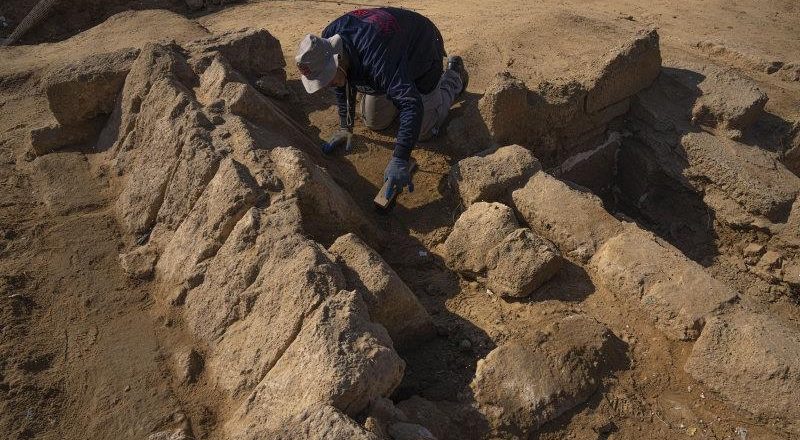 Gaza City, Gaza Strip: Hamas authorities have announced the discovery of more than 60 tombs in an ancient burial site in Gaza dating back to the Roman era.

Work crews have been excavating the site since it was discovered last January during preparations for an Egyptian-funded housing project.

Hiyam al-Bitar, a researcher from the Hamas-run Ministry of Antiquities and Tourism, said a total of 63 graves have been identified and that a set of bones and artefacts from one tomb was dated back to the second century. 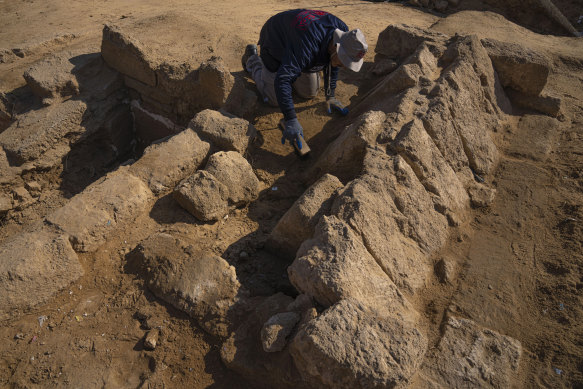 A member of a Palestinian excavation team works in a newly discovered Roman era cemetery in the Gaza Strip on december 11.Credit:AP

She said the ministry was working with a team of French experts to learn more about the site. On Sunday, workers sifted through the soil and removed piles of dirt in wheelbarrows.

Although the ancient cemetery is now blocked off from the public, construction on the housing project has continued and the site is surrounded by apartment buildings. Local media reported looting when the site was first discovered, with people using donkey-drawn carts to haul away items like a covered casket and inscribed bricks. 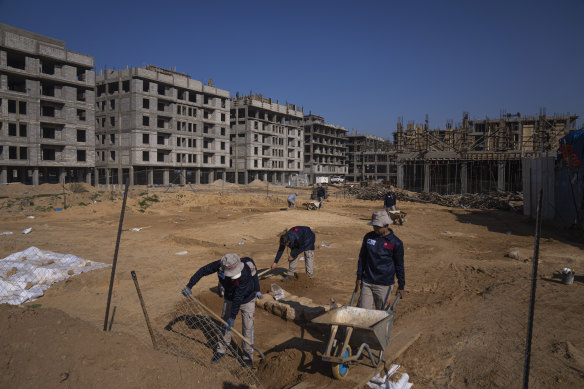 A Palestinian team has been excavating the site since it was discovered in January during preparations for an Egyptian-funded housing project in the Gaza Strip. Credit:AP

Gaza, a coastal enclave home to more than 2 million people, is known for its rich history stemming from its location on ancient trade routes between Egypt and the Levant. But Israeli occupation, a blockade, conflicts and rapid urban growth in the crowded, narrow territory are among the reasons most of Gaza’s archaeological treasures have not been protected.