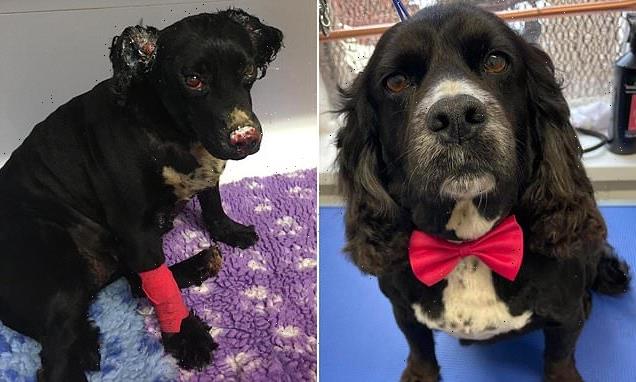 A £10,000 reward has been offered for information after a woman’s pet dog died after being kidnapped and set on fire in a vicious attack.

Thugs snatched Lucky the cocker spaniel (pictured) from the garden of Angela Clennell, 56, in Ouston, County Durham on Wednesday, as well as another dog called Sandy.

Although Sandy managed to escape, Lucky was ‘doused with petrol’ and set alight in the sick attack which left her with burns on 50 per cent of her body.

The eight year-old spaniel was found 10 miles away in the Deneside area of Lanchester. 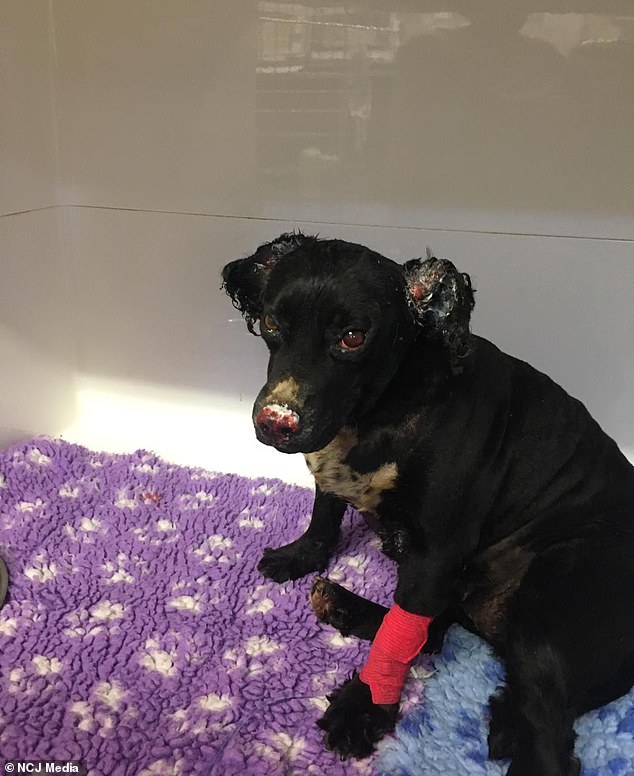 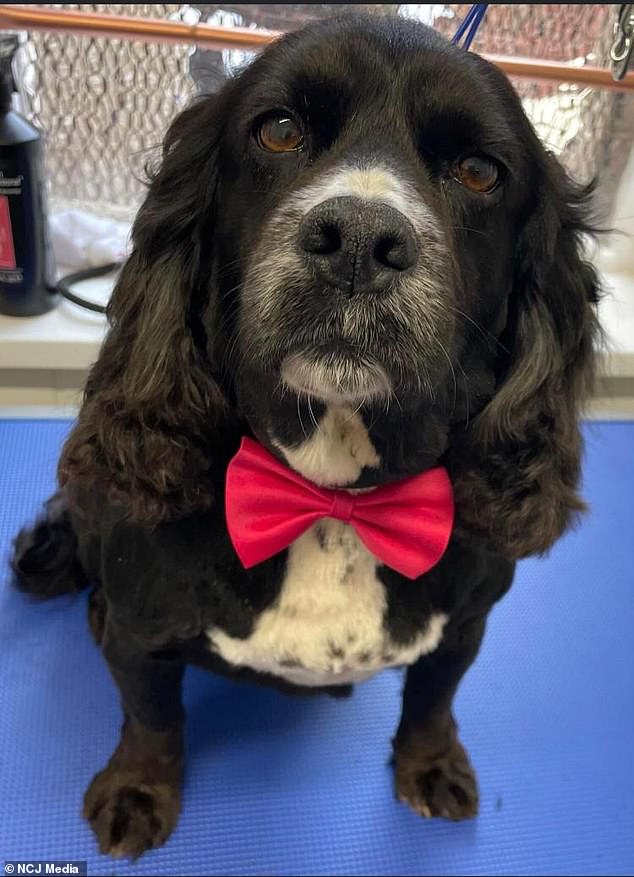 Owner Angela Clennell, 56, said Lucky  ‘was a really happy dog, who was always wagging her tail and now she’s gone’

Lucky was rushed to Dunelm Vets in Gilesgate and then a veterinary specialist.

Although Lucky survived the fire, vets gave Angela the heartbreaking news her dog was unlikely to survive the treatment for her severe burns.

Angela set up a GoFundMe fundraiser to pay for Lucky’s treatment, but eventually made the difficult decision to put her beloved pet down to stop her from suffering any more from her ordeal. 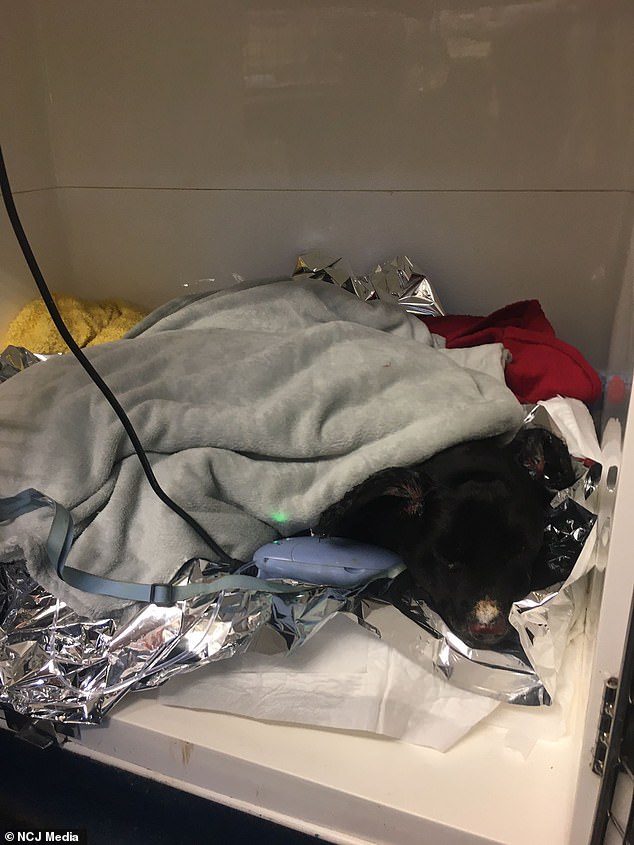 Although vets did their best to treat the eight year-old spaniel, they sadly had to tell Angela her pet was unlikely to survive treatment

She wrote on the page: ‘Unfortunately, due to the extent of Lucky’s injuries, well over 50% burns to her body, with treatment that she would probably not survive she has had to be put to sleep as all we are doing is prolonging her agony.

‘She went peacefully and I have requested her ashes.

‘As you are probably aware, burns get worse as time goes on and Lucky looked horrendous today but at least she is at peace now.

‘I would like to thank everyone for their donations and words of support.’

Angela added: ‘She was an innocent dog that has done nothing to anybody, she was such a loving dog.

‘She was really placid, she was a really happy dog, who was always wagging her tail and now she’s gone.

‘The vet said it was the worst case he had seen and he’s a specialist on skin burns.

‘It has just absolutely devastated me and I’m so angry. It’s just horrific.’

Almost £9,000 was donated to the page from sympathetic members of the public.

Angela’s friend Tish Wilkinson offered a £10,000 reward for any information that leads to a prosecution.