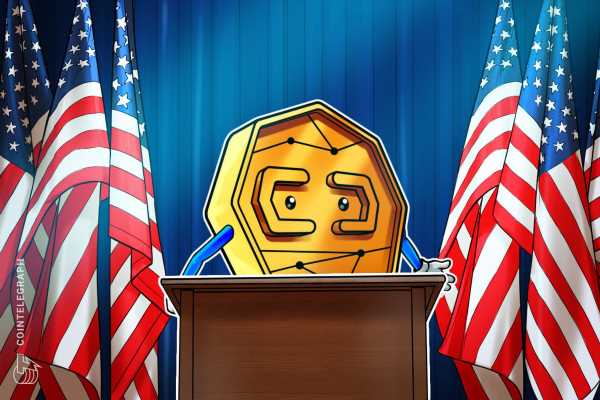 Michigan Senator Debbie Stabenow, chair of the United States Senate Agriculture Committee, has announced that she will be leaving office in 2025.

In a Jan. 5 announcement, Stabenow said she would finish the remainder of her 6-year term in the Senate, then “pass[ing] the torch” to other U.S. lawmakers. The senator was one of the lawmakers behind introducing the Digital Commodities Consumer Protection Act, or DCCPA — a bill aimed at establishing additional regulatory clarity for cryptocurrencies and the role the Commodity Futures Trading Commission would play in overseeing digital assets.

Stabenow said she would be focusing on legislation aimed at improving “the lives of Michiganders” during her final two years in office, but did not specifically mention the crypto bill. Her term will end on Jan. 3, 2025 following the 2024 elections, having served in the Senate since 2001.

As Senate Agriculture Committee chair, Stabenow oversaw hearings investigating digital assets considered commodities, including one in December exploring the collapse of crypto exchange FTX. After the exchange filed for bankruptcy in November and former CEO Sam Bankman-Fried — who often lobbied for the DCCPA — was being scrutinized by the authorities, the senator continued to push for the bill’s passage.

John Boozman, one of the DCCPA’s coauthors and ranking member of the Senate Agriculture Committee, will likely remain in office until January 2029. Some regulators and industry leaders have also come out in support of the bill, including CFTC commissioner Kristin Johnson and Crypto Council for Innovation CEO Sheila Warren.

Related: ‘Secretly circulating’ draft crypto bill could be a ‘boon’ to DeFi

Boozman reportedly planned in December to reintroduce the crypto bill once the 118th Congress had been sworn in. Although the U.S. Senate started proceedings on Jan. 3, the House of Representatives has yet to choose a new Speaker in a historic standstill moment.