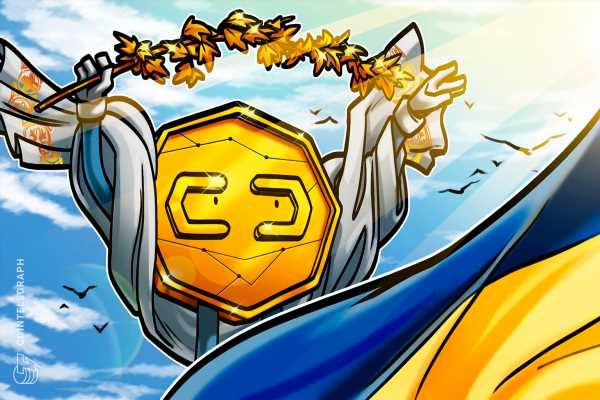 Stellar partners with UNHCR to give Ukrainian refugees cash via USDC

Humanitarian groups have increasingly used blockchain technology to solve problems with lack of banking or inadequate identity verification in developing or war-torn nations.

Two new projects have been announced in December, including one that provides cash aid to Ukrainian refugees through the Stellar network and another that plans to offer cash and vouchers through the Partisia network.

But past blockchain projects have had mixed results. Some projects have been effective at allowing recipients to bypass red tape and receive the aid they need, but with others the use of blockchain has turned out to be superfluous.

On Dec. 15, Stellar Development Foundation announced that it has formed a partnership with the United Nations High Commissioner for Refugees (UNHCR) to offer USD Coin (USDC) on the Stellar network as a form of cash assistance to Ukrainian refugees.

The USDC tokens will be redeemable at any MoneyGram location. The creators of the program believe this will make it easier for refugees to receive aid even if they don’t have bank accounts or can’t access the ones they do have.

“This product was specifically designed to meet the needs of aid organizations delivering assistance in difficult environments. It can’t be experimental or not hold up to real-world use. Donor dollars are someof the most scrutinized in the entire world. The fact that some of the largest aid organizations are using Stellar Aid Assist today in Ukraine shows that it has real-world value and the potential to scale.”

Earlier this month on Dec. 2, Partisia Blockchain Foundation held a “hackathon” in collaboration with the International Committee of the Red Cross (ICRC). The goal of the event was to find ways that the Partisia network could be used to make Red Cross humanitarian aid payments more efficient.

While these attempts to utilize blockchain are worthy, the sector has a checkered history.

In an August, 2022 paper titled Humanitarian Blockchain: Inventory and Recommendations, researchers from the Digital Humanitarian Network examined past attempts to leverage blockchain for the benefit of aid recipients. They found that blockchain did help some organizations to be more efficient at delivering aid, but in other cases, the technology had to be discarded because it didn’t add value.

It cited Building Blocks, a blockchain initiative started by the World Food Programme (WFG) as an example of a successful project. It aimed to solve the problem of duplicative aid, or multiple aid services providing the same aid to the same people.

Related: What the Russia-Ukraine war has revealed about crypto

The project involved a permissioned blockchain network that allowed different aid organizations to collaborate with each other and share data. This removed silos between humanitarian groups and helped them to effectively target their aid where it was most effective. Building Blocks is still in operation today.

On the other hand, Direct Cash Aid, a program created by a consortium of 121 different humanitarian groups, had to abandon blockchain after it was found that the tech didn’t help its goals. Direct Cash Aid intended to use a blockchain-based self-sovereign identity (SSI) to help recipients in Ethiopia, Malawi, Kenya, and the Netherlands who couldn’t establish their own proof of identity.

After experimenting with SSI, the program administrators realized that most recipients didn’t have smartphones, nor could they get adequate internet access. In addition, many aid organizations didn’t want to collaborate or didn’t trust the identity verification performed by other organizations. As a result, the SSIs created by the program “proved to currently have no value.” The program ended up scrapping its blockchain aspects in favor of more centralized identity verification systems.