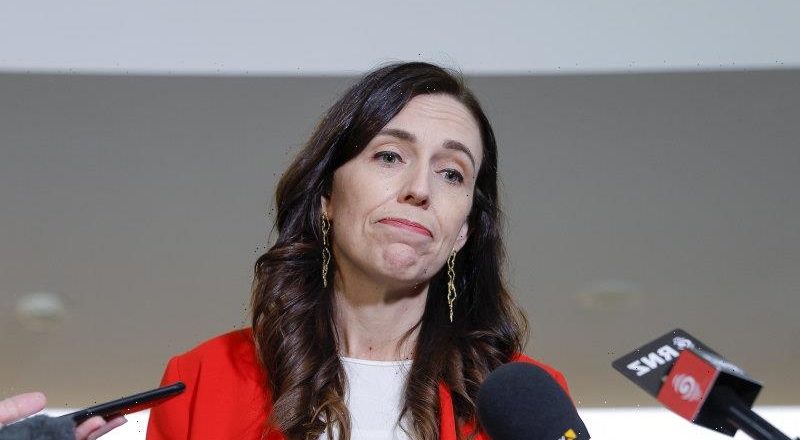 Wellington: It is tough to overstate the challenge facing Jacinda Ardern as she fights for a third term. A pang of dissatisfaction lingers around her government, and the outlook does little to inspire confidence. If Treasury and the Reserve Bank are right, New Zealand will enter recession just as New Zealanders vote next year. Blundering ministers and crime dominate headlines – never good for an incumbent government – and the opposition National party are ascendant. Ardern will spend Christmas behind in the polls.

Given all that, you could forgive the Labour leader for wanting to call time on 2022. She did just that on Thursday, finishing her public commitments for the year with a speech to police graduates, 10 days before Christmas. While she has one final cabinet meeting on Monday, she won’t be seen again until mid-January. It’s the right call. She needs a break, and Kiwis need a break from her. 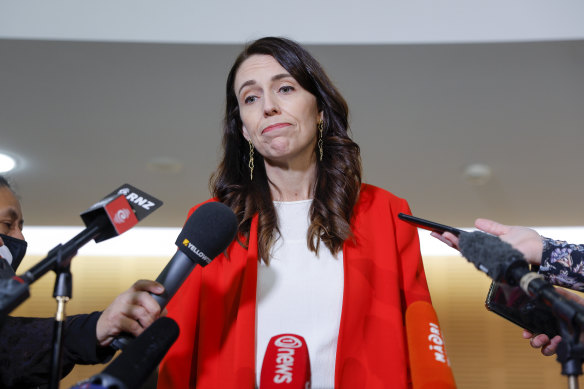 Stepping out of the limelight was the second most popular thing Ardern did this week, beaten only by an accidental – or was it? – under-the-breath insult in parliament. Calling opposition MP David Seymour an “arrogant prick” startled because it was so out of step with her self-described relentless positivity. She apologised. In truth, this was a rare scandal from which both sides benefitted. Labour supporters enjoyed the candidness and the hit on a right-wing MP, Seymour claimed the high ground and the limelight. The pair ended the saga by running a charity auction of a signed page of Hansard where the quote lives. The auction’s beneficiaries, the Prostate Cancer Foundation, will reap tens of thousands of dollars on behalf of “pricks everywhere”.

The episode was a light moment in an otherwise dreary year.

Ardern can claim wins this year. With its parliamentary majority, Labour has legislated for Australia-style sector-wide bargaining in a huge industrial relations overhaul. It is reforming New Zealand’s planning regime. It has centralised the health system and shaken up water infrastructure. The climate agenda continues with a world-first proposal to slug highly-emitting farms. Her government has been busy. Crucially though, none of these changes are popular. The multi-billion “Three Waters” reform, which will see the management of drinking, waste and stormwater taken from local councils, is particularly divisive and sparked a wider debate about the role of Maori in decision-making.

For all of that, 2022 will be remembered as the year that COVID-19 caught up with New Zealand – and Ardern – after a golden run. The elimination of the virus in 2020 was a genuinely unifying moment. While outsiders painted New Zealand as a hermit kingdom, locals revelled at being the little country that could. Undoubtedly, there were frustrations – hardships from closed borders, a slow vaccine rollout, a 107-day Auckland lockdown in late 2021 that stung – but by and large, New Zealand was a successful pandemic story.

That changed in 2022. At the start of the year, the COVID-19 death toll was a scarcely believable 52. It now sits above 2200. The flow on effects in a health system (underfunded by Australian standards) has been bleak. Hospitals were filled, surgeries were put off, and doctors and nurses are exhausted. Beyond health, businesses were plagued by staff shortages and chinks in the supply chain. Many industries, particularly tourism, are still smarting.

Unsurprisingly, Ardern’s poll numbers tumbled. Labour, which won 50 per cent support at the 2020 election, was still on 40 per cent at the start of 2022 and eight points clear of National. Depending on which network’s poll you choose, Labour is now either five or eight per cent behind. In a bellwether by-election last weekend, National won by 16 points. Opposition leader, first-term MP Christopher Luxon, has shone.

Ardern’s struggle is inexorably linked to Luxon’s rise. The former Air New Zealand chief executive was groomed for the job by political mentor John Key, and took the leadership just nine months after his maiden speech. Moving on from the mess left by predecessor Judith “Crusher” Collins, National are rejuvenated, united, undistracted and disciplined under Luxon. Attack lines are well polished. The five-point plan to ease cost of living is repeated ad nauseam. Labour’s pet projects like new hate speech laws and a public broadcasting merger are condemned as “wasteful ideological projects”. Government incompetence is often discussed. In short, National have played the role of opposition to a tee.

National has convincingly prosecuted the government for immigration failings too, but its greatest political success this year has been on crime. Growing gang numbers – for which Australian deportations play a mighty role – a spike in ram raids and, most recently, attacks on local stores have all been laid at the government’s feet. Ardern admitted a losing narrative on crime when sacking her police minister in June. National followed that up with a tough-as-nails policy for youth reoffenders, sending teenagers to military bootcamps and putting ankle bracelets on 10-year-olds. Fed-up Kiwis lapped it up. A 1News-Kantar poll released last week showed 60 per cent in favour. 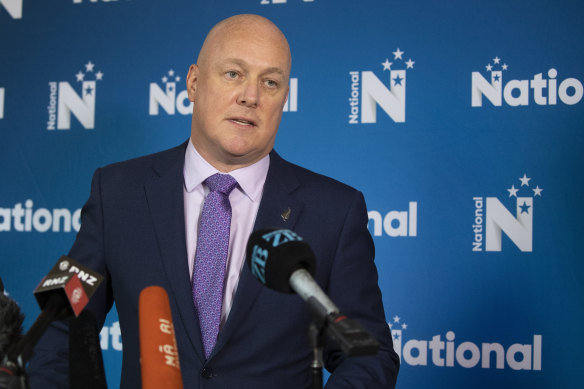 Outside of the National party, opposition to Ardern’s Labour has hardened, a crucial factor in New Zealand’s odd mixed-member proportional representation system, introduced in 1996. At every election since then (except Ardern’s extraordinary 2020 win) no party has claimed a majority, making coalition-building a central part of forming government. Next year, Labour won’t be able to count on one of its first-term coalition partners to return to power: Winston Peters’ New Zealand First. As the populist veteran Peters courts an increasingly fringe vote, he has ruled out Labour due to what he says is untrustworthiness. NZ First may not yet return to parliament, but if they do, it’s one less potential partner for Labour.

If the electoral landscape looks grim, the economic forecasters are darker still. The single biggest factor preventing Ardern from emulating her hero and former boss Helen Clark and claiming a third term will be the economy. Inflation is running high, at 7.2 per cent, and the Reserve Bank has brought pain on households by raising the official cash rate at every meeting this year. It now sits at 4.25 per cent. Hundreds of thousands of New Zealanders are due to re-fix mortgages next year, and they’ll be plenty worse off when they do.

Finance Minister Grant Robertson, Ardern’s closest ally, is fond of international comparisons and especially ones that his home. On the release of higher-than-expected GDP growth of 2.0 per cent this week, he pointed to New Zealand’s 7.9 per cent GDP growth since the start of the pandemic, ahead of Australia, the US, Canada, the Euro area, Japan and the UK. He is also proud of wage growth ahead of inflation and unemployment of 3.3 per cent. The problem for Robertson is that beating Australia – as much of a passion as it is for New Zealanders – isn’t as fun when you’re not exactly winning yourself. The cost of living crisis is real. Fruit and vegetable prices are up 20 per cent in a year. Grocery food is up 11. People are hurting.

Still, the election is not yet done. The economic forecasts are dire, but are just predictions and given global volatility, may not come to pass. They also set expectations low, giving Robertson a benchmark he might beat. Should the recession arrive, it may not feel like a genuine downturn given high employment and wage growth. 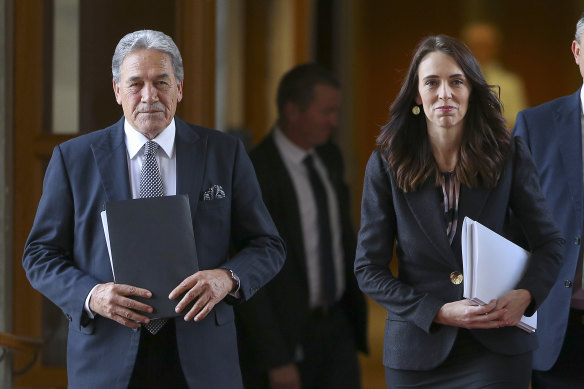 Labour can also hold hope in recent history. New Zealand voters are a patient bunch, giving the last three governments three terms each. Jim Bolger, Clark and John Key all won a second re-election as Ardern hopes to do. New Zealanders have been through a lot with Ardern. In five years, she has led the country through its worst terror attack, a pandemic and its fallout, a deadly volcanic eruption and more. She has started a family. While many Kiwis hold grievances towards Ardern, just as many have genuine bonds of trust, even love.

Conversely, Labour also believe voters haven’t truly warmed to Luxon, who can be wooden. The 52-year-old once referred to voters as stakeholders, and puts noses out of joint with often blunt phrasing. Next year he will have to shift from opposing to proposing, which has not always gone smoothly. On releasing a super policy last month, On releasing a super policy last month, he could not name a typical pension. Luxon will be under heightened scrutiny in 2023, and National expect a mighty wave of negative attacks from Labour.

Ardern also retains control of the purse strings. Incumbency is powerful. The government has a budget to deliver in May, and if inflation is trending downward, Robertson will be able to justify sweeteners. Inflation and a better-than-expected economic ride through the pandemic has swollen the coffers.

The biggest question though is how Ardern will campaign in 2023. The 2020 poll was a lay down misere given the dismissal of COVID-19. Other issues were politically irrelevant, and understandably: it was a genuine crisis. This time around, the focus will be economic resilience. Expect tax cuts, childcare promises and cost of living support targeted to the working poor.

“Politics is all about fixing problems,” Ms Ardern said in a reflective year-ending interview. “We’ve had a few more problems than most that we’ve needed to fix but I think we’ve demonstrated that we have the experience and the focus to continue to take on those challenges.” The election may uncover whether voters want Ardern to fix New Zealand’s problems, or to blame her for them.