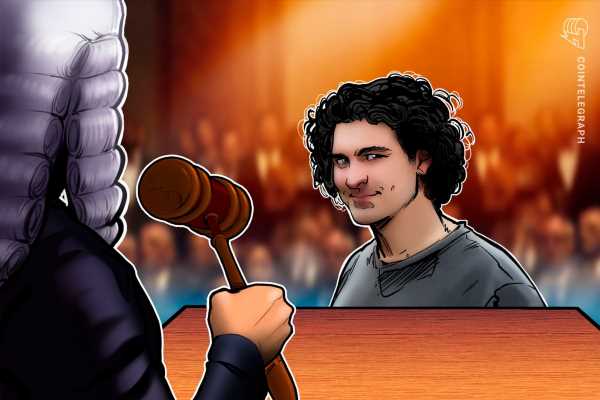 Former FTX chief executive officer Sam Bankman-Fried has pled not guilty to all criminal charges he’s facing related to the collapse of the crypto exchange including wire fraud, securities fraud, and violations of campaign finance laws.

Multiple observers in the United States District Court in the Southern District of New York on Jan. 3 reported that Bankman-Fried’s attorneys had entered a not guilty plea on SBF’s behalf in his first court appearance since December. Bankman-Fried faces eight criminal counts which could result in 115 years in prison should he be convicted.

Assistant U.S. Attorney Danielle Sassoon, one of the prosecutors in the case against the former FTX executive, reportedly said her team intended to provide SBF’s lawyers with documents of evidence within the next two weeks. The former FTX CEO had been under house arrest at his parent’s home in California since Dec. 22, but returned to New York for the plea hearing. Reuters reported Sassoon was anticipating a four-week long trial starting in September or October.

At the same hearing, Judge Lewis Kaplan granted a request from SBF’s legal team to redact identifying information on individuals acting as sureties for his $250-million bond. Bankman-Fried’s parents have reportedly been “the target of intense media scrutiny, harassment, and threats” since posting his bail in December.

Prosecutors’ case against SBF hinges on allegations that Bankman-Fried and other FTX executives used assets from the crypto exchange to fund investments through Alameda Research without the consent or knowledge of users or investors. The exchange filed for bankruptcy on Nov. 11.

FTX co-founder Gary Wang and former Alameda CEO Caroline Ellison have already pled guilty to related charges, with the latter claiming FTX was a “borrowing facility” for Alameda from 2019 to 2022. John Ray took over as CEO of FTX amid bankruptcy proceedings and also spoke to lawmakers in a December hearing exploring the collapse of the firm.