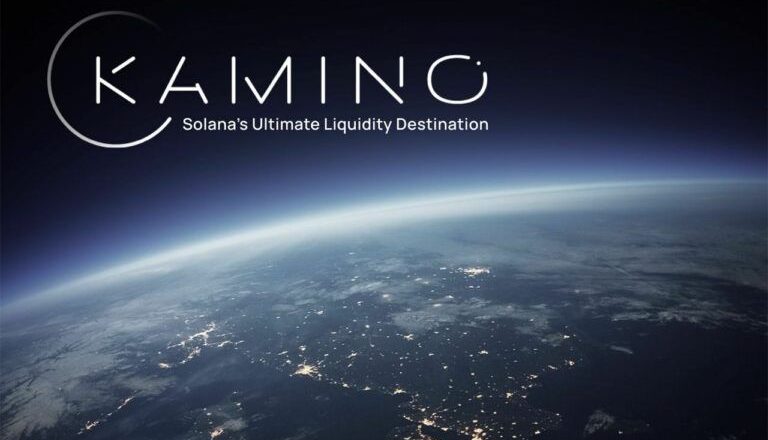 Kamino Finance has begun playing a major role in attracting liquidity to Solana’s decentralized exchanges (DEXs). The project has launched to reduce the friction between liquidity providers (LPs) and the most up-to-date technology powering next-generation DEXs, the concentrated liquidity market maker (CLMM).

Kamino provides automated solutions for liquidity providers dealing with overly complex CLMM conditions, and automated services make it incredibly easy for anyone to provide liquidity and earn yield. Historically, without a service like Kamino, CLMMs have struggled to attract liquidity from most users in decentralized finance (DeFi).

This article will look at how Kamino could bring a wave of new liquidity to Solana through its specialized services. By examining similar circumstances that have played out on a blockchain with speed and throughput a magnitude of order below the performance provided by Solana, the expectation is that faster and cheaper transactions will attract similar results.

The automated market maker (AMM) was a step change in the history of decentralized finance (DeFi). AMMs allowed users to custody their assets and execute trades without a centralized exchange (CEX). It also made it possible for anyone to earn fees as a market maker by depositing tokens into a liquidity pool and passively collecting fees from trades.

DEXs do not rely on an intermediary to execute token swaps, but they do rely on LPs to independently provide tokens that will help facilitate trade. Without LPs, trades are impossible to execute on a DEX, and without enough liquidity from LPs, trades are executed with minimal capital efficiency–meaning traders will look for other markets.

To limit traders from losing capital on a DEX, a serious amount of liquidity was required to be deposited on AMMs. However, this liquidity was not always made available, and the DeFi community gladly withstood a lack of capital efficiency for the sake of the right to trade independently of a CEX for many years.

Concentrated liquidity was destined to overtake the traditional AMM once it was first released in early 2021. The technology provided Uniswap v3 with one of the most capital-efficient ways to swap tokens in a decentralized manner. Still, this advantage benefitted traders more than LPs, who lost money due to complications with adapting to new technologies.

Charts show that in November 2021, six months after concentrated liquidity was offered on Uniswap v3, CLMMs routed around twice the trade volume ($2.16 billion) as Uniswap’s traditional AMM ($1 billion). Yet, surprisingly, the funds from LPs did not follow the ability to capture more fees.

While Uniswap v2’s AMM held $6 million in liquidity, Uniswap v3’s CLMM only attracted $4 million, despite the major disparity in volume. This meant that users were willing to deploy more capital to earn fewer fees shared with a larger pool of capital–for a reason.

Users refrained from providing concentrated liquidity because the new technology made it difficult for LPs to profit from their positions. CLMMs do a better job supplying deep liquidity at the right price for traders, but they depend on LPs to actively rebalance their positions around current values whenever prices move.

It wasn’t until a series of protocols began developing systems to automate CLMM liquidity that things started to change for Uniswap v3. Arrakis Finance is the most successful of these protocols and now manages one of the largest liquidity positions on Uniswap v3. It accounts for the majority rise in liquidity that now rests on Uniswap’s CLMM versus its AMM.

Today, Uniswap’s CLMM holds 4x the liquidity as Uniswap’s AMM and is also responsible for facilitating 17x the trade. Moreover, as liquidity is supplied more efficiently by a CLMM through automated services, the capital efficiency of CLMM trades increases to the point where traders lose zero to negligible capital on trades of enormous size.

What History Could Mean for Kamino on Solana

Solana is the world’s fastest public blockchain. It’s also one of the most cost-efficient chains to use, since trades are finalized with under a penny spent per transaction.

Solana is pushing the limits of efficiency in terms of throughput and cost, and it also has a growing number of DEXs operating through CLMMs. Therefore, it could be inferred that this combination makes Solana fertile ground for the future of decentralized trading.

By compounding these effects with the automated liquidity management provided by Kamino, something bigger than what happened on Uniswap v3 could shift large traders’ attention away from CEXs and antiquated blockchain technology.

Liquidity is the key element that decides whether DeFi trading works effectively or falls by the wayside. Kamino is opening the doors for a new generation of users to begin providing liquidity to earn yield from trade fees. As the liquidity grows, traders could be right behind, benefitting from optimized capital efficiency and lower costs.