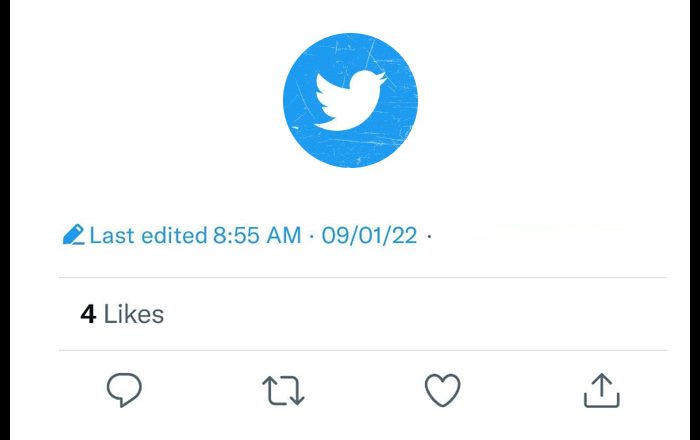 Twitter users, have for years, been demanding that Twitter adds the feature of editing tweets. And now finally, the social media platform is giving in to the demands of users by testing edited tweets.

Twitter informed its users through, what else but a tweet, that some users can start seeing edited tweets in their feeds as the company tests its long-awaited edit button.

The company was quoted as saying, “This is happening and you’ll be okay.”
In a post in its Thursday blog, the company said that it is testing the edited tweets internally and the feature would be extended to the subscribers of its paid Twitter Blue service later this month. The test will first be sent to Twitter Blue subscribers in New Zealand, followed by countries like Australia, Canada and the US. Users outside the test group can also see the edited tweets on the platform.

Although many people are supportive of an edit option in tweets, others are worried about the possible implications of such a feature. Safety experts question, “what will happen if a harmless tweet went viral and then was edited to include harassment or misinformation, increasing the reach of a tweet that might otherwise not have spread?

Twitter also said in its Thursday blog post that in this test, tweets can be edited “a few times” for up to 30 minutes after they are first posted. Edited tweets will have an icon, label and timestamp to show that they have been modified, and users can click through to a tweet’s “edit history” to see past versions.

“Like any new feature, we’re intentionally testing Edit Tweet with a smaller group to help us incorporate feedback while identifying and resolving potential issues. This includes how people might misuse the feature,”, the company added.