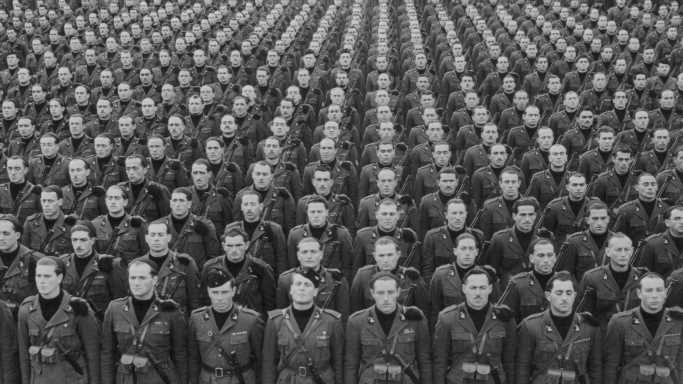 The Greatest Marine In U.S. History

How do you decide who the best member of each military branch is? Is it the person who fought in the most battles? Is it the person who killed the largest number of the enemy? The Marines have a long history, which dates back to 1775. The most decorated Marine and the consensus choice as the greatest Marine is Lewis Burwell “Chesty” Puller, who fought in Haiti, Nicaragua, WWII, and Korea. He retired in 1955 as a Lieutenant General. By then, he had received the Navy Cross, Distinguished Service Cross, Legion of Merit, Purple Heart, Silver Star, Bronze Star Medal, and Air Medal.

The U.S. occupied Haiti in 1915. The occupation lasted until 1934. Most historians believe this occupation began because American banks worried Haiti would default on its debt. The U.S. was involved in the Haitian economy for almost a decade. Puller was involved in several violent clashes with local guerillas.

Puller next saw military action in Nicaragua. This began in 1928. He won two Navy Crosses there and was deployed in action twice. After this, he served as part of a Marine detachment in China and on the USS Augusta in the Pacific.

Puller earned much of his reputation as an officer and leader in fierce combat at Guadalcanal, one of the deadliest battles of the Pacific. He defended an American airbase against a Japanese attack. He commanded the same group in In 1944 during the battle of Peleliu. Out of the over 3,000 Marines under his command at Peleliu, over 1,700 were casualties.

During the Korean War, the North Korean military forces forced U.S. and UN forces into a small part of South Korea. In one of the most daring moves in military history, General Douglas MacArthur landed U.S. military force behind enemy lines by coming ashore at Inchon on September 14, 1950. Puller was among the officers who oversaw this attack. The landing was successful, despite fears of McCarthur’s superiors, and helped turn the tide of the war. Puller returned to the U.S. in 1951. He was promoted to lieutenant general in 1955.

Although there is some dispute about where he got his nickname “Chesty,” most accounts are that it was because of his barrel chest.