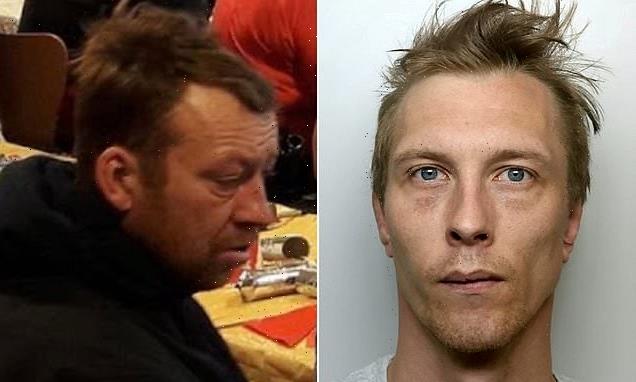 Racist thug, 30, who battered a homeless man to death in ‘animalistic’ street attack because he was Polish is jailed for life with 27-year minimum term

A racist thug who savagely battered a homeless man to death as he slept in his sleeping bag because he was Polish has been jailed for life.

Grant Harding, 30, punched, kicked and stamped on Robert Jadecki, 44, in a ‘violent and unprovoked’ assault in Northampton in the early hours of June 16 last year.

A court heard he launched the ‘animalistic, brutal and vicious’ street attack after he offered Mr Jadecki a drink as he sat outside a shop and heard his Polish accent.

Witnesses said Harding launched a torrent of racist abuse at Mr Jedecki before beating him to death while screaming he was ‘going to kill him’.

The victim was rushed to University Hospital Coventry with serious injuries but died later that day just after 9.30pm.

Emergency services were called and Harding was arrested nearby after being chased and detained by a brave member of the public.

Harding was found guilty of murder following a trial at Northampton Crown Court and was jailed for life today to serve a minimum of 27 years. 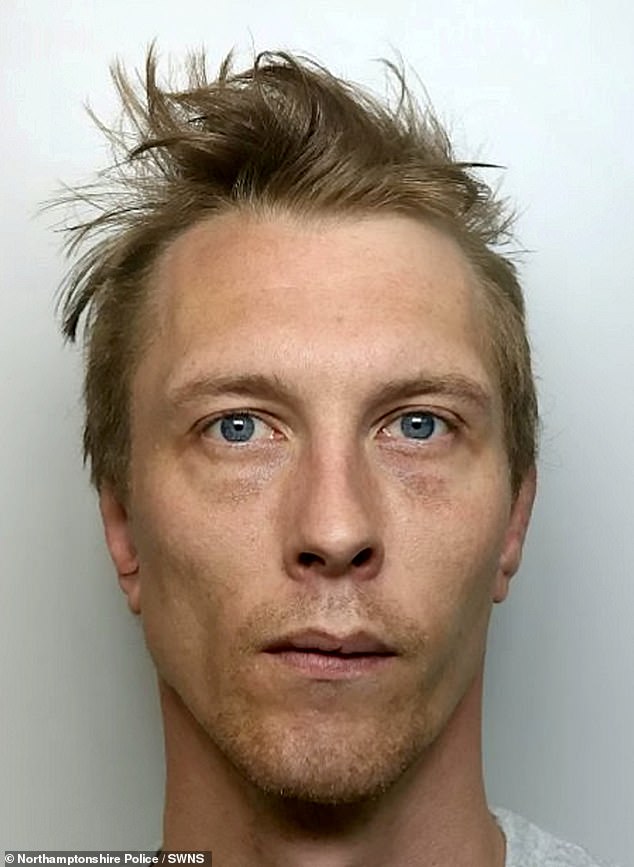 In her sentencing remarks, Judge Adrienne Lucking said the sentence reflected the fact the attack was racially motivated because Robert was Polish.

She said: ‘When Robert Jadecki told you he was from Poland your attitude towards him changed.

‘Robert Jadecki saying he was from Poland triggered your violent response.

‘The last moments of Robert Jadecki’s conscious life were filled with pain and fear.

‘I am sure you intended to kill Robert Jadecki.

‘You chose to put yourself in that violent state of mind.

The court heard how Harding finished work that day, went to the pub and told a friend he was going to get ‘out of his head’, ‘smack somebody’ and likely ‘end up in jail’.

Prosecuting, Karim Khalil, said Harding ‘knew what he was likely to do that night by taking drink and drugs but continued to do it nonetheless’. 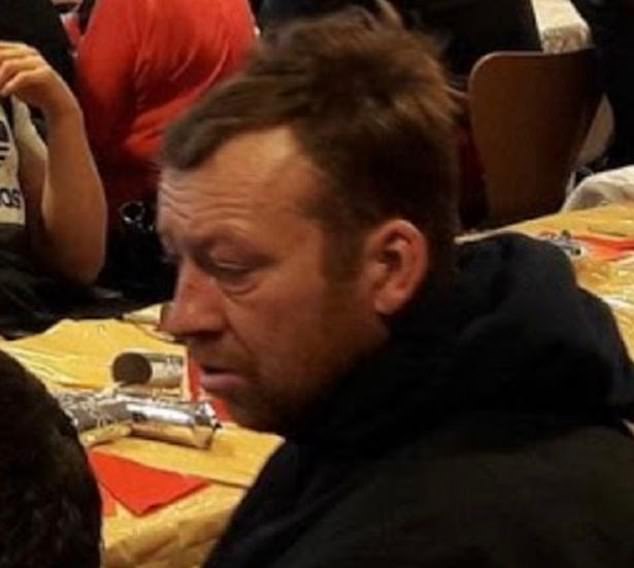 Robert Jadecki  was ‘punched, kicked and stamped’ to death  by Harding because he was Polish

By midnight, Harding was heavily intoxicated with alcohol and cocaine and went to the Co-op shop where he saw the ‘defenceless’ Mr Jedecki in a sleeping bag.

David Nathan, defending, said that Harding has been bullied all his life for his ears, speech and hearing.

He added: ‘It is difficult to reject if he had not have gone through this experience as a child, would this offence have occurred? No.’

Detective Sergeant Robert Gray, from the Major Crime Team at the East Midlands Special Operations Unit, said afterwards: ‘Robert Jadecki was a mild-mannered man who was well-thought of in the local community as well as by the Hope Centre.

‘He was assaulted by Grant Harding in a vicious and unprovoked attack so I am really pleased that Harding has been handed this lengthy prison sentence as a result.

‘Being homeless does not make Robert’s death any less important than anyone else’s, and again, we really want to highlight this point.

‘Hester Street was Robert’s home, and he was savagely beaten to death in his sleeping bag.

‘He didn’t deserve to die, and I am pleased that we have been able to give him the justice he deserves.’

The Hope Centre in Northampton is day centre for homeless, vulnerable and disadvantaged people where Robert often attended.

A spokesperson for the centre said after his death: ‘His senseless, tragic death has shocked us all deeply, not least in how it happened, but mostly because everyone who knew Robert felt warmth towards him.

‘He had an endearing, lovable side to him that nearly everyone responded to.

‘His death highlights once again the horrific risks people on the street face and I rejoice that working with other agencies, we have seen nearly all rough sleepers get off the street.

‘Robert was amongst a group of people who are the most excluded in our society, the most oppressed and the most abused.

‘Society has to be more caring in helping people like Robert and protect them from the violence and fury they face.’