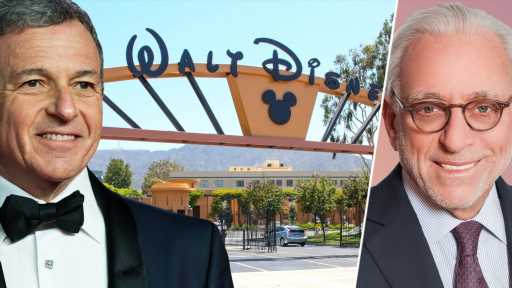 Disney came out swinging Tuesday against Trian Partners and owner Nelson Peltz, the activist investor who’s pushing a proxy fight to take a seat Disney’s board. “The current board is the right board for Disney shareholders,” the company said in a filing today with the SEC. “Nelson Peltz does not understand Disney’s business and lacks the skills and experience to assist the board in delivering shareholder value in a rapidly shifting media ecosystem.”

The public battle has been raging mostly so far on the website of the  Securities and Exchange Commission where Trian filed a string of documents last week urging Disney shareholders to vote for Peltz as director at the upcoming annual meeting, and in opposition to Disney’s own nominated slate of directors. Trian said Disney has suffered from “self-inflicted wounds” and could benefit from outside advice and direction. Trian had said that meetings it sought with executives to discuss were too little, too late.

“Peltz, or Isaac Perlmutter (an employee and shareholders of Disney who currently serves as Chairman of Marvel Entertainment) on Peltz’ behalf, asked for a Board seat or suggested he should be added to the Board no less than 20 times since July 2022,” Disney said.

Disney today slapped up its own stream of financials to defend its track record, its deals and current CEO Bob Iger, who re-took the reins in November, and, the company noted, created significant shareholder value for the company during his previous tenure.

“Peltz has no track record in large cap media or tech, no solutions to offer for the evolving media landscape. And if MSG Sports is his training ground, it has not been a good one,” Disney said. Pelz has known MSG owner James Dolan for years and holds a stake in the company.

Is Unofficial Marvel Ban Over With ‘Black Panther’, ‘Ant-Man And The Wasp’ Feb Releases?