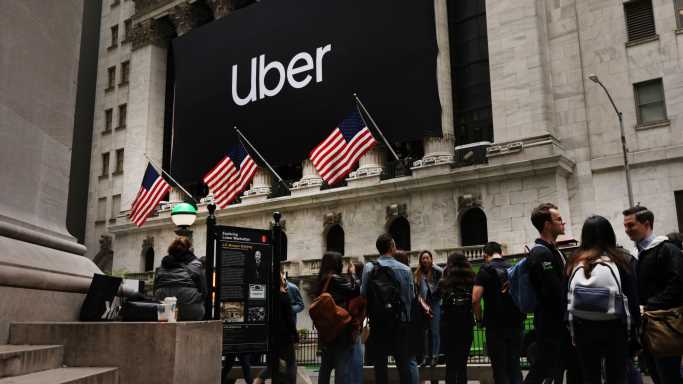 Uber is America’s largest ride sharing service, with 3.8 million drivers worldwide and a market capitalization of about $45 billion as of July 18.

Since it was founded in 2009, the San Francisco company has matched riders with drivers who signed up for its service. Though at first laid-off workers and retirees seized the opportunity to become drivers and earn some money, working flexible hours, soon it became clear that not is rosy for Uber drivers. Over time, the company has managed to upset not only its drivers and customers, but its shareholders and government agencies too. (Find out where Uber ranks on this list: this company has the worst reputation in America.)

24/7 Wall St. reviewed median sources to find 25 embarrassing moments in the company’s short history, listed in the order they occurred. (Unfortunately, Uber is not alone struggling with poor reputations. Here are companies that changed their names after scandals.)

Uber may not have created the ride sharing industry, but no U.S. company has come close to equaling its success. It operates in 80 countries and in almost 800 metropolitan areas. Its “fierce sense of entrepreneurialism,” in the words of CEO Dara Khosrowshahi, led to rapid, spectacular growth, propelled by the rise of smartphones, the introduction of app stores, and the desire for on-demand work.

Though such rapid expansion can sometimes lead to missteps, not many growing companies can rival Uber in the scale and breadth of its lapses. Uber was accused of utilizing technology stolen from Google to build its own autonomous-car business. The company used software to evade authorities in cities where its business operations had not been approved or had been forbidden. Its Singapore operations rented a Honda model to its drivers even though its managers knew that the particular vehicle had been recalled over fire concerns.

Uber met tenacious opposition from taxi drivers in Paris and London, leading to violent protests in the former and the loss of its operating license in the latter.

Internally, the company experienced turmoil. It was accused of promoting a “bro culture” that  was oppressive to women. A sexist marketing campaign in France raised the ire of a tech blog journalist who wrote a scathing critique of the company. That prompted an Uber executive to  suggest the company hire opposition researchers and journalists to dig up information to be used against unfriendly reporters. That executive was eventually forced out of the company. He wasn’t the only executive to leave Uber under a cloud. The human resources head resigned following an internal discrimination probe.

Uber’s brand might have been damaged, but it still holds an almost 70% share of the ride sharing market in the U.S. The ride sharing industry continues its relentless expansion and has an estimated worth of $61 billion.