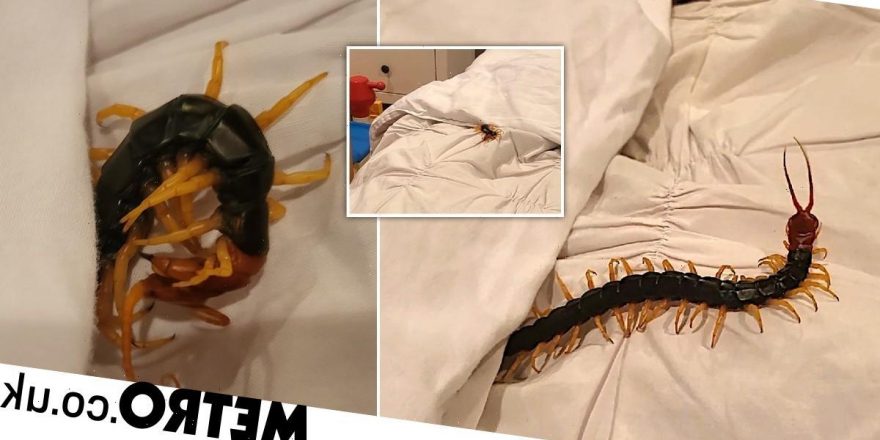 It may look like something out a nightmare, but this terrifying creature is very much real.

Jesse Pye, 35, had just woken up for work when he realised something was amiss.

As his eyes groggily opened, he spotted what seemed to be a ‘creature from hell’ in bed with him.

Jesse whipped out his camera to get stomach-churning footage of the insect as it scuttled across his sheets.

‘I saw something black that looked like a snake or a giant worm, I wasn’t sure what it was, but I knew it wasn’t good!

‘My immediate reaction was to move slowly and grab my glasses and phone.

‘I started to film it because I couldn’t believe what I saw.’ 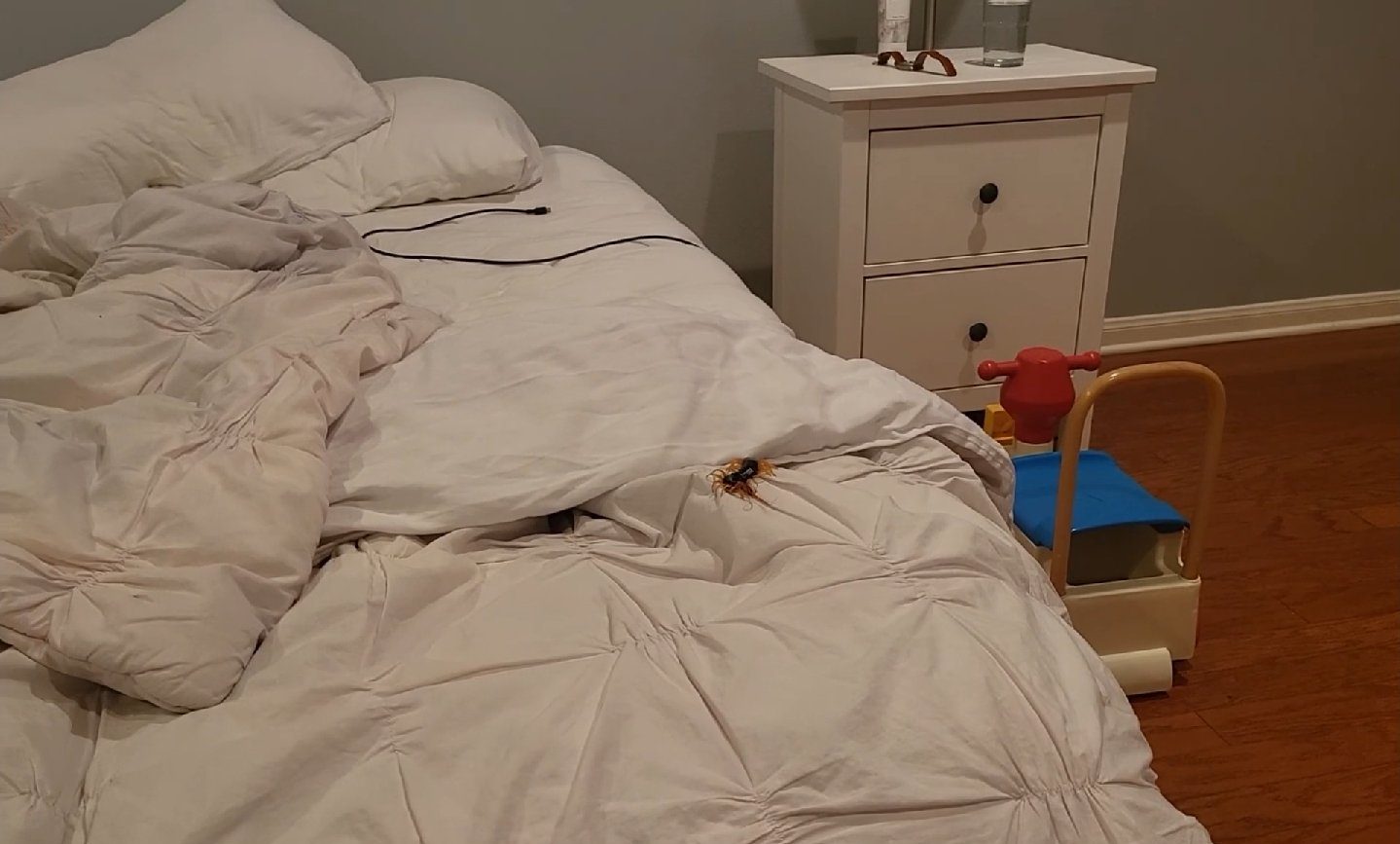 ‘It was then that he saw the long body, bristling with dozens of legs.

‘I knew it was a centipede but wasn’t sure what type,’ said the software engineer.

‘I wasn’t sure if it was venomous.

Jesse, who had been staying with a friend in San Antonio, Texas, took to the internet to try find an answer as to what the terrifying insect was.

He posted his footage and realised his ‘creature from hell’ was in fact a giant redheaded centipede.

Its venom typically causes sharp, searing pain around the bite, with the further possibility of nausea, headache and skin necrosis.

Individual cases of bites leading to kidney failure and a heart attack have also been documented.

Jesse estimated the bug in his bed was up to eight inches long.

After posting the footage online, commentators advised him to ‘burn the entire place down’ or ‘shoot the damn thing.’

Jesse thinks the insect may have been tempted inside by the soaring temperatures outside.

He said: ‘I researched online and they say centipedes escape the heat.

In the end, Jesse spared the centipede and took his bedding outside the house.

There he shook it until the centipede fell and ran away on its many legs.