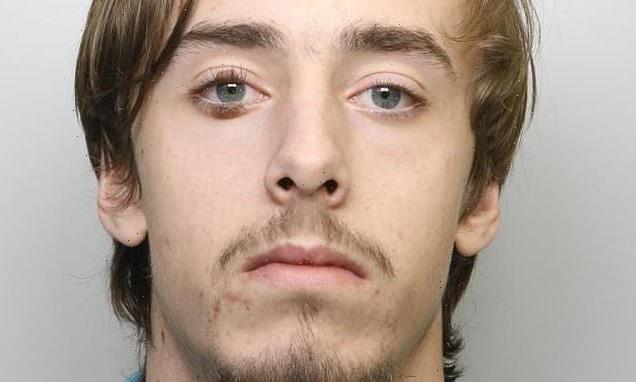 Father, 22, is jailed for three years for leaving his six-week-old baby with 12 broken bones while mother who did nothing to stop attacks avoids prison

A 22-year-old father has been jailed for three years after abusing his six-week old baby ‘in temper’, resulting in 12 broken bones – and has now been named and shamed by the judge.

Jack Heslip, 22, abused the boy ‘roughly, probably in temper’ after the newborn came home from hospital in 2018 – and the court heard he admitted he ‘may’ have dropped the baby.

The child suffered fractures to the right thigh bone, lower right and left legs, left and right collarbones, at least four ribs along with left and right wrists.

He has now been taken into care and has been adopted. 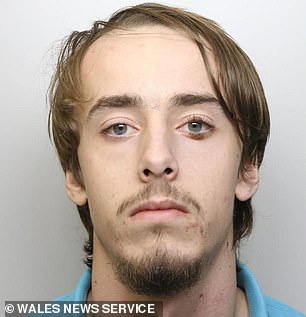 Heslip, who also has previous convictions for burglary and cannabis possession, was jailed for three years – and a judge lifted an anonymity order on him so his crime could be made public.

At the time of the sentencing he was already in custody at HMP Berwyn, Wrexham, for another offence.

A court heard Heslip committed the crime when he was just 18 and was ‘an immature young man.’

Judge Niclas Parry said: ‘It’s heartbreaking to think, even to imagine, the pain and misery that was caused to that six-week-old boy.’

Heslip, of Welshpool, Powys, pleaded guilty to seriously neglecting and using significant force on the boy.

Judge Parry added: ‘You were simply incapable of and not prepared for the responsibility of parenthood because of your level of maturity.

‘It is accepted that there was no intention to cause these injuries.’

Baby’s mother Jodie Hutchinson-Purcell, 23, now of Crawley, was sentenced to 10 months in prison, suspended for two years, after the judge ruled she could have ‘done more’ to protect her child.

She was heard sobbing in court as the verdicts were handed down.

Judge Parry told her: ‘You let this happen. You know you should have done more to stop it. You ignored warnings from your mother that the baby was in danger’, reports Powys County Times.

The judge added: ‘You’ve lived a life of trauma and abuse and clearly you were cognitively and emotionally immature. I have read about the positive and stabilising features that now exist in your life.’

Her sentence was also a reflection of her lack of maturity and mental health conditions.

Heslip was sentenced to three years in prison at Mold Crown Court, but the baby’s mother avoided jail and was handed a suspended sentence

Paramedics were called to the property in Welshpool and the baby was taken to The Princess Royal Hospital in Telford, Shropshire on December 9, 2018 for CT scans of his head and chest.

Doctors and medical experts agreed that the baby had suffered ‘typical non-accidental injuries’ that were likely caused on more than one occasion, Mold Crown Court was told.

Judge Parry said: ‘There can be no greater responsibility than having the care of a child, particularly a child as young as six weeks old – non-mobile and entirely dependent upon you.

‘All of this happened because you treated him roughly, probably in temper. You would use force that would be significant that led to injury.’

‘It defies belief to read one of the documents referencing your claim that you may have dropped the baby.

‘You would know if you had dropped a six-week-old baby.’

Heslip has spent significant amounts of his adult life in prison and was also found guilty in January 2021 of various offences and sentenced to three years and four months in prison.

He pled guilty to six counts of burglary one charge of attempted burglary and two counts of possession of cannabis.

The burglaries all took place in East Grinstead, where he was resided at the time.

He was also arrested in November 2019 for breaching a community protection order in the area.