As millions of people brace for an arctic blast that is expected to bring extreme cold to much of the country, cities are warning residents to prepare now for potentially dangerous winter weather ahead of the holiday weekend.

A strong arctic high-pressure system extending from western Canada to the northern Plains is expected to bring “very cold air” across the region, while extending into parts of the Pacific Northwest this week, according to the National Weather Service.

As of Tuesday morning, some 46 million people were under winter alerts stretching from the northern Plains into the Ohio Valley.

The Federal Emergency Management Agency is advising people to ready for possible power outages by stocking up on nonperishable food and water and storing medicine inside coolers with ice to keep them fresh. The agency also said pet owners should ensure their furry friends have updated collars and tags and are microchipped, and they should have contingency plans in place should families need to relocate.

United Airlines, American Airlines and JetBlue have all issued travel alerts and are waiving change fees depending on date and destination. 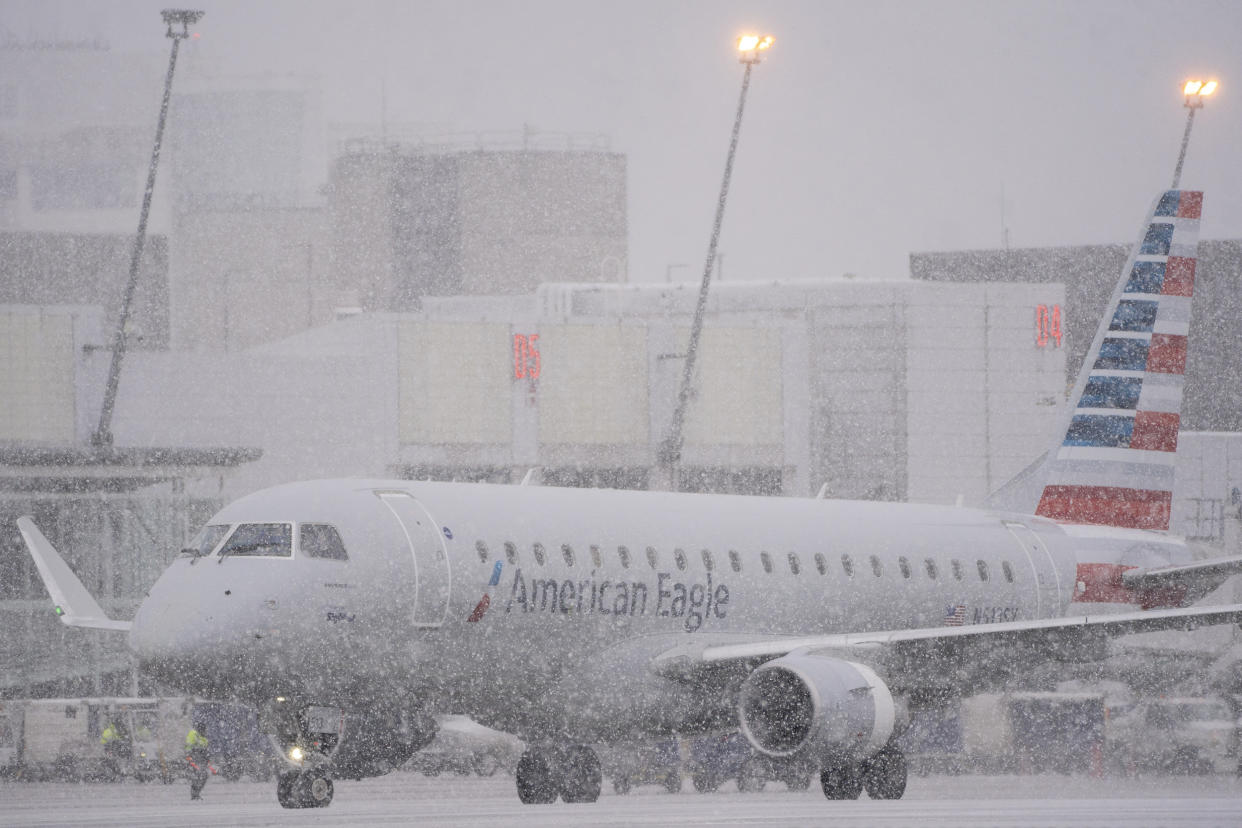 Denver could see its coldest day in 32 years, and officials are advising residents to avoid being outside for extended periods, the National Weather Service tweeted Tuesday.

The city’s Office of Emergency Management will transform the Denver Coliseum into a 24-hour warming center starting Wednesday. Recreation centers and libraries will remain open during regular operating hours and function as warming centers Thursday and Friday.

The Seattle region is also opening warming centers across King County, including overnight shelters for families experiencing homelessness. Several area colleges and schools closed Tuesday because of inclement weather as snow fell across the region.

In Houston, which experienced a deep freeze in 2021 that knocked out power for millions of residents, officials said they hoped this year would not be a repeat.

The Electric Reliability Council of Texas, which oversees about 90% of Texas’ energy production, said changes have been made since then to increase grid reliability and resiliency.

“Providing Texans with a reliable electric grid is our highest priority,” Pablo Vegas, president and CEO of the council, said in a statement. “We will keep the public informed as weather conditions change throughout the coming week.”

Houston will open shelters ahead of a freeze that could make temperatures feel as cold as 2 degrees, according to the city’s Office of Emergency Management. San Antonio will also open warming centers.

Texas Gov. Greg Abbott sent a letter to President Joe Biden on Tuesday asking for immediate aid to address “the dire border crisis” in El Paso before dangerously cold weather arrives, he said in a statement.

“This terrible crisis for border communities in Texas is a catastrophe of your own making,” Abbott wrote in part. “These communities and the state are ill-equipped to do the job assigned to the federal government—house the thousands of migrants flooding into the country every day. With perilous temperatures moving into the area, many of these migrants are at risk of freezing to death on city streets.”