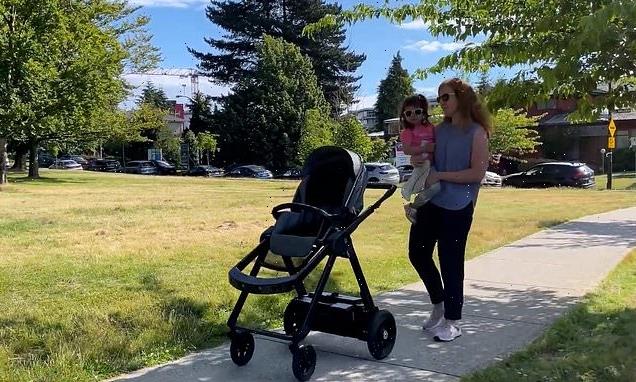 The 'driverless' baby buggy you control at arms' length

Look, no hands! The ‘driverless’ baby buggy you control at arms’ length for parents who are happy to let technology take them for a walk

A ‘driverless’ pram has been designed for tired mums and dads brave enough to let technology take their baby for a walk.

Costing £2,740, the AI-powered Ella baby stroller has two electric motors that allows it to push itself unaided up to nearly 5mph.

Onboard sensors will automatically stop it if it goes further than arms’ reach from the parent walking alongside.

While pushing it, the handlebars will light up and vibrate to alert them if any obstacles or dangers ahead, such as speeding cars.

Canadian firm Gluxkind are unveiling their ‘Advanced Parent Assist System’ for at the 2023 Consumer Electronics Show in Las Vegas this week. 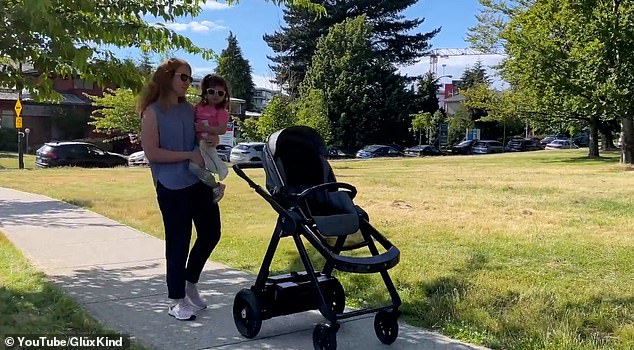 Costing £2,740, the AI-powered Ella baby stroller has two electric motors that allows it to push itself unaided up to nearly 5mph

It was designed by married couple Anne Hunger and Kevin Huang – who describe it as the Tesla of prams – while expecting their daughter while in 2019.

The pram weighs 30 pounds – slightly heavier than the average stroller – and lasts for eight hours on a single charge.

The speed is currently capped at 4.3mph but there are plans in future to make it faster so parents can jog alongside it.

To comply with safety standards, the driverless function only works when there is no baby inside. Sensors are in place to make sure there is always at least one hand on the handlebar. 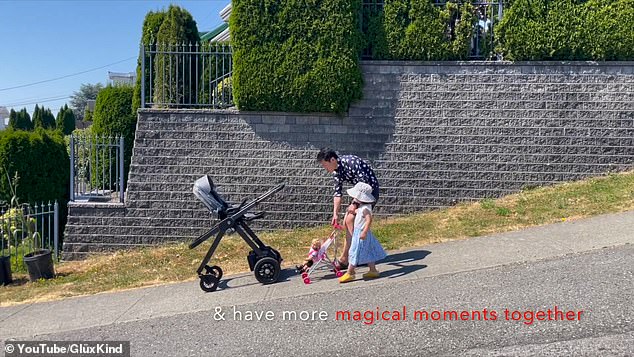 However, if they want to hold the baby, it can motor along beside them hands-free.

Gluxkind is launching the stroller in the US and Canada this year and is looking into expanding in Europe in 2024.

Having tested the prototype on their now two-year-old daughter Sophia, Mrs Huang, who is chief product officer, said: ‘We really want to relieve all that stress and hassle from parents and allow them to save their physical and mental energy for their interactions with their kids.’

The Ella stroller is named after her grandma as its purpose was aimed at also helping older people who help look after children.

When the baby is inside, the stroller will work similar to an e-bike in helping them get up hills more easily while they push. It can also automatically slow down as it goes downhill. 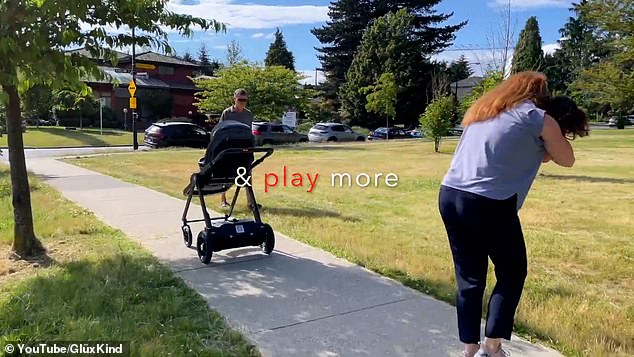 While pushing the pram, LED lights flash and the handlebars flash if there is a hazard coming up. If there is an immediate danger, the pram makes a loud noise to alert the parent. If it is driverless, it will immediately stop.

The high-tech buggy – which comes with a connected app – also features a ‘rock my baby’ mode and in-built white noise machine that can soothe a restless baby or help one stay asleep even after the walk is over.

To comply with safety regulations, the stroller is not yet allowed to be completely driverless when the baby is inside – despite having the capacity to do so.

The current version requires parents to have at least one hand on the handlebar or take the baby out. However this may not be the case in future iterations.