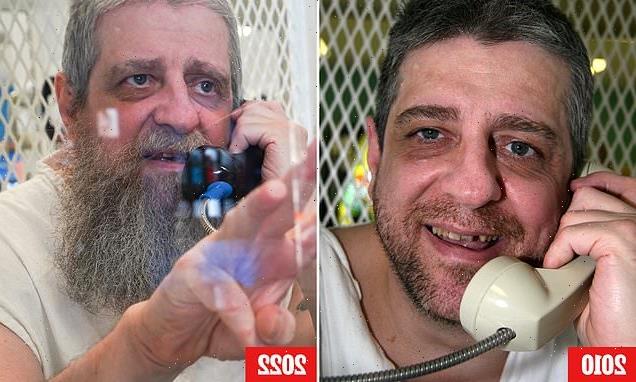 Breakfast at 3am and non-stop screaming: Texas death row inmate, 60, on his 30 years behind bars including avoiding FIVE execution dates for murdering his girlfriend and her sons

A Texas death row inmate who has spent almost 30 years incarcerated is still hopeful of being released after avoiding five execution dates – including one in which he was spared lethal injection with just 20 minutes to go.

Hank Skinner, Sentenced to death in 1995 for the murder of three people on New Year’s Eve two years earlier, has ambitions to campaign to abolish the death penalty after his ‘release’.

‘I am optimistic I won’t end up here,’ he told AFP during an interview. ‘I should have never been here to start with. And it’s been a long journey.’

But he has so far avoided a total of five execution dates, in one case missing the executioner’s needle by only 20 minutes.

The last stay was back in 2011. Over a decade later, the death-row inmate is still holding out hope his conviction will be overturned.

The justices delayed the execution because they were deciding whether to grant a review of Skinner’s appeal seeking DNA tests on crime scene evidence that has never been tested.

Incarcerated in Livingston, a town some 80 miles north of Houston, Skinner has always maintained his innocence. 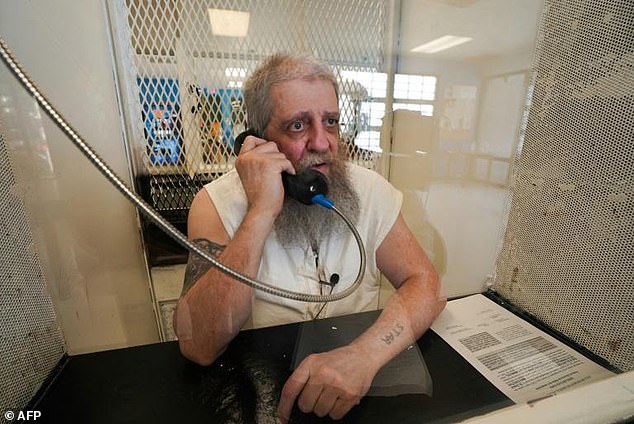 Death row inmate Hank Skinner speaks with AFP in the visiting room at the Allan B. Polunsky prison in Livingston, Texas in May 2022 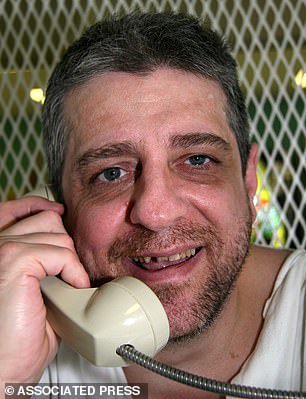 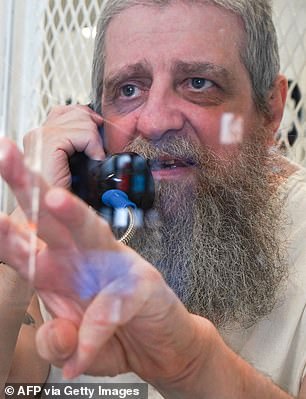 Skinner is pictured in 2010, left, when his execution was delayed, and right in 2022 after remaining on death row years later. Skinner was found in a nearby house with blood on his clothing, but insists that DNA testing would prove his innocence

He spoke to AFP via telephone from behind a glass window at the Allan B. Polunsky prison, wearing a white prisoner’s uniform.

During his conviction, Skinner did not deny having been in the house where the three died, but said he had passed out from a combination of drugs and liquor.

Skinner was found in a nearby house with blood on his clothing, but insists that DNA testing would prove his innocence.

The father of three, who recently turned 60 and has a salt-and-pepper beard, Skinner has now been waiting for more than three years for a decision from the state’s highest criminal court.

The Texas Court of Appeals will weigh in on whether it believes the jury that sentenced him would have made a different choice had it had access to DNA tests that are available today.

Texas has 197 death row inmates. In 2020 and 2021, six were executed but 11 were taken off the list after their sentences were reviewed.

Some of those are still behind bars. One of them is Raymond Riles, who had his death sentence commuted to life in prison due to a history of mental illness.

Others are free; Cesar Fierro was returned to Mexico after 40 years on death row.

If the court agrees with Skinner, he will remain in prison but will be able to appeal in an attempt to prove his innocence.

In March 2010, the US Supreme Court spared him 23 minutes before he was scheduled to receive a lethal injection, just after what was supposed to have been his last meal.

It was his lawyer who told him the good news. 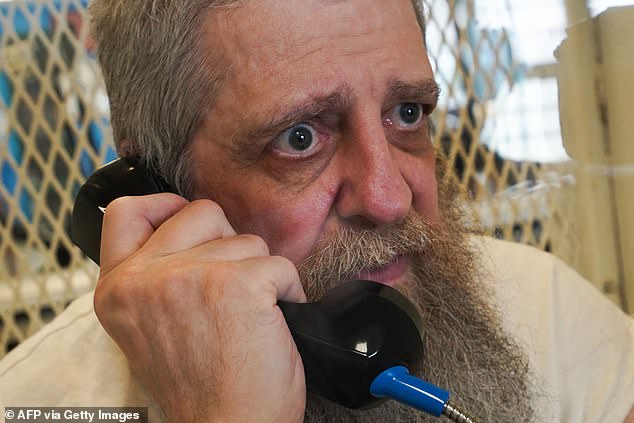 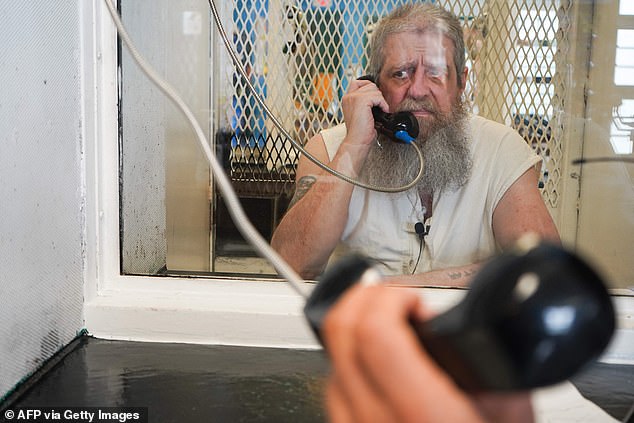 Living in the detention center means Skinner’s days are filled with noise, morning to evening 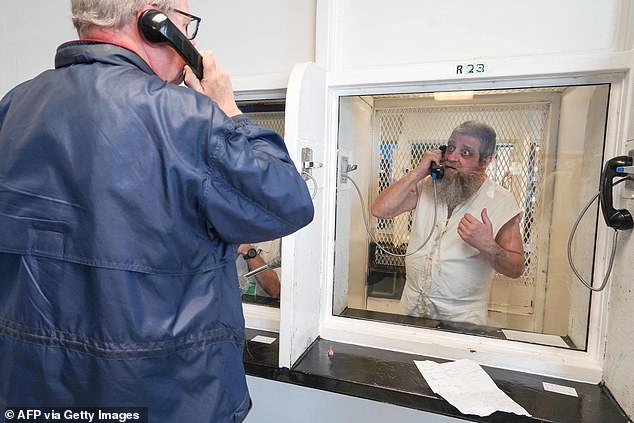 Seeing fellow prisoners die, Skinner said, is harder than being locked up in a small cell 22 to 23 hours a day

‘I dropped the phone and I just slid down the wall. And I didn’t realize it but I had tears running out of both eyes,’ he said.

‘I felt like somebody had picked up a 1,000-pound weight off of my chest. I felt so light. I thought I was gonna float away.’

Once the euphoria and shock wore off, he suffered a terrible low as he came to terms with the fact that he would have to return to death row and ‘all the suffering here.’

Seeing fellow prisoners die, he said, is harder than being locked up in a small cell 22 to 23 hours a day, without television or physical contact with others except when guards handcuff or uncuff him.

A total of 127 inmates have been put to death since 2010 in Texas, the state that executes the most people.

Living in the detention center means Skinner’s days are filled with noise, morning to evening.

‘You have some people here who are mentally disturbed. They beat on the walls, they kick the doors, they scream and holler to the top of their lungs,’ he said.

Others shout conversations with imaginary people. Still others engage in real dialogue, but noisily. 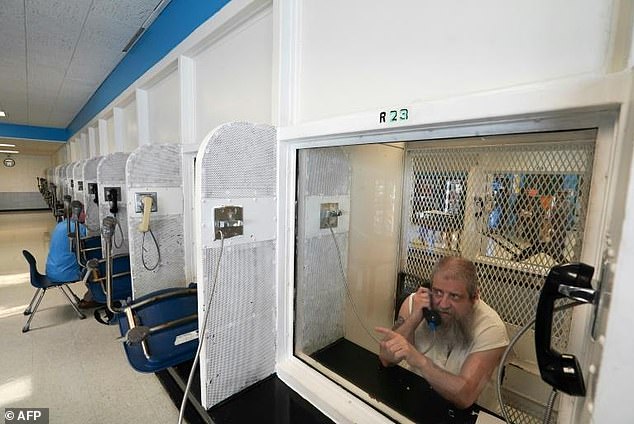 Death row inmate Hank Skinner says it is difficult to maintain any sort of life rhythm at the Allan B. Polunsky prison in Livingston, Texas

‘It’s cacophonous all the time. But you learn to just tune it out,’ Skinner said.

Because there is no daylight, and also because breakfast is served at approximately 3:00 am, he says it is difficult to maintain any sort of life rhythm.

He sleeps when he collapses from fatigue and takes advantage of the quieter periods of night to read, often perusing other convicts’ files.

Having worked in a law firm before his conviction, he is happy to share his expertise with them.

‘I help anybody with their appeals except baby rapers, people who kill and mutilate children. That, I can’t do it,’ he said into the phone handset.

‘I have a reputation — I’ve walked 11 people out of here. That’s better than practically any death penalty lawyer can say, except my lawyer.’

In 2008, Skinner married a French anti-death penalty activist, who is also convinced he was the victim of a miscarriage of justice.

If he is released ‘we will find a little house in a forest where we can both spend time together,’ his wife Sandrine Ageorges-Skinner said in French.

As for his remaining years of life, ‘I’d like to spend every minute of that with my wife,’ Skinner said.

He also has another project in mind: ‘I’m gonna end the death penalty worldwide.’

‘I think if people knew what it was really like, they wouldn’t vote for the death penalty. I’ve always believed that,’ he said. 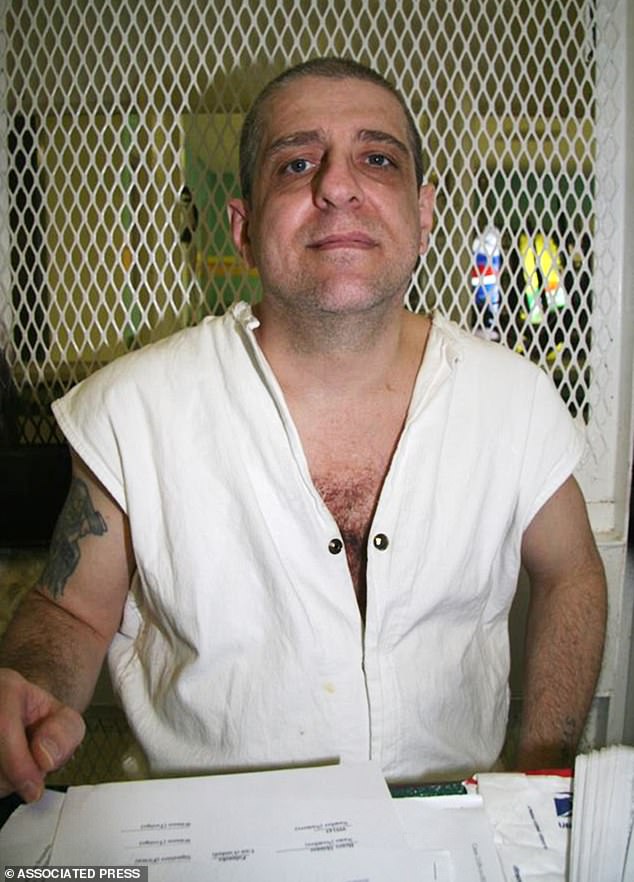 In this photo taken Dec. 16, 2009 is death row inmate Hank Skinner seen in the visiting area of the Texas Department of Criminal Justice’s Polunksy Unit in West Livingston 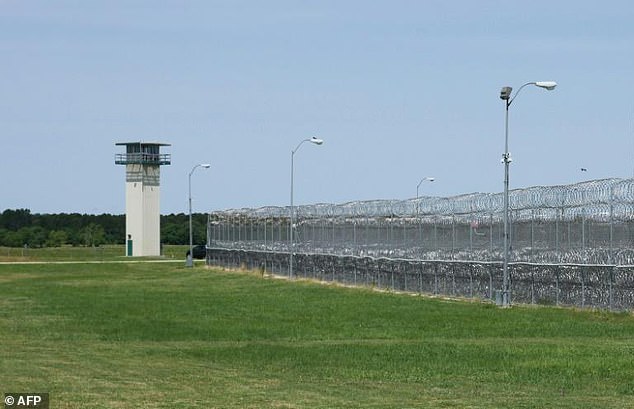 The Allan B. Polunsky prison and the wing of the building which houses Texas’ death row inmates is located in Livingston, Texas