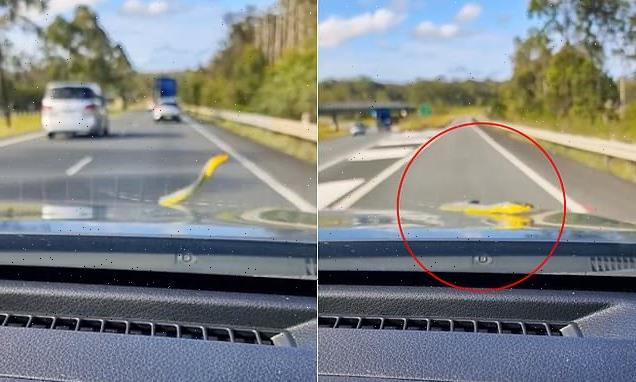 It’s a windscreen VIPER: Horrifying moment a green snake slithers across a car’s engine and clings to the bonnet at high speed

A couple were given the shock of their lives after spotting a snake slithering out of the car’s engine while driving down a busy highway.

Kerry Jenkins and her partner were driving down a motorway when they noticed the head of the small green tree snake poking over the front of their vehicle.

A stunned Ms Jenkins quickly pulled out her phone to capture the bizarre encounter with the reptile. 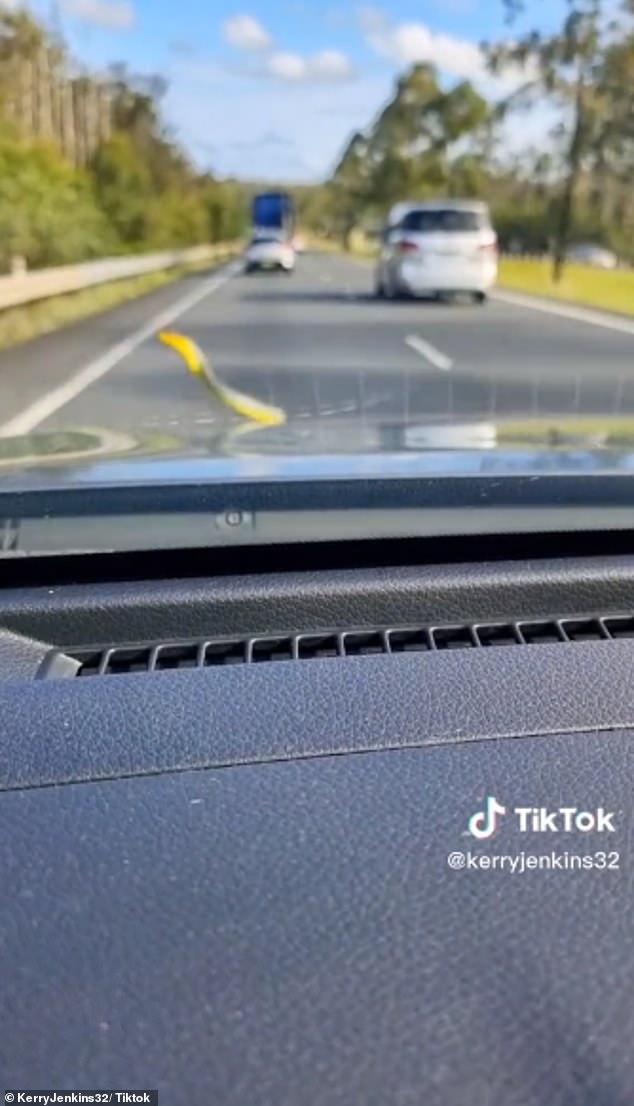 ‘It’s a green snake, mate you need to pull over,’ she said.

The snake is seen in the footage swinging from side to side as the car continues to travel down the busy road.

‘There’s no where to f***ing pull over,’ her partner said.

Ms Jenkins insists the driver to pull over so they can get rid of the snake.

‘I don’t want to get anywhere near it,’ the driver said.

The snake manages to hold onto the front of the car until the vehicle pulls off the highway.

It then slides across the hood before dropping off the vehicle. 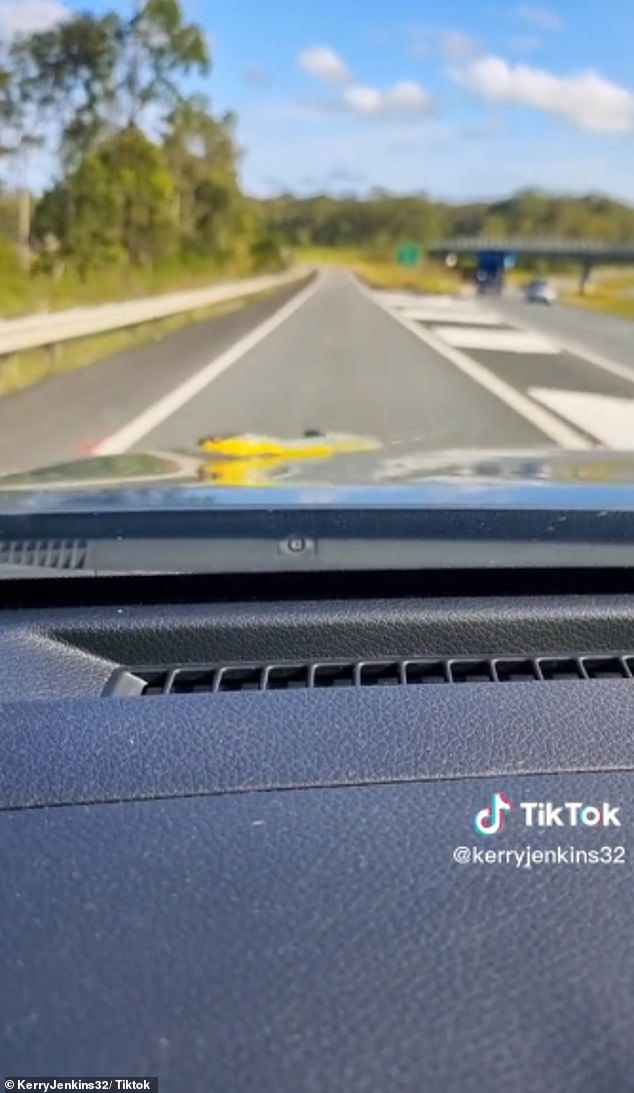 Footage of the shocking encounter was shared to TikTok where it has been viewed more than 3.5million times.

Social media users quickly shared their shock and disbelief at the video.

Green tree snakes are found in northern and eastern Australia and can grow up to 1.8m in length.

They have no fangs or venom and are more likely to slither away than bite when approached – but residents are still recommended to not approach them.