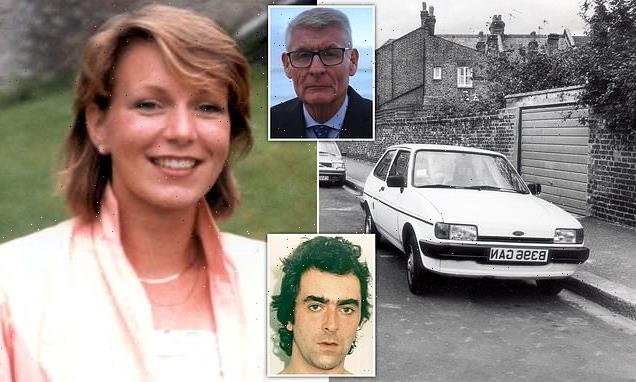 Suzy Lamplugh’s killer could be caught if new forensic techniques are used on a mystery DNA fingerprint found on her car’s rear view mirror, a former detective has said.

Ex Detective Supt Jim Dickie said a tiny sample was taken from a smudged print on the white Ford Fiesta after the 25-year-old’s disappearance – and now technology may be able to extract a profile, after failing to do so 22 years ago.

Suzy Lamplugh, 25, went missing in Fulham, West London, in July 1986 – and her body has never been found, even after three decades of searching.

Mr Dickie said: ‘I am unaware if the DNA sample from the fingerprint has been progressed and whether there is sufficient to test it without destroying it.

‘My advice from the experts was scientific advances may improve sometime in the future and DNA science may develop to enable testing without destroying it.

‘I am unaware if this is still the case or a review and test have taken place and if so what the result was. 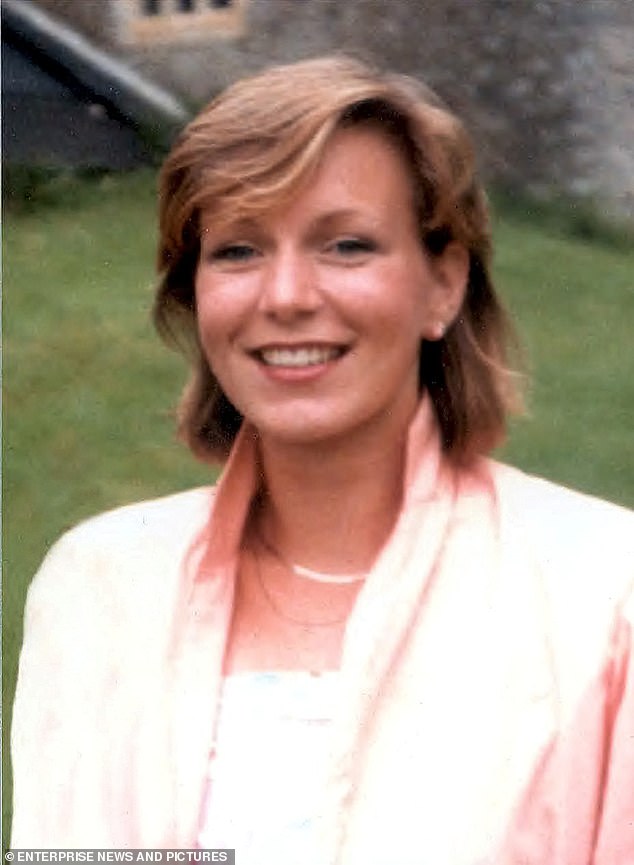 Suzy Lamplugh, 25, went missing in Fulham, West, in July 1986 ad her body has never been found – but a fingerprint sample taken from her car may unlock a key if modern technology is used, a former detective said 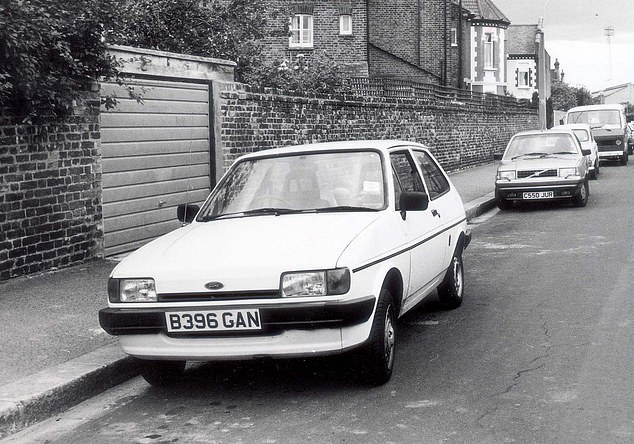 Suzy’s company car (pictured) was found after she went missing outside a property for sale in Stevenage Road. The doors were unlocked, the handbrake was off and her purse was found in a side door pocket

‘Certainly up to two to three years ago this had not taken place.’

The sample on the company car that the estate agent drove to meet ‘Mr Kipper’ did not match a profile when detectives tried to extract one in 2000.

But new technology may be used to find a match and find the woman’s killer, while the prime suspect John Cannan is currently on his death bed in prison.

Cannan, 68, who is already serving 35 years in prison for a separate murder, was named as the prime suspect by police 20 years ago.

But he has always denied any involvement in Suzy’s murder, even as he receives end-of-life palliative care in Full Sutton jail, East Yorks.

Suzy went missing on a summers night in West London back when Madonna’s Papa Don’t Preach was top of the UK charts. 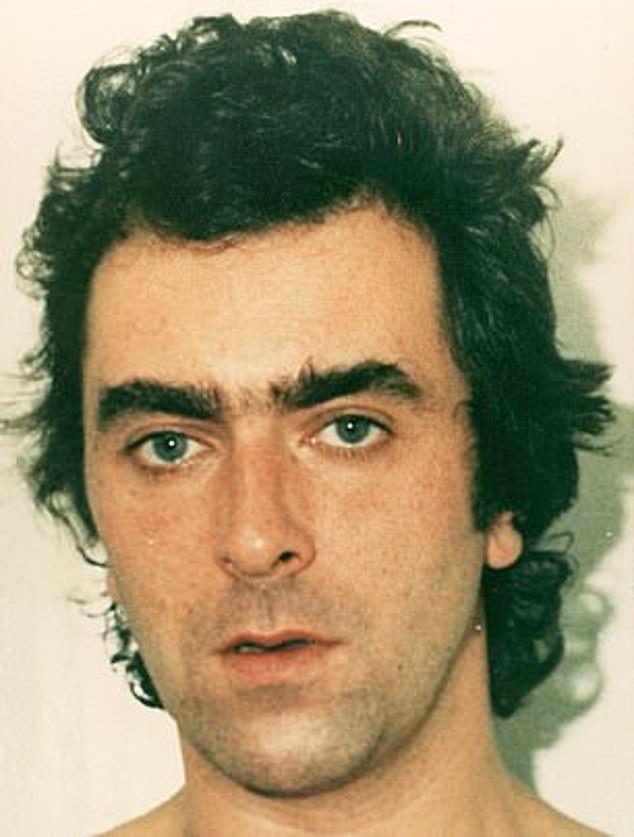 John Cannan, 68, (pictured) became the prime suspect in the case in 2002. He is currently on his death bed in prison and denies the allegations 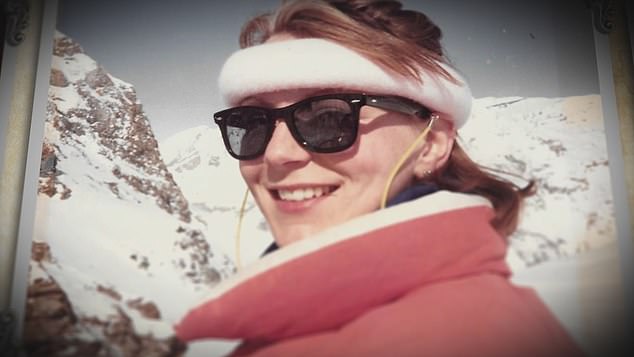 The estate agent had gone to meet a ‘Mr Kipper’ to show him around a house in Shorrolds Road, Fulham.

After her disappearance, her white Ford Fiesta was found outside a property for sale in Stevenage Road, about a mile and a half away.

The doors were unlocked, the handbrake was off and her purse was found in a side door pocket.

A photofit of ‘Mr Kipper’ was released, but police did not name Cannan as the prime suspect in Suzy’s disappearance and murder until 2002.

However, the CPS said there was insufficient evidence to charge him. Detectives have not given up the case, conducting a series of digs in search of the body including in in Worcestershire just three years ago. 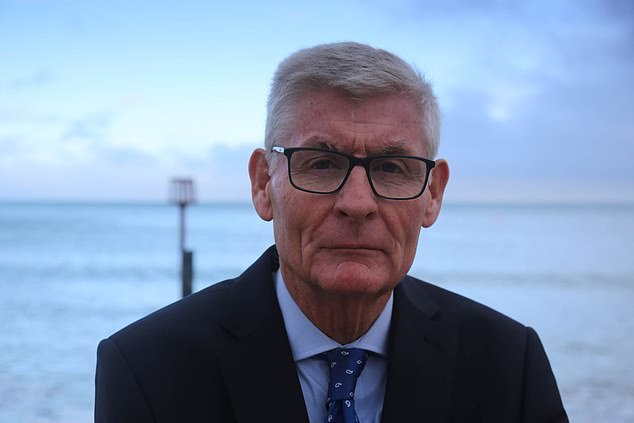 The year before, in 2018, the garden at Cannan’s mum’s previous home in Sutton Coldfield, Birmingham, was searched.

Cannan was eventually arrested for the murder of Shirley Banks, 29, in 1987. He was convicted and given three life sentences for her abduction and murder in a case that had eerie parallels to Suzy’s.

His whole life tariff was later reduced to a 35-year minimum sentence.

In 2019, as police were still searching for Suzy’s body and his health was failing, Cannan again denied any knowledge of the 25-year-old’s fate, blaming the police for scapegoating him and seeking to undermine his parole prospects.

By then Cannan was suffering from partial paralysis and needed to use a wheelchair following a stroke.

‘He’s extremely manipulative and must not be trusted.’

In a previous interview, Suzy’s brother Richard added: ‘If he’s done it then I would like him to tell us her whereabouts and we can then bury her where we want to bury her, rather than where whoever killed her has buried her.

‘We’ve been through so many developments you don’t get your hopes up.’

He said: ‘Our investigation into the disappearance and murder of Suzy Lamplugh is ongoing, and detectives remain committed to securing justice for her family.’

Suzy Lamplugh: Timeline of one of the UK’s most notorious cold cases

July 28 1986: Ms Lamplugh leaves her estate agency office in Fulham, west London, at 12.40pm to meet a client called Mr Kipper. At 10pm, her white Ford Fiesta is discovered in Stevenage Road, Fulham. The doors are unlocked, the handbrake is off and the ignition keys are gone. Her purse, still containing £15, is in the pocket of the driver’s door. A massive police hunt is launched.

December 1986: The Suzy Lamplugh Trust is set up by Suzy’s parents, Paul and Diana Lamplugh, to tackle violence and support stalking victims.

October 1987: With few leads, the police inquiry into the disappearance is closed. The file remains open.

April 1989: John Cannan is jailed for life with a minimum of 35 years for the murder of newlywed Shirley Banks in Bristol. He is also sentenced for a rape and an attempted kidnap.

December 1999: Her mother receives new information from a secret source claiming her daughter’s body could be within the grounds of abandoned Army barracks at Norton, Worcestershire. Scotland Yard says the information is not new but orders a review because of the complex twists in the case.

December 4 2000: Cannan is questioned in prison in connection with the kidnap and murder of Ms Lamplugh. No charges are brought.

December 11 2000: Officers begin a fingertip search of a disused brickworks and a surrounding copse and lake near Norton Barracks in Worcestershire. Investigators return to the scene several times but are not thought to have made significant developments.

June 14 2002: Police submit a new file to the CPS to examine if there is enough evidence to prosecute a suspect.

November 5 2002: Mr Lamplugh speaks of his ‘anger and frustration’ at news the CPS will not charge Cannan, citing insufficient evidence.

December 2002: Reports first surface that Ms Lamplugh may be buried in the garden of the West Midlands home previously owned by the suspect’s mother, Sheila. There is talk of excavating the garden in Sutton Coldfield but Jim Dickie, the detective superintendent leading the investigation at the time, later confirmed his officers did not dig or perform an ‘extensive’ search of the home.

August 2010: Police end their search in a meadow between Pershore and Drakes Broughton in Worcestershire with no remains found.

June 12 2018: At the age of 87, Mr Lamplugh dies after living with Parkinson’s disease. His death ends hopes that the parents may see justice for their daughter.

October 29 2018: Investigators led by the Metropolitan Police return to Cannan’s mother’s former home in Shipton Road, Sutton Coldfield, to prepare to excavate its garden in the hope of ending the 32-year mystery.

November 2 2018: Cannan reiterates his innocence in the case, saying through his solicitor that he hopes the search of the property will conclude swiftly to ‘end speculation’ that he was responsible.