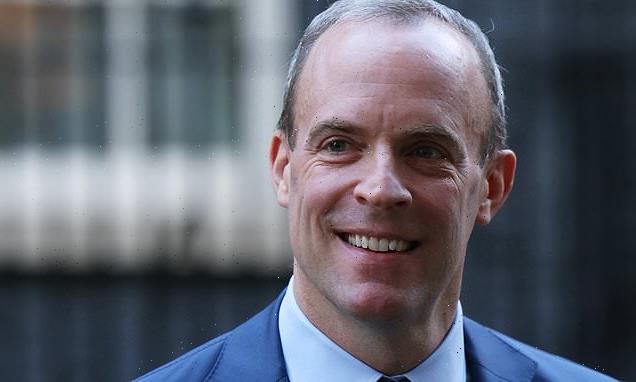 Civil servants are turning on Dominic Raab after deciding that Labour will win the next election, a minister warned last night.

The Deputy Prime Minister faced fresh complaints about his behaviour from unnamed officials yesterday as an independent investigation into bullying claims got under way.

The FDA union, which represents top civil servants, called for Mr Raab to be suspended, claiming there were questions about whether it was ‘safe’ for civil servants to work with him. 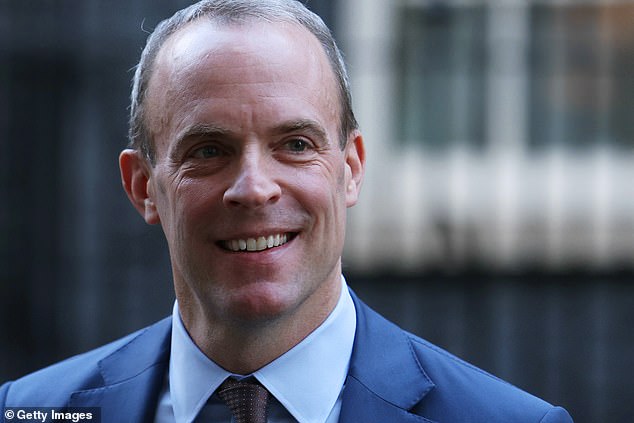 One minister warned that officials had declared ‘open season’ on the Justice Secretary.

The source said: ‘The Civil Service has decided that Labour are going to win the next election. Policies are being kicked into the long grass and officials are dragging their feet because they have decided that if they can delay things long enough they will be blocked by an incoming Labour government. You can also see it in the way some officials have declared open season on Dom Raab.

‘Obviously he has rubbed some people up the wrong way, but there were no complaints about his behaviour at the time. Yet now you see complaints going in and being leaked to Labour and their supporters in the media.’

Complaints about Mr Raab’s behaviour were first reported by the Guardian earlier this month.

Although no formal complaints were made about him during his earlier stint at the Ministry of Justice and his time at the Foreign Office, at least two complaints of ‘bullying’ have now been lodged against him.

A spokesman for Mr Raab said he was confident that he ‘has not done anything that could be construed as bullying’.