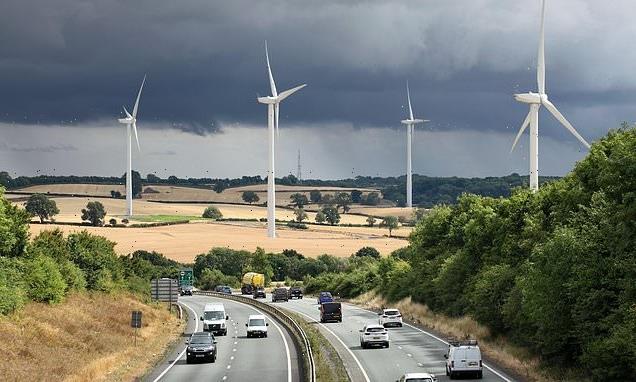 Former PMs Boris Johnson and Liz Truss have joined a Tory backbench rebellion in a bid to overturn a ban on new onshore wind farms.

In a challenge to their successor Rishi Sunak’s authority, they have signed an amendment to allow onshore farms where there is local consent.

They backed former Cabinet minister Simon Clarke’s bid to change the Levelling Up and Regeneration Bill which is going through Parliament.

During her brief stint at No 10, Miss Truss vowed to relax planning laws which have led to a virtual ban on wind farms since 2015 and bring them in line with other developments.

But Mr Sunak scrapped the policy when he became Prime Minister last month. 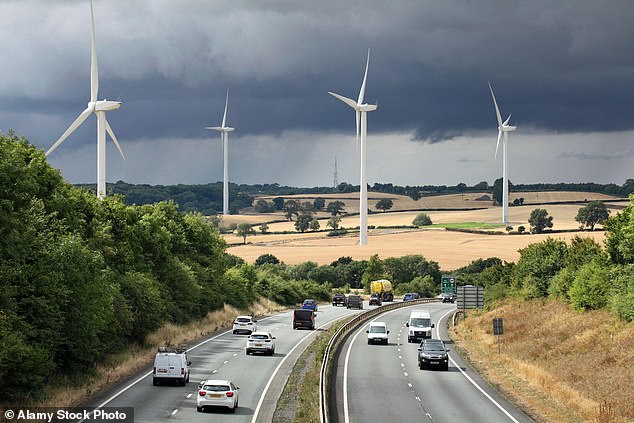 Winds of change: Giant turbines at the Kelmarsh wind farm in Northamptonshire 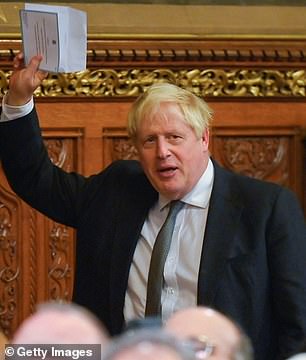 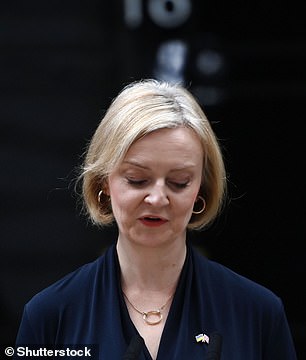 Mr Johnson once claimed wind farms could not ‘pull the skin off a rice pudding’, but he later supported them and said he wanted the UK to become the ‘Saudi Arabia of wind’.

However, he did not lift the ban during his three years in office following a Cabinet split on the issue and instead pushed for a major expansion of offshore wind. Mr Johnson and Miss Truss’s decision to rebel against the Government, revealed by The Times, marks their first act of open dissent as backbenchers.

It will raise alarm bells in No 10 that they feel emboldened to rebel so soon into Mr Sunak’s premiership.

Their support for the revolt comes in the same week that almost 50 backbenchers and former Cabinet ministers signed a set of amendments to the Levelling Up Bill which would scrap mandatory local housing targets set by Westminster and make them advisory instead – forcing the Government to pull a vote due to take place on Monday. 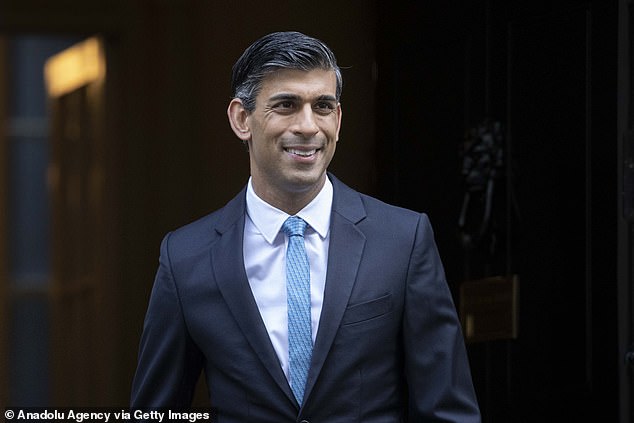 In a challenge to their successor Rishi Sunak’s (pictured) authority, Boris Johnson and Liz Truss have signed an amendment to allow onshore farms where there is local consent

Rebels had warned that support for the Conservatives in the UK could collapse if the Government does not help people on to the housing ladder with a building spree.

Last night Mr Clarke said he was ‘delighted’ to gain the backing of Mr Johnson and Miss Truss ‘together with MPs from right across the Conservative Party, for my amendment to allow onshore wind where (and only where) there is community consent’.

Ex-prime minister David Cameron introduced an effective ban on onshore wind farms in 2015. Developers were forced to address all local concerns about a potential farm, and just one person could hold up a project.