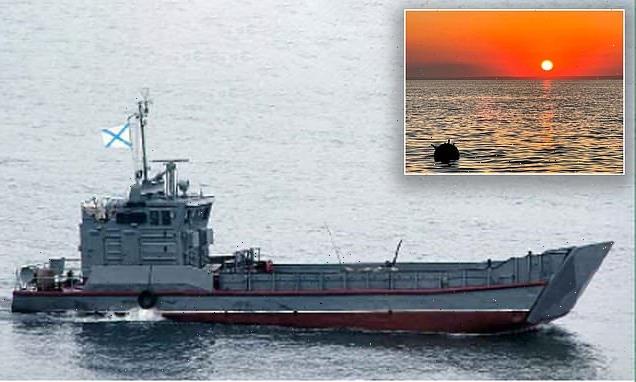 Putin faces fresh humiliation as his navy sinks its OWN ship

Putin faces fresh humiliation as his navy sinks its OWN ship: Landing craft is blown up after hitting sea mine near Mariupol

The Russian navy appears to have accidentally blown up one of its own ships in the black sea in the latest blunder for Putin’s forces.

A landing craft is reported to have exploded when it hit a Russian sea mine near Mariupol.

The crew is said to have survived the friendly-fire incident, but the reputation of Russia’s naval commanders is not so unscathed.

‘Near Mariupol, a landing craft of the Black Sea Fleet D-106 blew up on a mine,’ said a Telegram channel related to the Russian navy.

Another user called it a ‘special under water operation’. 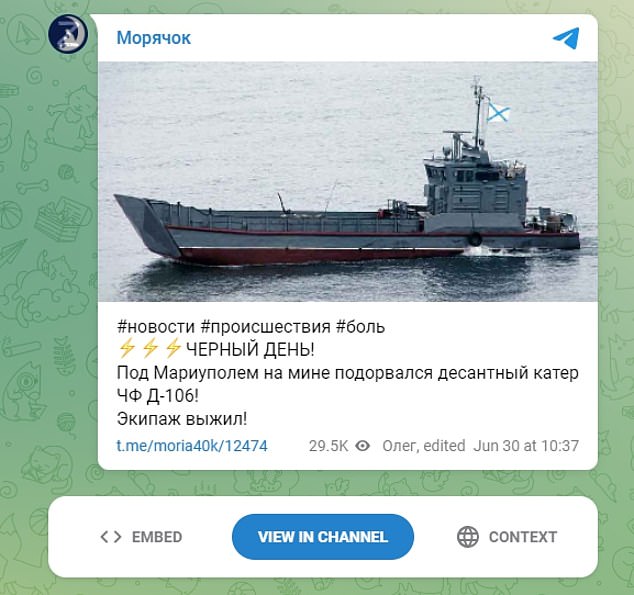 A Telegram post related to the Russian navy alleges that a landing craft of the Black Sea Fleet D-106 hit a mine, but the crew survived 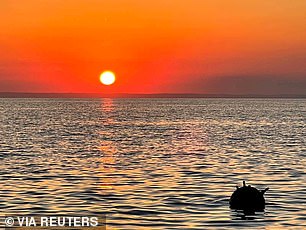 File photo: The Russian navy seems to have hit one of its own sea mines

‘More company for [the] Moskva, down they go!’ said a third, reminding users of the Russian flagship guided missile cruiser that sank on 14 April after a Ukrainian bombardment.

Moskva was the very warship told to ‘go f*** yourself’ by heroic soldiers on Snake Island in the early days of the war.

Russia said it had withdrawn from the strategically significant Snake Island as a ‘goodwill gesture’ after heavy bombardment.

Ziiminy Island – ‘snake’ in English – is a tiny 100-acre spit of land located around 90 miles off the coast of Odesa, in the northern waters of the Black Sea.

Russia captured the rock on the first day of the war, with the since-sunk Moskva ordering the island’s defenders to surrender and receiving the now-iconic response: ‘Russian warship, go f*** yourself.’

Putin’s men were attempted to use the island as a missile base, stationing Pantsir anti-air systems there along with radar – probably to provide air cover in the event of an amphibious assault on Odesa.

Russia suffered an early naval defeat on March 24 with the sinking of the Saratov, a huge 370ft Russian tank transporter that had been docked in the captured southern port city of Berdyansk. 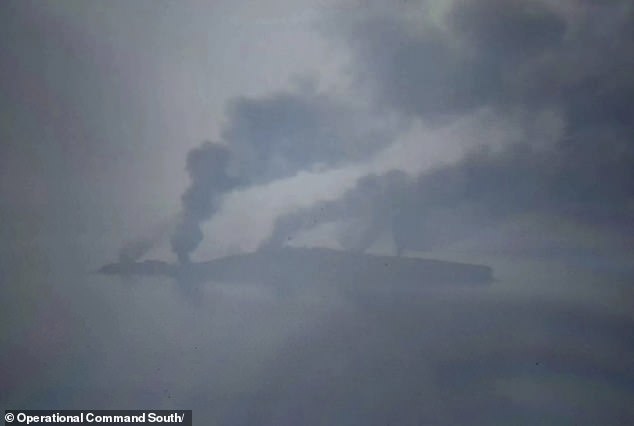 Three days earlier, the Zvezda TV channel – which is linked to the Ministry of Defence – had filmed the Orsk at anchor in Berdyansk unloading armoured vehicles which the presenter said would assist in the battle to take Mariupol, around 40 miles to the east.

The broadcast sparked suggestions that Ukraine could use the footage to hit the vessel, and on March 24 a nearby missile battery did just that.

Around 7.45am, a Tochka-U ballistic missile slammed into the deck of the Saratov as it sat in port alongside two smaller vessels: The Caesar Kunikov and Novocherkassk.

A large fire broke out on board the Saratov with several explosions then heard below deck as ammunition detonated. Footage captured from the shore showed Saratov consumed by smoke as the Caesar Kunikov and Novocherkassk, having also sustained damage.

Saratov sunk shortly afterwards, satellite images confirmed, blocking the port and making it un-usable. Russia has not commented on the attack, and has not given information on casualties. 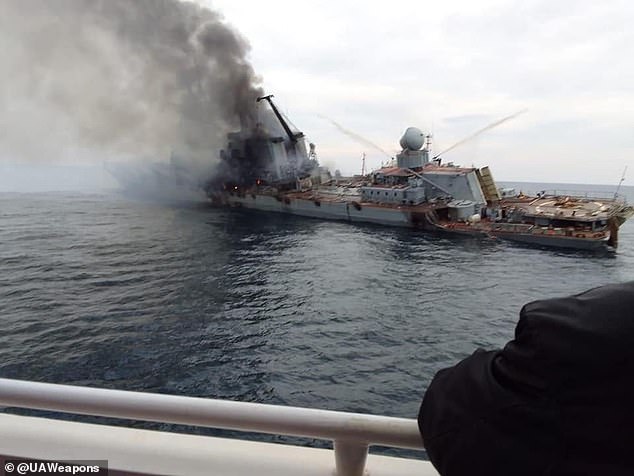 The Moskva, the flagship of Russia’s Black Sea fleet, was hit and sunk by Ukraine in a missile attack on April 14 (pictured from a rescue vessel before it went down) 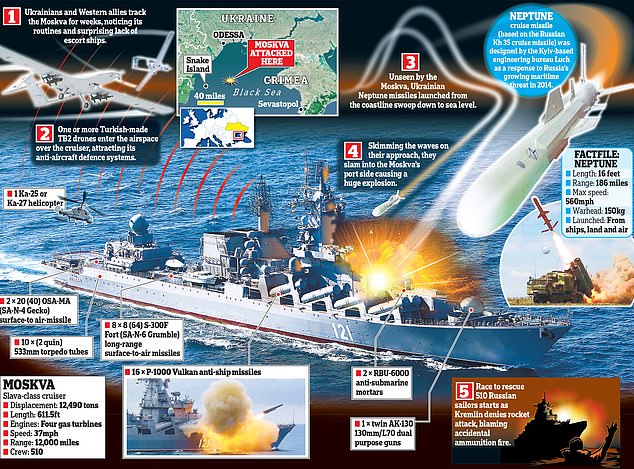 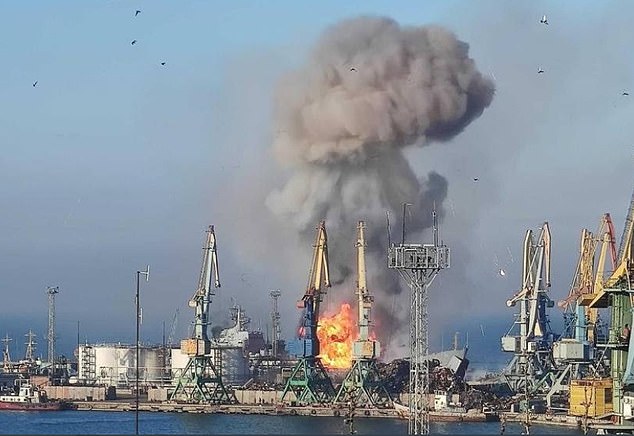 Flames and smoke are seen rising from a Russian Alligator-class landing ship docked at the port of Berdyansk, southern Ukraine, after Kyiv’s navy claimed to have destroyed a vessel called Orsk – which later turned out to be the Saratov