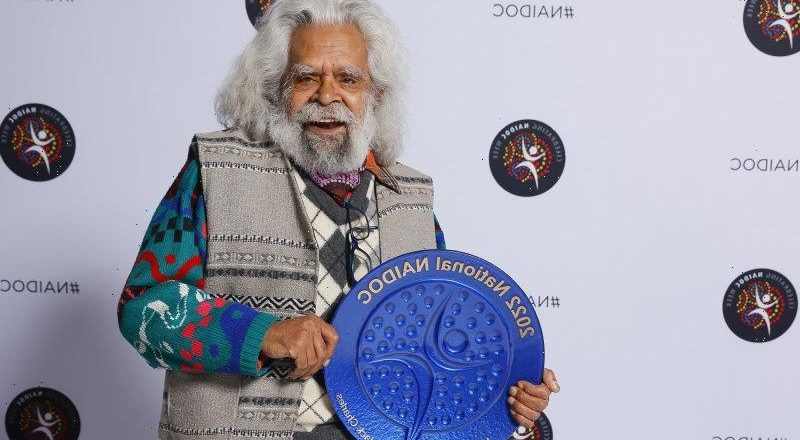 About 1400 people attended the gala awards for First Nations achievement at Melbourne Convention and Exhibition Centre on Saturday night, entering a buzzing room with smoke machines and traditional music after the COVID-19 pandemic forced last year’s event online and cancelled the 2020 ceremony. 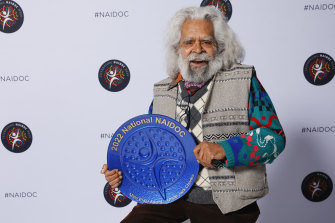 Uncle Jack Charles was honoured for his work as an actor and an advocate for First Nations prisoners at the 2022 National NAIDOC Week Awards.Credit:Getty Images

Three-time grand slam singles champion Barty, who retired from playing professional tennis earlier this year, was crowned Person of the Year. In her acceptance speech, the 2021 women’s Wimbledon champion said she was humbled and privileged to receive the award, and remained committed to getting more kids on tennis courts.

“I can’t wait to continue my contribution to youth sport and education,” said Barty, who was unable to attend the event.

“Helping inspire kids to go after their dreams is something I am very passionate about, and I am committed to giving back in this next chapter of my life.”

“Helping inspire kids to go after their dreams is something I am very passionate about, and I am committed to giving back in this next chapter of my life.”

Jack Charles, a Bunurong and Wiradjuri man known as the “grandfather” of Indigenous theatre, received the men’s elder award.

He said he was first recognised in 2010 as an elder in the Collingwood and Fitzroy area, and from there the title spread further among First Nations communities.

“I’ve done the hard yards,” Charles said. “It’s been a hoot because people seek advice or tender words from the likes of myself.”

Charles, a member of the Stolen Generation who spent decades in and out of prison where he set up a pottery shop, was recognised for his longevity in the performing field, but also for his work as an advocate for reducing Indigenous incarceration. 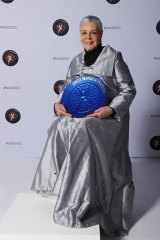 “Here’s the legacy, now I can pull back and do what I plan to do,” he said, adding he was developing new ideas for improving prison programs.

Peeler said she was “overwhelmed” to receive the women’s elder award, adding her quest to address low rates of Indigenous education attainment followed a history of colonisation and government policies that didn’t allow education beyond grade three.

“Education is critical to help us move forward.”

Actor Ernie Dingo, who was NAIDOC person of the year in 1994, said even years later, the award stood out from other forms of recognition he had received. 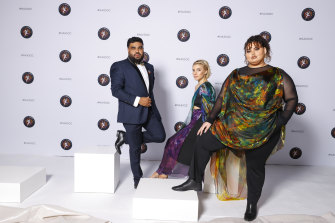 “It’s a recognition not with your peers, but with your blood. It’s a spiritual thing,” Dingo said.

“It’s a recognition not with your peers, but with your blood. It’s a spiritual thing.”

“It holds special feelings that your mob is looking after you … when you get an award here you know everyone is talking about it.”

“After a two-year hiatus, it brought me immense joy to see so many well-deserving First Nations leaders who are recognised by their communities, now elevated onto the national stage,” she said.

“I look forward to them being celebrated as a part of NAIDOC history.”