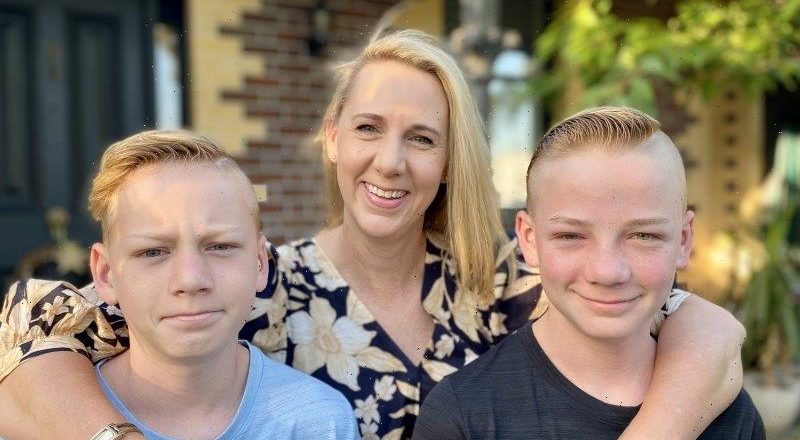 One of Melbourne’s oldest girls’ schools will welcome its first boys next week, in a shift to coeducation that its principal says will bring students into “an environment that more closely resembles the real world”.

St Aloysius College, a Catholic secondary school in North Melbourne, has exclusively educated girls since the 1880s but will soon greet an intake of more than 50 year 7 boys, alongside about 80 new girls. 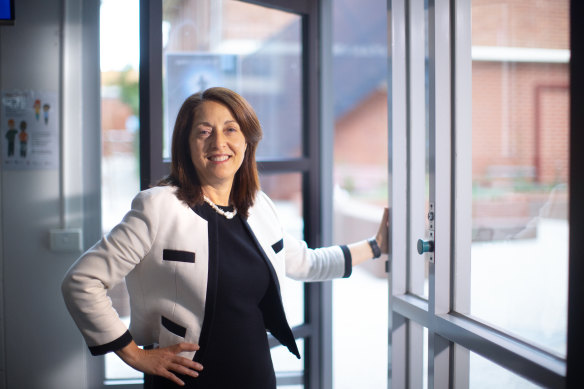 College principal Mary Farah said the move was “based upon changing needs and changing times”.

“Life is certainly co-ed and so are we,” she said.

“Bringing together students of every background creates a culture of competence, creativity and
compassion. That’s why coeducation is the best preparation for students to take on real life.”

St Aloysius’ shift has delivered an instant boost in numbers at the school, which had previously been losing enrolments but will welcome 135 new students this year, roughly double last year’s intake. Forty-two per cent of the new arrivals are boys, the school said. 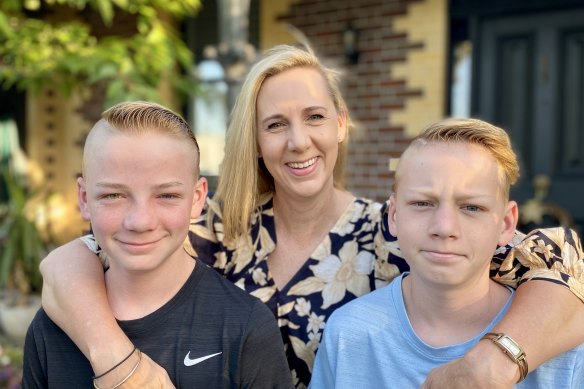 Megan Cusack with twin sons Ryder and Archer, who will start at St Aloysius College this year.

In 2019, another one of Melbourne’s oldest girls’ schools, Presentation College Windsor, abruptly announced it would close because of unsustainably low enrolments. Neighbouring boys’ school Christian Brothers College ultimately took in almost 100 girls from the closed school and changed its name to St Mary’s College to signify its new co-ed status.

But Loren Bridge, who heads the Alliance of Girls’ Schools Australasia, defended the continuing appeal of single-sex schools by arguing that they were better able to tailor teaching and wellbeing programs to the needs of girls.

“An important factor for parents is the absence of boys and lack of gender stereotyping, ensuring girls — at least while they are at school — experience less bullying and are protected from sexual comments and harassment,” Bridge said.

The alliance recently surveyed more than 80 per cent of girls’ schools in Australia and found that 77 per cent of schools increased enrolments last year, while 20 per cent experienced a decline.

Bridge said the survey results indicated girls’ schools had bounced back after COVID border closures delivered a hit in enrolments.

“This data flies in the face of the repeated, baseless accusations, seen regularly in the media that girls’ schools are going to disappear,” she said.

“It is simply not the case. Overall, girls’ schools did not experience a decrease in enrolments. In fact, the opposite is true.”

According to the survey, girls’ schools experienced an average increase of 1.9 per cent in enrolments last year.

St Aloysius’ decision in 2020 to commit to going co-ed is unusual among single-sex schools in Melbourne, where boys’ schools have been far more likely to make the switch.

Geelong Grammar, Wesley College, Haileybury, Caulfield Grammar and Carey Baptist Grammar are among a number of prominent former boys’ schools that transitioned to coeducational. There are almost 50 girls’ schools in Victoria, compared to 20 boys’ schools.

Megan Cusack has enrolled her twin sons, Ryder and Archer, at St Aloysius.

A North Melbourne resident, Cusack said she and her husband had often walked past the school and pondered enrolling their sons there, but dismissed it as a pipedream.

“We were quite surprised when the option did arrive, and excited,” she said.

Cusack said the fact St Aloysius is smaller than the public schools in Melbourne’s inner north attracted them because they believed their sons would receive better pastoral care.

Also starting at the school this year is Vincent De Rango, whose father, Ross De Rango, said the family had previously intended to enrol their three children at Brunswick Secondary College.

“Different parents have different views about co-ed versus single-sex schools, religious versus secular schools, and which environment might be best for their particular kids,” he said.

“For us, we wanted our two sons and our daughter to go to a co-ed school, close to home, and ideally a Catholic environment.”

Vincent said he was looking forward to going to St Al’s, “especially the year 7 camp in the first two weeks”.