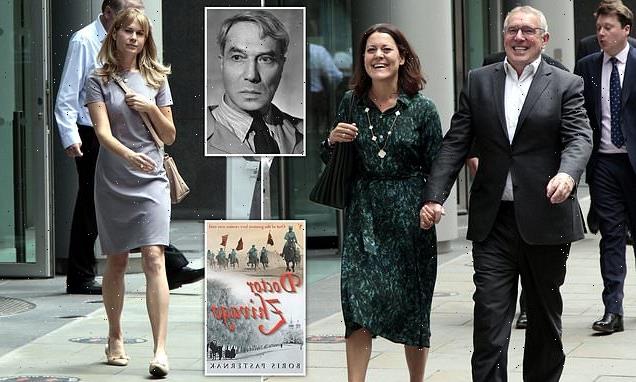 A US novelist has won a £2m plagiarism battle against the British great-niece of the man who penned Russian Revolution epic Doctor Zhivago.

Lara Prescott was dragged to court by Anna Pasternak, descendant of author Boris Pasternak, over claims she stole important parts of a book she wrote about her uncle’s novel.

Ms Pasternak claimed Ms Prescott’s 2019 bestseller ‘The Secrets We Kept’ borrowed heavily from her own 2016 book, ‘Lara: The Untold Love Story and the Inspiration for Doctor Zhivago.’

In her book, Ms Pasternak sets out her theory that Olga Ivinskaya, her great uncle’s wife, was the real-life inspiration behind Lara Antipova, the central character in his much-loved novel.

But Ms Prescott denied the copyright claim and instead accused her rival of herself having ‘copied’ sections of earlier books about her great uncle for ‘Lara’.

Today, following a trial of the plagiarism battle in July, Mr Justice Edwin Johnson delivered judgment, handing victory to Ms Prescott after finding that both books came from the same source material. 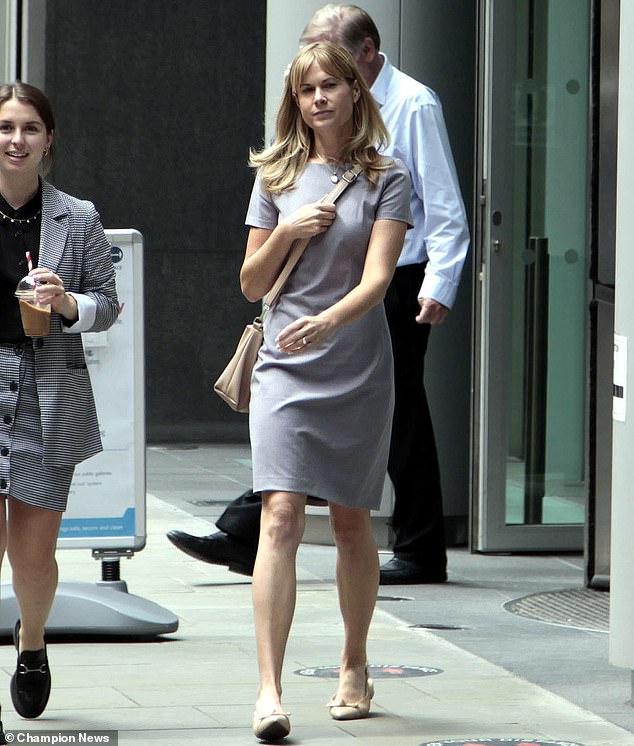 Lara Prescott (pictured) was dragged to court by Anna Pasternak, descendant of author Boris Pasternak, over claims she stole important parts of a book she wrote about her uncle’s novel 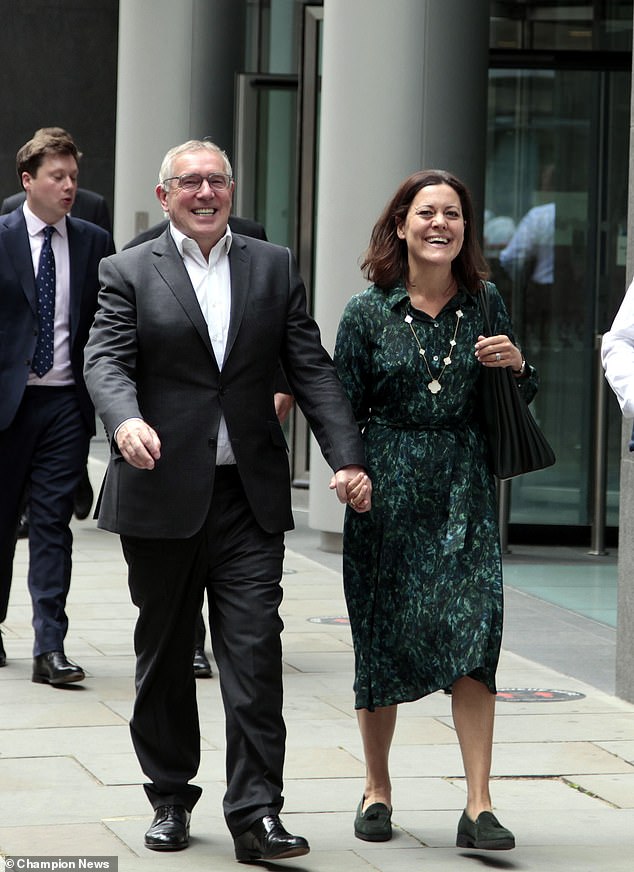 Ms Pasternak (right) claimed Ms Prescott’s 2019 bestseller ‘The Secrets We Kept’ borrowed heavily from her own 2016 book, ‘Lara: The Untold Love Story and the Inspiration for Doctor Zhivago.’ 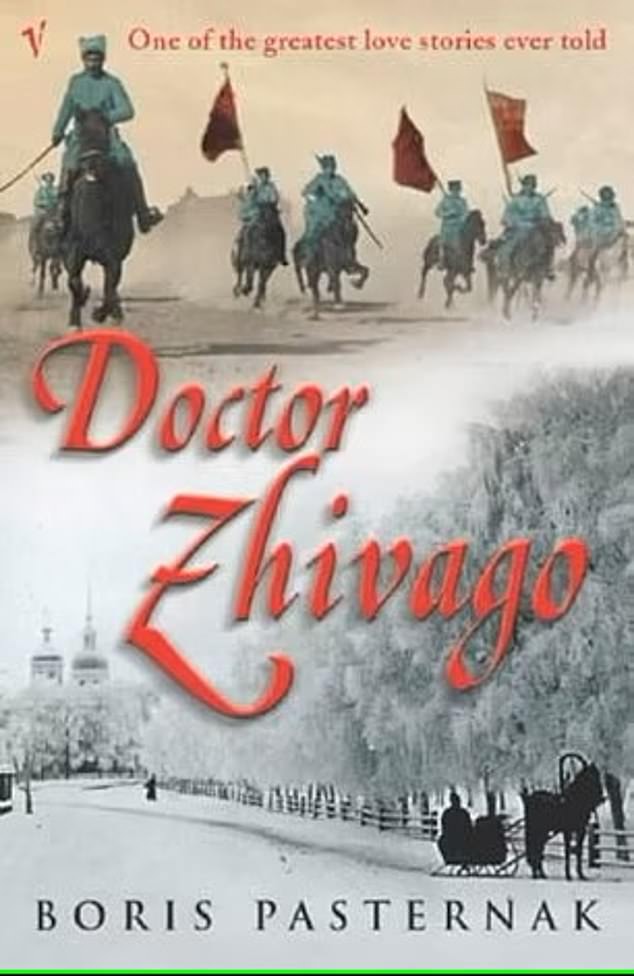 In her book, Ms Pasternak sets out her theory that Olga Ivinskaya, her great uncle’s wife, was the real-life inspiration behind Lara Antipova, the central character in his much-loved novel

The judge said Ms Prescott had used earlier books – Olga Ivinskaya’s memoirs ‘A Captive of Time’, and ‘The Zhivago Affair’ by Peter Finn and Petra Couvée – as her main soures, only using Ms Pasternak’s book as a ‘secondary’ source.

However, he did find for Ms Pasternak in a ‘minor’ aspect of the claim, saying that Ms Prescott had used a quotation from a French book which Ms Pasternak herself had had translated and so owned the copyright in.

Novelist Ms Prescott is named after the Lara Antipova character and, during the trial in July, her barrister Andrew Lykiardopoulos QC told Mr Justice Edwin Johnson that she has ‘enjoyed a lifetime fascination with Doctor Zhivago’.

‘I knew I was named after Lara, the character in the movie,’ she said in her evidence.

‘As a girl, my mother had loved David Lean’s film adaptation of Doctor Zhivago, as well as the book it was based on. As a child, I’d wind up her musical jewellery box again and again to hear it play ‘Lara’s Theme’ and watch the tiny ballerina inside slowly spin.’

She told the judge that publishing her novel was the ‘realisation of a lifelong dream’ but that the court case turned the success of her award-winning bestseller into a nightmare.

‘Today, I’m working on a second novel while being a first-time mother to a toddler during a pandemic. These allegations and this claim have been highly stressful, to say the least.

‘Publishing ‘The Secrets We Kept’ was the fulfillment of a lifelong dream and I’ve been very proud of it.

‘Still, at times, I wish I hadn’t written it. Not because Anna Pasternak is right, but because the book and its success put me in her crosshairs.’

In her claim, Ms Pasternak claimed Ms Prescott had ‘copied’ the ‘selection, structure and arrangement of facts and incidents’ from ‘Lara’ for her novel.

Ms Prescott admitted she read ‘Lara’ and included it in the acknowledgements in her novel, but said she was already two years into the process of writing before she saw her rival’s book and denies its influence was ‘substantial.’

Instead, she claimed that both she and Ms Pasternak relied on the same historical source material, including crucially Olga Ivinskaya’s own memoirs ‘A Captive of Time’. 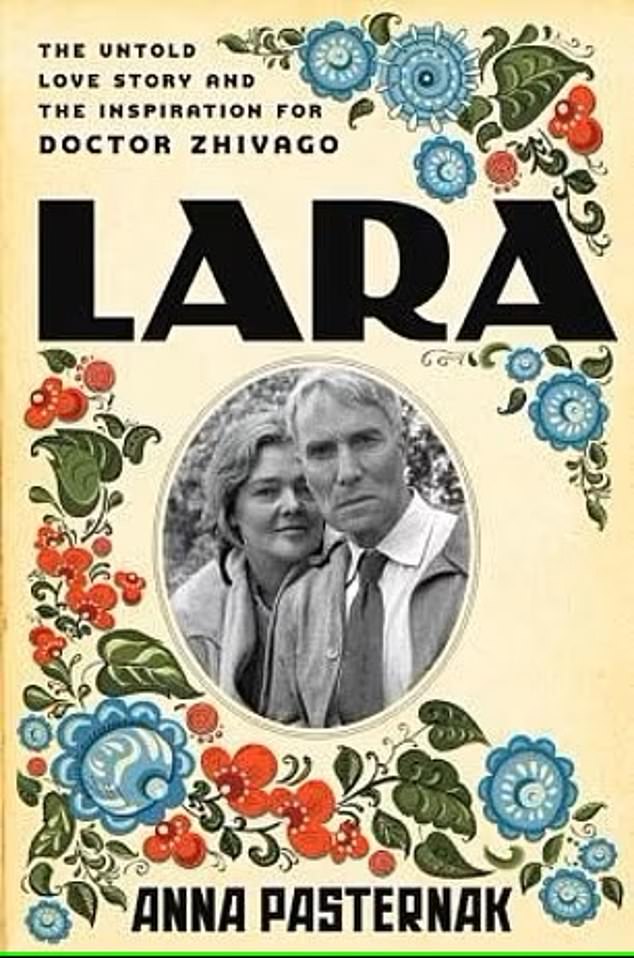 Ms Pasternak’s book, Lara: The Untold Love Story and the Inspiration for Doctor Zhivago by Anna Pasternak, is a biography of Boris Pasternak and his mistress Olga Ivinskaya, who she claims is the inspiration for Lara in the classic 1957 novel

Giving judgment, Mr Justice Edwin Johnson said: ‘I am satisfied that Ms Prescott used ‘A Captive of Time’ and ‘The Zhivago Affair’ as her primary resources in writing ‘The Secrets We Kept’, and I so find.

‘I am also satisfied that Ms Prescott used ‘Lara’ only as a secondary source, and I so find.’

He said most of the material complained of was ‘not original’ to Ms Pasternak, but instead derived from earlier sources.

He added: ‘It is clear that Ms Prescott did not copy from ‘Lara’ the selection of events in the relevant chapters of ‘The Secrets We Kept’ or any part of that selection.’

The two women’s books had been ‘fundamentally different works,’ he continued.

”Lara’ is a non-fictional historical work……’The Secrets We Kept’ is a work of fiction, loosely based on real events.

Although he dismissed Ms Pasternak’s main claim that her work had been copied, he found in her favour in what he called the ‘translation claim.’

He said Ms Prescott had quoted a translation which Ms Pasternak had commissioned of a French book in her novel.

In that respect Ms Prescott had infringed Ms Pasternak’s copyright in the translation, but that was a ‘minor part of the claim and one which does not involve infringement of copyright in Lara.’

Nevertheless, Ms Pasternak hailed the verdict as a victory for historians whose work is relied upon by fiction writers.

‘I am incredibly proud to have left my legacy on the legal literary landscape,’ she said outside court.

Meanwhile, Ms Prescott said: ‘I’m very pleased to have been vindicated by the English High Court. The court found zero instances of infringement.’