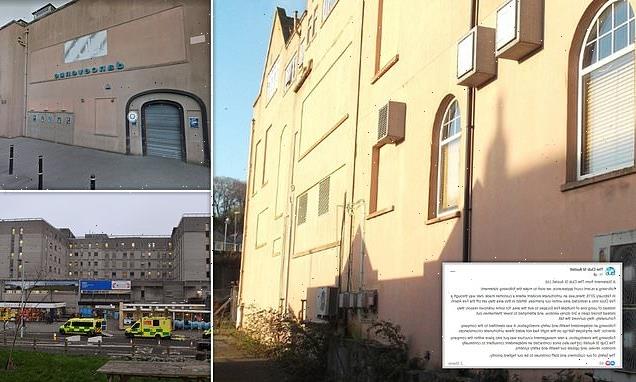 Nightclub is fined more than £30,000 after disorientated woman fell 40ft out of a window suffering a collapsed lung and broken jaw when she tried to escape after being locked inside by staff

A nightclub has been ordered to pay more than £30k after a disorientated woman fell from a top floor 40ft-high window – after being locked inside by staff.

The woman fell into the yard below The Club in St Austell, Cornwall after she had desperately tried to escape from the shut venue and then laid undiscovered for hours with significant injuries, a court heard.

She suffered from complex pelvic fractures, a fractured wrist and sternum, a collapsed lung and a broken jaw and was only discovered by a passer-by at around 7.30am the next morning.

The unnamed woman spent 15 days in the major trauma unit at Derriford Hospital in Plymouth, Devon, following her fall from the equivalent height of a fourth floor window on February 18 2019.

The Club was told to pay £30,499 at Bodmin Magistrates Court on Tuesday in court expenses and fines. 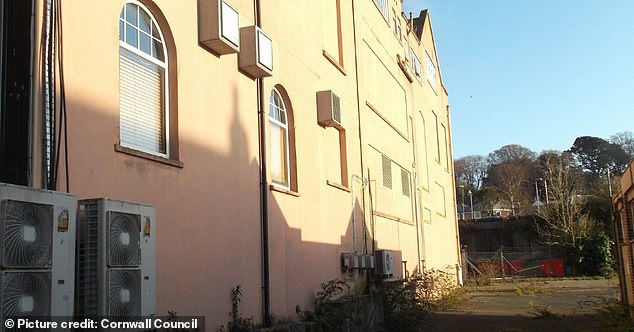 The Club nightclub in St Austell, Cornwall has been ordered to pay more than £30k after a disorientated woman fell from a top floor 40ft window (pictured) 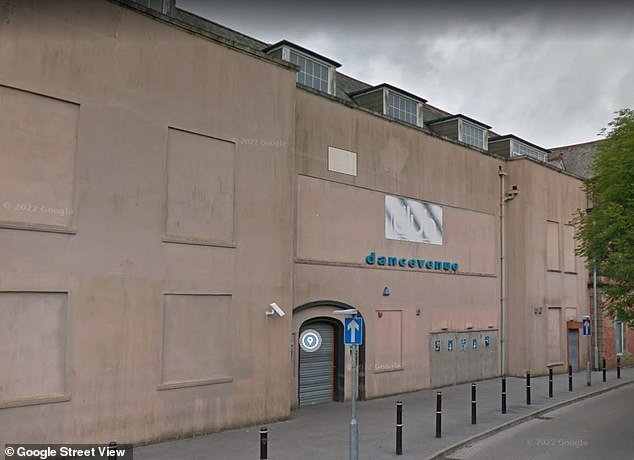 After the ruling, The Club (pictured) have said ‘a new management structure was put into place within the company’ 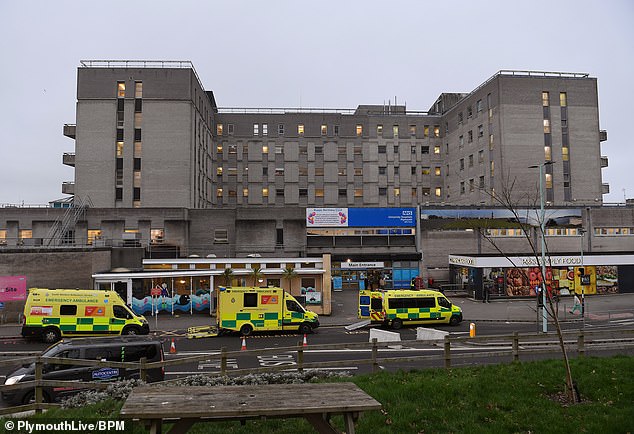 The unnamed woman spent 15 days in the major trauma unit at Derriford Hospital (picturd) in Plymouth, Devon after her fall

The facility’s representatives pleaded guilty to two charges under Sections 2 and 3 of the Health and Safety at Work etc. Act 1974 following a Cornwall Council investigation.

A report by Cornwall Council Health and Safety team suggested that the victim had become confused after entering an area of the club no longer in use.

After becoming disorientated, she made her way to a fire exit which she was unable to open.

Believing she had become trapped in a basement, she activated a fire alarm call point – but was ignored by staff who mistook the location of the alarm and silenced it.

Final checks by staff before closing the building for the night also failed to find her and she remained locked inside the premises.

During the night, the woman found her way into the glass wash area where she climbed onto a sink and fell out of a window she presumed she could escape through.

The investigation also revealed that safety systems at the time of the incident within The Club fell far below those which would be expected of such premises.

Councillor Martyn Alvey, the portfolio holder responsible for Public Protection and Enforcement Services at Cornwall Council, said: ‘This is a really awful case where a woman has suffered appalling injuries.

‘Thankfully incidents like this are rare, but when businesses put people at risk by failing to adhere to health and safety regulations we will not hesitate to prosecute.’ 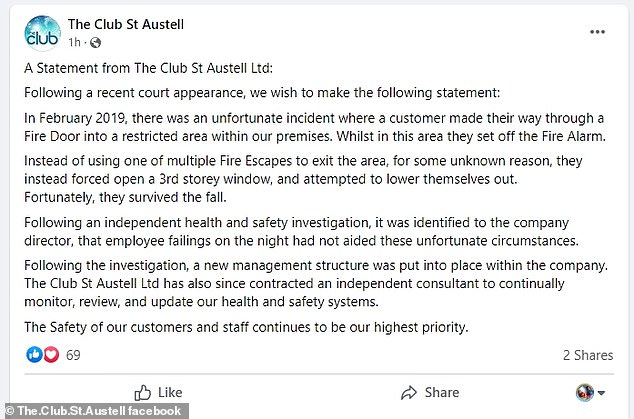 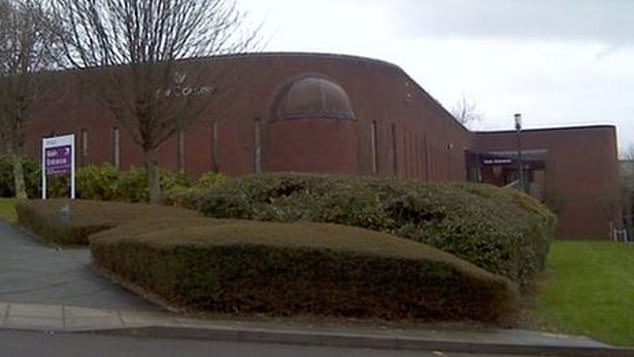 ‘The Club’, based in St Austell, Cornwall, was told to pay £30,499 at Bodmin Magistrates Court on Tuesday in court expenses and fines

The Club St Austell released a statement after the ruling, saying an independent health and safety investigation that ’employee failings had not aided’ the circumstances.

They said: ‘In February 2019, there was an unfortunate incident where a customer made their way through a fire door into a restricted area within our premises. Whilst in this area they set off the fire alarm.

‘Instead of using one of multiple fire escapes to exit the area, for some unknown reason, they instead forced open a 3rd storey window, and attempted to lower themselves out.

‘Fortunately, they survived the fall.’

The statement added: ‘Following an independent health and safety investigation, it was identified to the company director, that employee failings on the night had not aided these unfortunate circumstances.

‘Following the investigation, a new management structure was put into place within the company.

‘The Club St Austell Ltd has also since contracted an independent consultant to continually monitor, review, and update our health and safety systems.

‘The safety of our customers and staff continues to be our highest priority.’