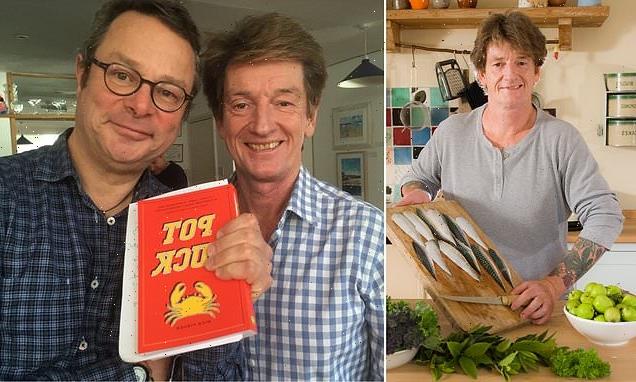 The body of River Cottage star Nick Fisher was found in a hotel room after he took a fatal cocktail of drugs, an inquest has heard.

The 63-year-old was found by police at the Wessex Royale Hotel in Dorchester on November 17, last year, days after his friend Hugh Fearnley-Whittingstall pleaded for the publics help to find him.

Mr Fisher, who was an award-winning TV writer involved in Casualty, Holby City, EastEnders and New Tricks had disappeared from his home in Hooke, Dorset, 48 hours before.

An inquest into his death was opened today and heard that a post-mortem had determined he had taken a cocktail of drugs. 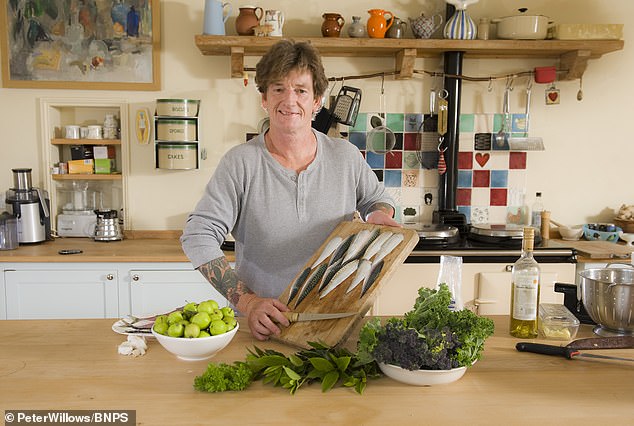 The body of River Cottage star Nick Fisher, pictured here in his home kitchen, was found in a hotel room by police, an inquest has heard 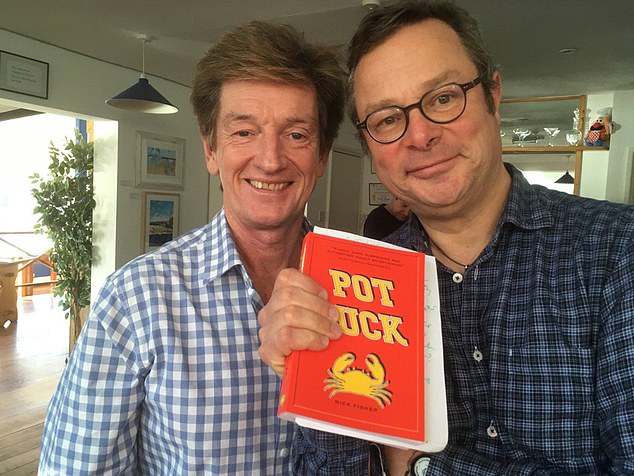 Mr Fisher’s disappearance on November 15 last year sparked a frantic search and an appeal for help from his friend, celebrity chef Hugh Fearnley-Whittingstall (pictured together)

The hearing at Bournemouth Town Hall was told that Mr Fisher had last been seen in a silver Nissan Navara truck accompanied by his brown and white Springer Spaniel dog on November 15.

After his disappearance there was a frantic search by police and members of Dorset Search and Rescue team.

TV presenter Fearnley-Whittingstall described Nick his ‘dearest friend’ and tweeted a desperate appeal to try and find him.

In a post he wrote: ‘I never thought I would be using social media for this, but my very dearest friend Nick Fisher, who some of you will know from his journalism and telly work, has gone missing.

‘He left his home in the village of Hooke near Bridport in his silver Nissan Navara YE71 DFA pick up on Tuesday afternoon, with his brown and white spaniel. The car was seen just half an hour later on a police camera near Dorchester.

‘It seems Nick might have bought a cup of tea in a hotel near there, but he didn’t stay there and he hasn’t been seen since. It’s so unlike Nick to do this and of course we are very worried for his safety.

‘We are desperate to find him and if you have seen anything at all that could help us please call 101 and quote the case number 15:644. I’m also posting the appeal from the local news website with a picture of Nick.’

Mr Fisher was later found in a room at the Wessex Royal Hotel and was pronounced dead at the scene by paramedics.

Dorset coroner Brendan Allen opened and adjourned the inquest for a full hearing on July 5. 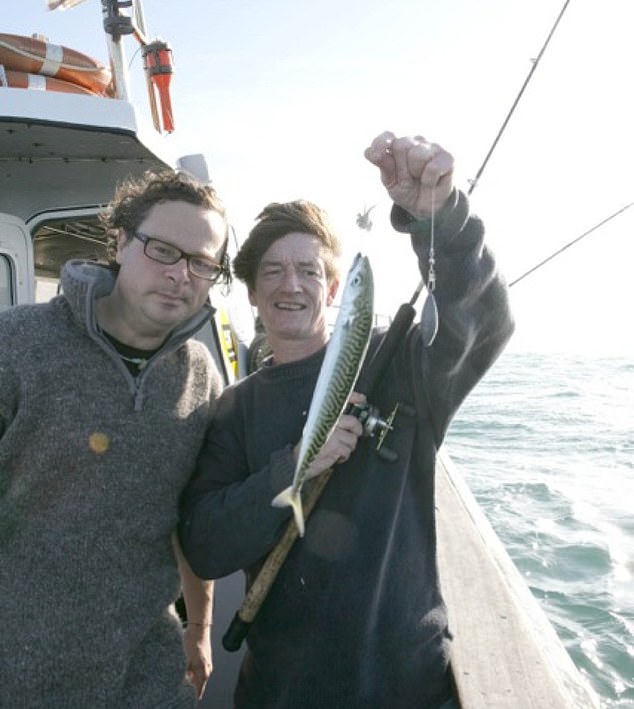 Mr Fearnley-Whittingstall and Mr Fisher were close friends. Here they are pictured on a fishing trip

In his lifetime he had worked on successful TV programmes. He won a BAFTA Children’s Award for Best Drama for the comedy The Giblet Boys in 2006.

He described the screenwriter as ‘full of insight and compassion.’ 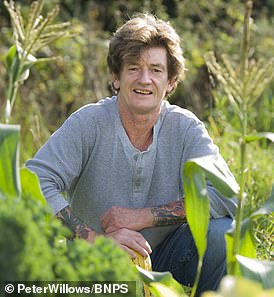 Mr Fisher appeared on River Cottage after it first aired in 1999 and in 2007 they co-authored the book ‘The River Cottage Fish Book’ based on the show.

Followin his passing, Mr Fearnley-Whittingstall tweeted: ‘I am so very sad to say that our dearest friend Nick Fisher has passed away.

‘He was always full of insight and compassion, which is what made him such a great writer and broadcaster, as well as a brilliant friend.

‘His lovely family and his many friends are missing him terribly. Nick was the best person to spend time with, especially on a boat.

‘We talked about fishing endlessly, but we also talked about life, a subject on which Nick was an expert because he had lived so much of it.

‘I can’t believe it’s over, but many wonderful memories live on.’

Mr Fisher helped launch Men’s Health magazine and has written for The Daily Mail, The Independent, The Guardian, The Sun, The Mirror, The Sunday Times and many other publications.

Tom Marley, from the Angling Centre in West Bay, Dorset said: ‘He was a really kind, nice guy, lovely to be around. During the summer months he used to come in a couple of times a week, so we saw him a lot.

In 2016 he wrote and published his first novel Pot Luck, a crime thriller based in Weymouth. He also authored multiple self-help guides for teenagers.

‘Everyone knew his background from TV, he was very well known and very well loved around the bay. He would always come into the shop and everyone wanted to talk to him.’