A New York City man is facing multiple sex charges in attacks on three women, including one whose desperate plea for help through a Grubhub takeout food order led to his arrest.

Kemoy Royal, 32, was jailed under $500,000 bond after his indictment Monday on charges that include first-degree sexual abuse, predatory sexual assault, first- and third-degree rape and strangulation.

“We will seek justice for the victims,” Bronx District Attorney Darcel D. Clark said as he announced the 23-count indictment.

Royal didn’t have an attorney listed in his records. 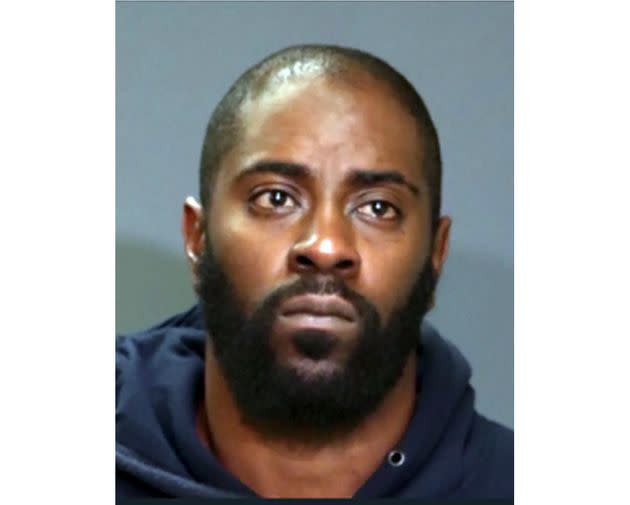 Royal was arrested last month while assaulting a third woman within a week, authorities said. After a night of repeatedly raping and brutalizing the woman at his Bronx apartment, he returned her phone and allowed her to order food, according to investigators.

The woman’s desperate note to a Yonkers restaurant led police to Royal’s apartment.

“You could see it was real because it was rushed,” Chipper Truck Cafe co-owner Alice Bermejo, who called 911 after seeing the food order, told local news outlet Pix 11. “You knew when you read the note, you know it’s not a prank.”

Royal’s string of attacks began on June 13, when he invited a 27-year-old woman to his apartment after chatting for a few days on a dating app, authorities said. There, Royal raped her and forced her into other sexual acts, the district attorney’s office said.

He met his second victim the following evening on the street, claimed he knew her through a friend, and lured her to his apartment, where he refused to let her leave and threatened to kill her, according to the charges. He bit her in the chest area, strangled her and tried to force her into sex acts before allowing her to leave, the DA’s office said.

On June 18, Royal met with his third victim — a woman with whom he had been chatting for a few months on a dating app, prosecutors said. After arriving at his apartment, the woman said he held her against her will and threatened to kill her.

Royal strangled her and raped her throughout the night, including once at knifepoint, and forced her into other sex acts, authorities said.

The woman said Royal took her phone away to prevent her from calling for help, but returned it early the next morning so she could order food. She took the opportunity.

“Please call police, his going to call me when u delivered come with the cones please don’t make it obvious,” read the note, which the restaurant shared on Facebook.

Grubhub sent the restaurant a $5,000 check as a thank you, the cafe’s co-owner said.

This article originally appeared on HuffPost and has been updated.