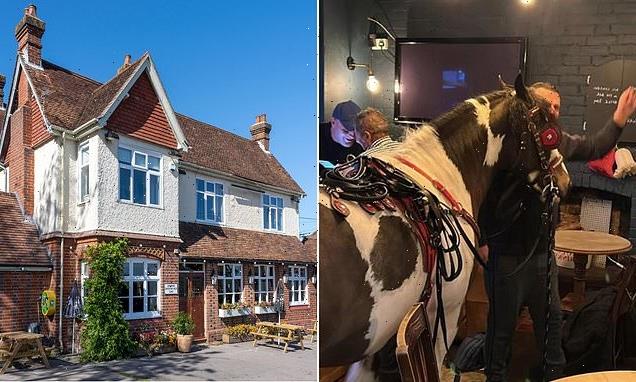 Landlords' fury after customer brought a HORSE into their bar

Why the long face? Landlords’ fury after a customer brought a HORSE into their bar – which they say is a ‘health and safety issue’

Pub bosses have hit out at a customer who brought a horse into their establishment, as they described it as a ‘health and safety issue’ and ‘complete ridiculousness’.

Customers were shocked to see a person lead the horse into their local, The Brickmakers pub in Swanmore, Hampshire, on December 29.

Staff also spoke of children ‘wrecking the place’ despite them not being permitted in the pub after 7pm.

In a social media post, the owners – Koren and Gareth Blake – said bringing the horse ‘into the establishment was not acceptable’. 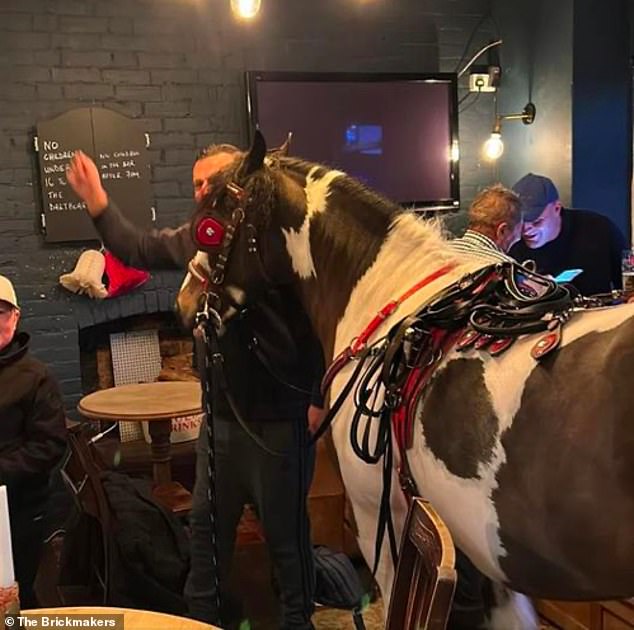 Pub bosses Koren and Gareth Blake hit out at the customer who brought the horse into their pub (pictured), and called it ‘complete ridiculousness’

They continued: ‘Just to reiterate, we do not allow any animals or livestock in our pub.

‘Apart from the complete ridiculousness of it and the poor horse’s welfare, it’s a health and safety issue.

‘Nor do we allow children in our bar after 7pm. If people do not adhere to the rules they will be barred.

‘We do not want to be a pub where children are allowed to run around wrecking the place whilst their parents get drunk.

‘So sick of moaning about the same things.

‘From now on, if customers do not follow our rules they will not be served.’ 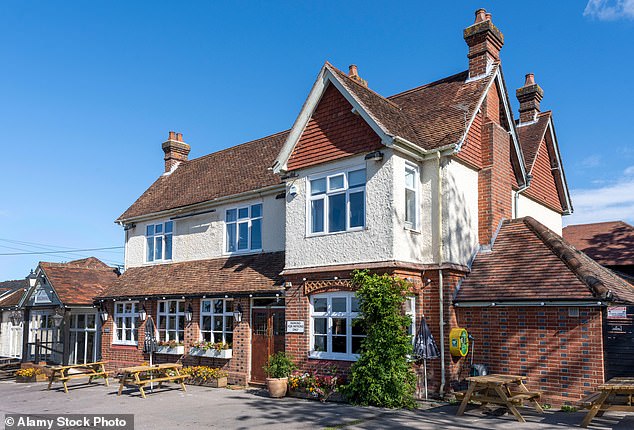 Customers were shocked to see a person lead the horse into their local, The Brickmakers pub in Swanmore, Hampshire, (pictured) on December 29

They concluded the  post by calling for more police presence in the village.

However some people found the incident funny and took to social media to share puns.

One posted: ‘It’s the neigh-bours I feel sorry for.’

Koren and Gareth, have run the independently-run pub since 2011, but in 2020, they were battling to keep their pub afloat in the pandemic.

They described how Koren looks after the front of house while Gareth is the head chef, and they were living above the pub with their son and dog.

Koren said she was grateful to their landlord, who let them have relief from their rent during lockdown.

She said ‘Without that help then we would have closed for sure.’