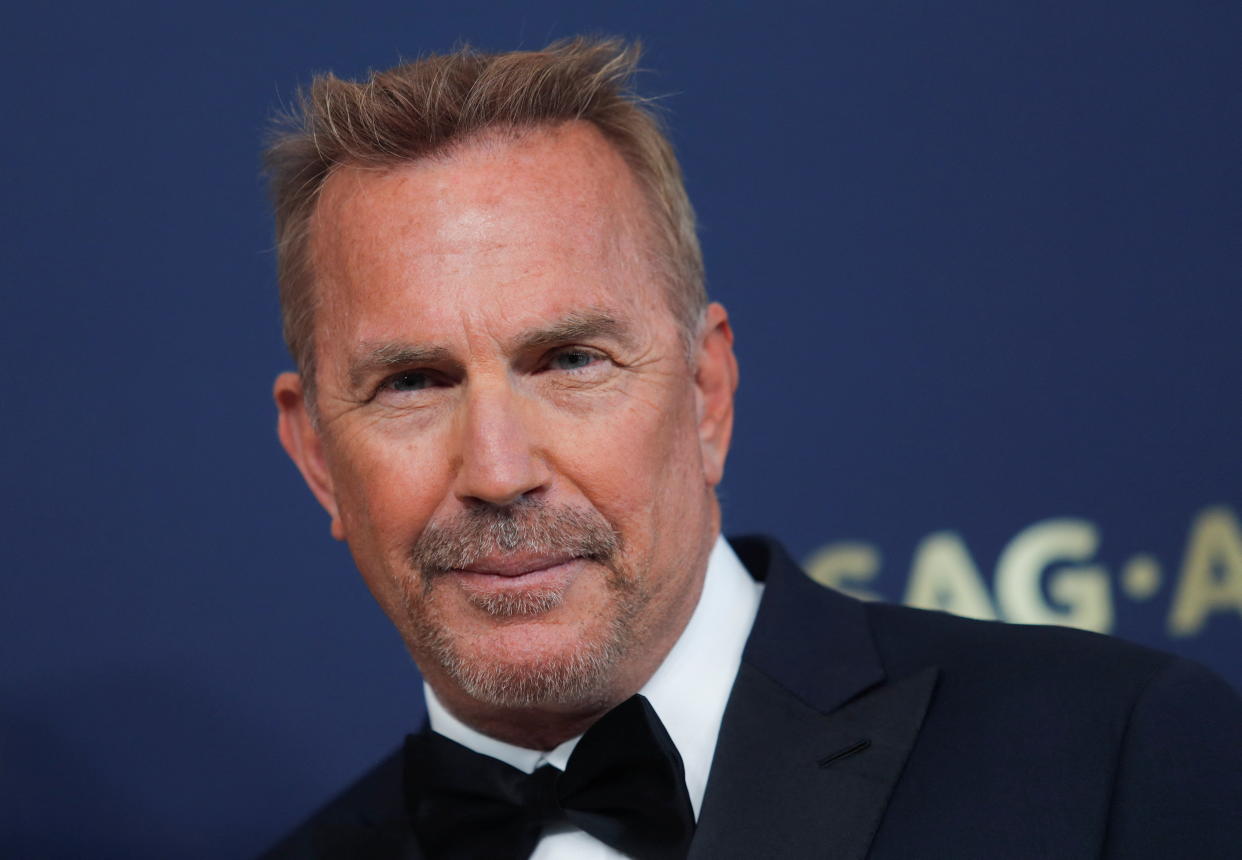 Kevin Costner is sharing his Golden Globes thank-yous after missing Tuesday's ceremony due to the California flooding.

The Yellowstone star won for Best Actor in a TV Drama, but wasn't in attendance at the Beverly Hilton. He explained in a social media video just prior to the show that the Santa Barbara flooding prevented him from getting to L.A., so he and his wife, Christine Baumgartner, watched the ceremony from home. After he won — and faced ribbing from presenter Regina Hall over him having to "shelter in place" in Santa Barbara — he posted a statement online reacting to the news.

"Thank you to the Hollywood Foreign Press and @goldenglobes for this tremendous honor and to the @Yellowstone team for bringing John Dutton's world to life," he wrote. "I share this recognition with my castmates, the producers, and our incredible crew. Most of all, thank you to our show's fans, who love Yellowstone Ranch as if it were their own."

Shortly before, Costner shared a video explaining his absence.

"I'm so sorry for everyone who might have been tuning in to watch the Golden Globes," he began. "Chris and I aren't going to be able to be there. Yesterday, we had to pull the kids out of school in Santa Barbara. This is the second time in five years that the freeway is flooded out. We found ourselves on the wrong side of the town and we couldn't get back last night. We couldn't even get back to the house this morning in time, with the freeways closed. Nobody's sadder than us that we can't be there."

He said his wife of 18 years "had a beautiful dress" ready and he was "looking forward to walking down the red carpet with her." Instead, his wife "went out and bought me some gold and yellow and black and silver balloons, so we're going to sit at the television and see what happens."

He ended by thanking people for their support — and adding, "I'm really sorry to the Golden Globes and the international press. I hope we're invited back."

During the awards show, presenter Regina Hall announced Costner's category — and went off-script as she shared his excuse for not being there. The comedic actress poked fun at the Oscar winner for having to "shelter in place" in posh Santa Barbara, home to many millionaires.

Regina Hall finding out why Kevin Costner couldn’t be at the #GoldenGlobes just won next year’s #GoldenGlobes for Best Actress in a TV Comedy pic.twitter.com/5WjI6zosdn

"Kevin Costner, he so much wanted to be…" the Girls Trip actress began before breaking into laugher.

"I always like how they write this," she said, referring to what was on the teleprompter. "It's like, 'He so much wanted to be…' No, I’m sure he did … But because of the — it's been raining — the unprecedented weather and flooding, he has to shelter in place — in Santa Barbara."

At the mention of Santa Barbara, she smacked her forehead and quipped, "Jesus. No, this is a sad story right now," she continued to joke. "He's stuck in Santa Barbara. Let's pray, everyone. No, that's awful."

Hall, amid laughter in the room, end with, "This is true: Everyone, we do, we pray and we hope that everyone affected by these storms remains safe. I'm gonna accept that award right there, on your behalf, Kevin."

Costner has long maintained a residence in Santa Barbara, buying the 10-acre property, set on the Pacific Ocean, in 2006 for $28.5 million. He listed it for $60 million in 2017, but ultimately took it off the market.

California residents have faced heavy rain, floods and landslides with nearly 50,000 people under evacuation orders and more than twice that number of people without power.

Earlier this week, Ellen DeGeneres, who resides in Montecito near other celebrities including Oprah Winfrey, Prince Harry and Meghan Markle shared a video of the flood waters near her home. She explained that Montecito was under mandatory evacuation, but she had been advised to shelter in place because her house was on higher ground. She also pointed out that the storm fell on the fifth year anniversary of the 2018 mudslides there that resulted in 23 people dying and more than 100 homes in the coastal enclave.