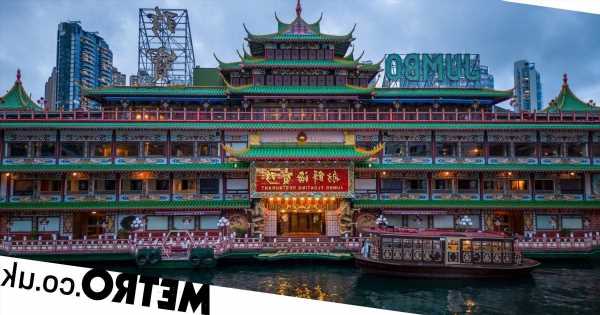 Iconic floating restaurant capsizes while being towed away from Hong Kong

One of Hong Kong’s most famous landmarks has sank beneath the waters of the South China Sea.

The Jumbo Floating Restaurant has served millions of guests including the likes of Tom Cruise, the Queen and Richard Branson.

For decades the massive structure was the ‘required stop’ on any visit to Hong Kong.

But the pandemic led to financial struggles and the prestigious restaurant closed in 2020.

The restaurant’s main boat, measuring in at 260ft, had been towed away from Hong Kong last week.

It was traveling to an undisclosed shipyard when it capsized on Saturday amid ‘adverse conditions’ in the South China Sea.

The boat sank near the Xisha Islands, also known as the Paracel Islands.

The company behind the Jumbo Floating Restaurant, Aberdeen Restaurant Enterprises, said no-one was injured in the incident. 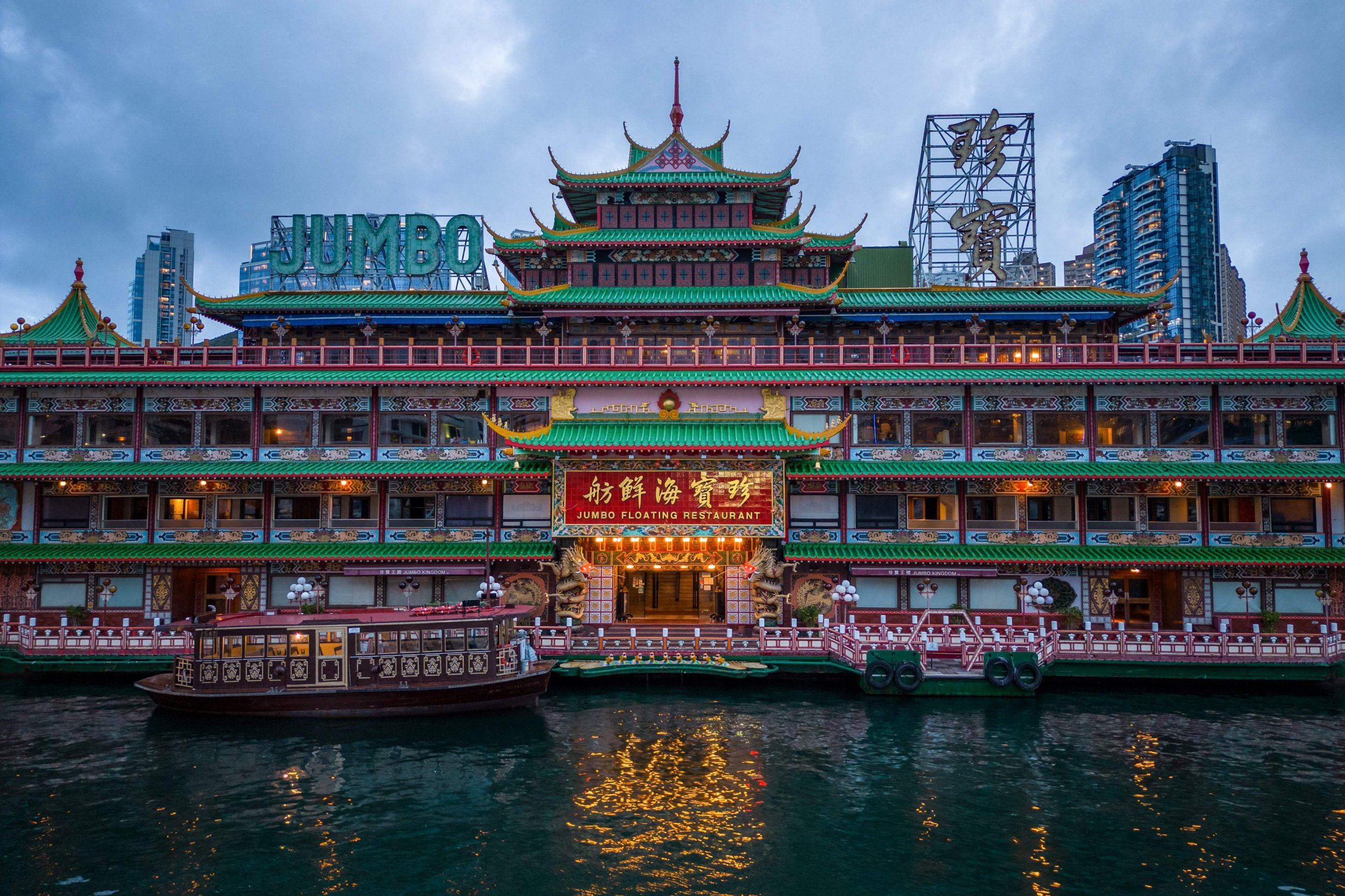 The vessel began to tip after water entered it and, despite efforts to remedy the situation, the structure sank deeper into the water.

‘As the water depth at the scene is over 3,280ft, (it makes it) extremely difficult to carry out salvage works,’ Aberdeen Restaurant Enterprises said in a statement.

The firm added it was ‘very saddened by this accident’.

At its peak, the Jumbo Floating Restaurant was attracting customers from across the world with millions visiting the unique dining experience.

The city’s original largest floating restaurant, the Tai Pak, had opened for business in 1952.

It was known as a ‘required stop in any tour of Hong Kong’ due to its extravagance.

The Tai Pak would later merge with two other establishments with the collective structure referred to as the Jumbo Kingdom.

A free shuttle boat would ferry diners to and from the structure from the city’s Aberdeen Promenade or from Sham Wan pier.

Queen Elizabeth and Prince Philip visited Hong Kong in 1975 and were hosted on the floating restaurant.

Actors such as Tom Cruise also were welcomed onto the vessel.

The Jumbo Kingdom, which went through a major multimillion-dollar renovation in 2003, could seat 2,300 diners.

But the pandemic proved to be in the nail in the coffin for the costly venture, and the site closed in 2020 and all staff were laid off.

Aberdeen Restaurant Enterprises said the restaurant became a financial burden to its shareholders, with millions of Hong Kong dollars spent on its inspection and maintenance.

The restaurant was towed away last Tuesday.

The company said it had planned to move the Jumbo Floating Restaurant to a lower-cost site where maintenance could be carried out.

Prior to its departure, the vessel had been thoroughly inspected by marine engineers and hoardings were installed.

All relevant approvals were obtained, added the firm.

‘The company is now getting further details of the accident from the towing company,’ a spokesperson from Aberdeen Restaurant Enterprises said.

The Jumbo Floating Restaurant appears in films such as Jackie Chan’s The Protector, the 1996 film The God of Cookery and in Godzilla vs Destroyah.

It also featured in video games such as Fatal Fury 2 and Sleeping Dogs.