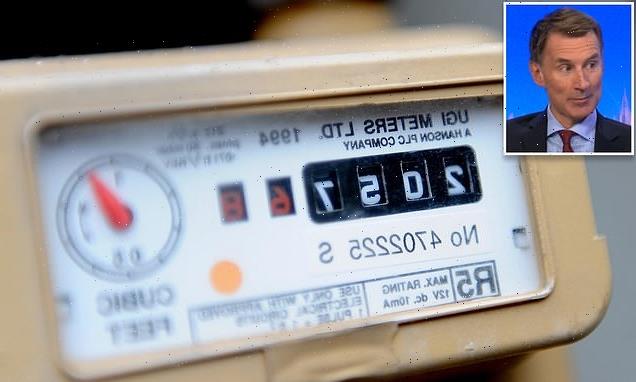 Struggling businesses will continue to get help with energy bills after the spring, with an announcement possible before Christmas on a new package of taxpayer support, Jeremy Hunt has revealed.

Under a £40billion plan that started in October, some gas and electricity costs are being underwritten by the Treasury.

But the scheme is due to only run for six months until the end of April. Help for domestic bills has already been extended into next year – albeit at a lower rate.

And last night the Chancellor said that the parallel help for firms would also continue, with details to be set out ‘very shortly’.

Business leaders had warned around 250,000 hospitality firms would face possible closure if support was not extended.

The Chancellor told LBC radio: ‘I can reassure people that we will be continuing with support. 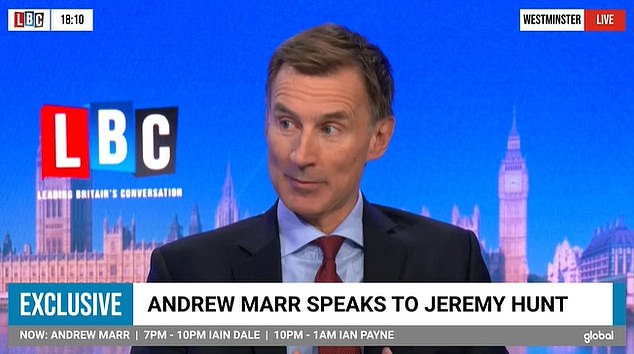 The Chancellor told LBC radio: ‘I can reassure people that we will be continuing with support. 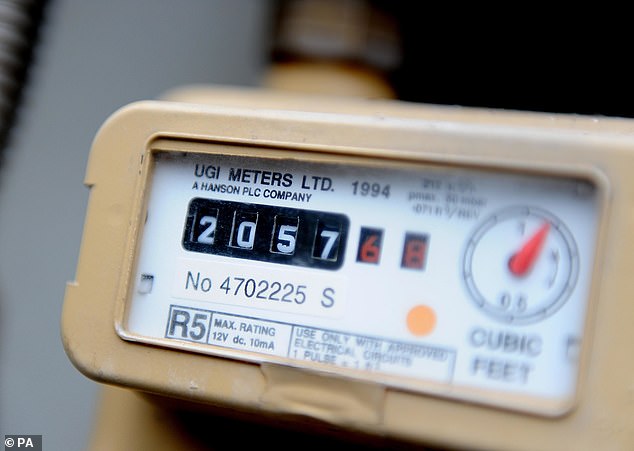 Under a £40billion plan that started in October, around a third of gas and electricity costs are being underwritten by the Treasury.

‘And we’ll be announcing very shortly the precise details of that support. But we do want to continue supporting businesses going forward.’

Mr Hunt said ‘we’re quite close’ to an announcement. Asked if it would be before Christmas, he said: ‘I hope it’ll be either just before or just after.’

It came as there was more good news for the economy, with  signs inflation might have peaked.

The headline CPI rate fell from the eye-watering 11.1 per cent recorded in October to 10.7 per cent, further than the 10.9 per cent analysts had expected.

Chancellor Jeremy Hunt admitted families and businesses are ‘struggling’ with surging prices, but delivered a strong message amid a wave of strikes by warning that the ‘wrong choices’ would only prolong the agony.

The figures were revealed after US inflation slowed by more than expected yesterday.

The Bank of England is due to reveal its latest decision on interest rates tomorrow, with predictions that it will hike them from 3 per cent to 3.5 per cent.

Although CPI is still more than five times the Bank’s 2 per cent target, slowing prices could reduce the pressure on policy-makers to go further.

The main downward factor bringing inflation off its 41-year high was transport, with costs of motor fuels rising more slowly.

That was partly offset by rising prices in restaurants, cafes and pubs.

Mr Hunt said: ‘The aftershocks of Covid-19 and Putin’s weaponisation of gas mean high inflation is plaguing economies across Europe, and I know families and businesses are struggling here in the UK.

‘Getting inflation down so people’s wages go further is my top priority, which is why are holding down energy bills this winter through our Energy Price Guarantee Scheme and implementing a plan to help halve inflation next year.

‘I know it is tough for many right now, but it is vital that we take the tough decisions needed to tackle inflation – the number one enemy that makes everyone poorer. If we make the wrong choices now, high prices will persist and prolong the pain for millions.’

‘Prices are still rising, but by less than this time last year with the most notable example of this being motor fuels.

‘Tobacco and clothing prices also rose, but again by less than we saw this time last year. This was partially offset by prices in restaurants, cafes and pubs which went up this year compared to falling a year ago.’

British Chambers of Commerce said that while inflation might have peaked Britons would continue to suffer from the squeeze.