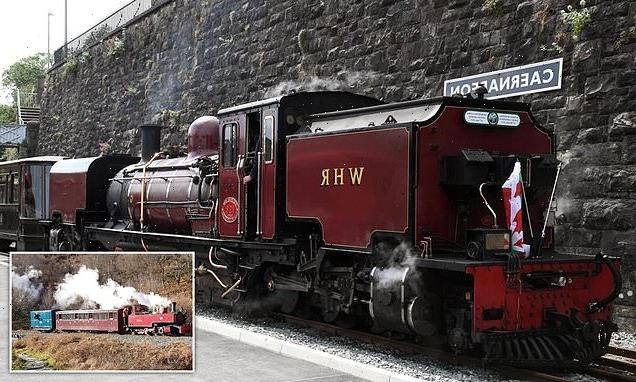 A steam train and a car have crashed at an ungated level crossing with one person taken to hospital and an investigation underway.

Emergency services including police, fire crews and the air ambulance were called to the scene in Beddgelert, Snowdonia, Wales, which involved a train called the Harbourmaster loco on the line used by the Ffestiniog and Welsh Highland Railway.

One patient was taken to Ysbyty Gwynedd Hospital for further treatment, the Welsh Ambulance Service said.

Police have asked people to avoid the area while emergency services deal with the incident at the Cwm Clock Crossing and rail chiefs investigate. 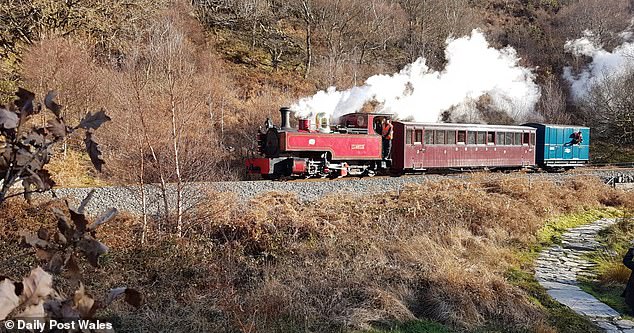 Police said: ‘Please be aware emergency services are currently dealing with an incident involving a steam train and a car at a level crossing near Cwm Gloch Isaf, Caernarfon Road, Beddgelert, Caernarfon.

‘Officers are responding to the situation alongside other emergency services colleagues. Please be reassured that there are currently no serious injuries being reported at the scene.

‘Please avoid the area whilst emergency services deal with the incident.’

The Welsh Ambulance Service said: ‘One patient was conveyed by road to Ysbyty Gwynedd Hospital for further treatment.’

North Wales Fire and Rescue Service added: ‘We’re currently dealing with an incident involving a collision between a car and a train at the Cwm Clock Crossing, Ffordd Caernarfon, Beddgelert, Gwynedd. Please keep away from the area while crews deal with the incident.’

The steam train was a locomotive operated by the Ffestiniog & Welsh Highland Railways (F&WHR). The Harbourmaster loco was running a service from Caernarfon to Porthmadog at the time. 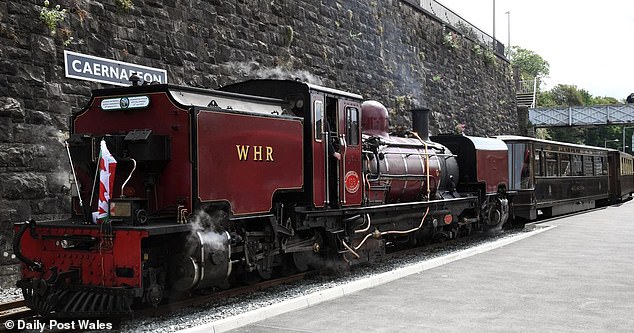 According to F&WHR, it relies on visual awareness and train whistles to ensure safe crossings.

F&WHR said a second train, pulled by the Snowdonia Star loco, has also been caught up as it navigates the Welsh Highland Railway in the opposite direction.

A F&WHR spokesperson said: ‘We regret the delays suffered by our passengers on the two trains and we are working hard to resolve the situation.’

The Welsh Highland Railway uses the line which runs for 25 miles from Caernarfon, past the foot of Snowdon to the village of Beddgelert.

People are being advised to stay away from Beddgelert to allow emergency services to work in the area.