Home » Business » Papa John’s succeeded because of freedom and opportunity, not destructive Bidenomics

Papa John’s succeeded because of freedom and opportunity, not destructive Bidenomics

Restaurant owner Cherie Castellucci joined ‘Fox & Friends First’ to discuss what forced her to close Philly’s in Summerville after 32 years in business.

The story of Papa John’s is the story of the American Dream. With hard work, drive, and ambition, my team and I were able to turn a pizza-making whim based in a broom closet in my dad’s tavern into a global pizza delivery business. But I had something else, too, when I started out — favorable economic conditions.

While I often get credit for Papa John’s success, the journey was much bigger than me. Sure, people with the true entrepreneurial spirit are often successful, but that doesn’t necessarily mean they will end up taking a small operation and building it into a 5,000-store brand.

I was fortunate enough to start out when Reaganomics was fueling countless American dreams. Entrepreneurs trying to build their businesses today are not so fortunate, and if I had to start Papa John’s in 2022 the way I did back in 1984, I’d likely be bankrupt within a year. I know what it's like to survive as a small business – the stress, the uncertainty, the endless hours, failure one day and success another – and I could never have built a global pizza delivery business under the current conditions of Bidenomics.

Inflation remains near a four-decade high, coming in at 8.2% in September and dashing hopes that price increases had begun easing. This year, we’ve seen several 40-year highs, including a 9.1% inflation rate in June. Prior to that, we saw a brief but negligible dip in the inflation rate, creating a sense of false hope that was quickly dashed. 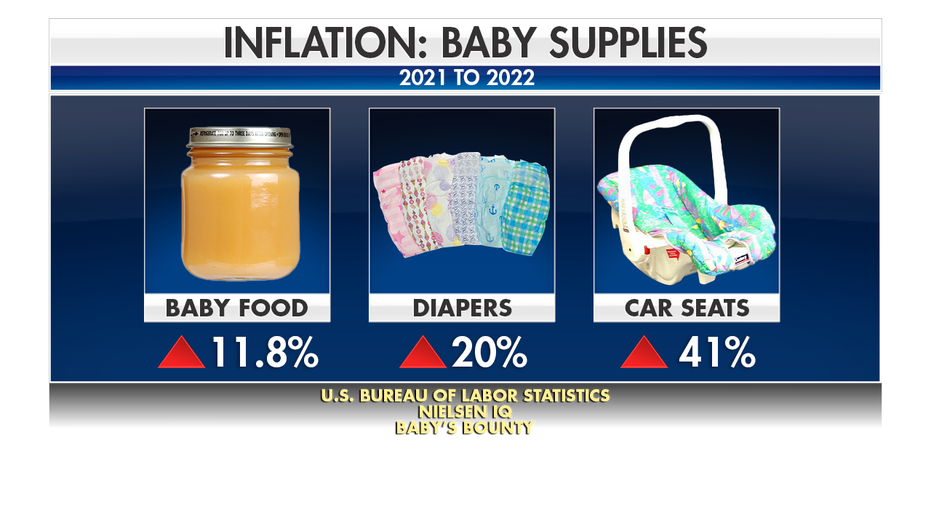 Inflation is hitting all sorts of baby supplies, such as diapers, which have seen a cost increase of about 20% since last year, according to Nielsen IQ. (Fox News/Ashley Soriano / Fox News)

The producer price index has been over 10% for most of the year and remains elevated at 8.5%, indicating ongoing inflationary pressures throughout the economy. In June, the PPI hit 11.3%, just short of the record-high of 11.7% from March, so don’t let anyone convince you that we’ve seen the worst of it yet. Like you, I’m concerned that with numbers like these, things may only get worse before they get better.

Back in April, the Biden administration jumped on a small, temporary dip in inflation numbers to paint an unrealistically rosy picture for the American people and try to deflect blame from his administration’s policy failures. He’s still playing the victim by blaming Russia and imaginary "price gouging" because he can’t admit that the primary reason for our current predicament is his own reckless policies.

At least the administration is finally willing to admit that inflation is "unacceptably high" and "our most pressing economic challenge," rather than continuing to insist that the sky-high inflation eating into Americans’ budgets is merely "transitory."

I’m not sure why it took them so long to realize that, because small business owners in this country have been struggling to keep their heads above water for a long time. Sadly, the Administration will never take the kind of action that could actually make a meaningful difference. 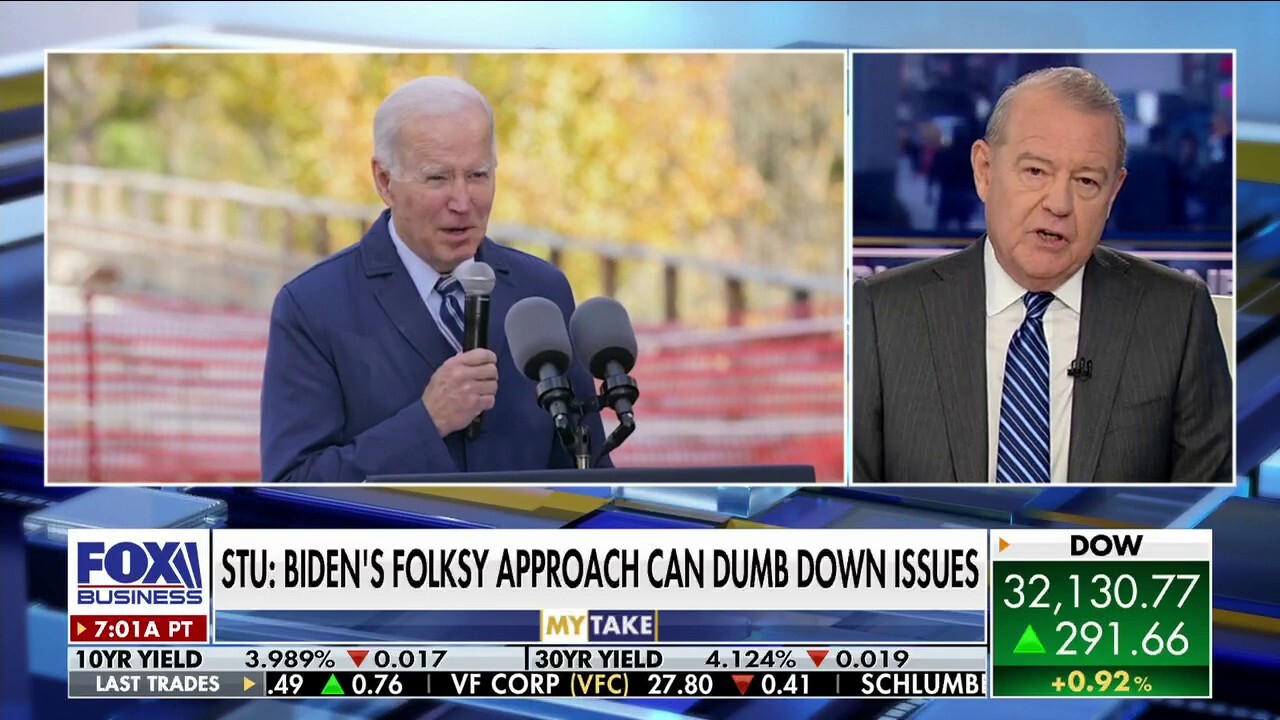 Shortly after conceding that inflation was "our most pressing economic challenge," the White House took action that is certain to make inflation worse by transferring huge amounts of student loan debt onto the backs of taxpayers – a move that is projected to cost around $500 billion. That’s a direct infusion of cash into an already overheated economy, and it’s certain to increase demand at a time when supply is still constrained. That’s the precise recipe for inflation.

The data are clear. Inflation began accelerating almost immediately after Joe Biden took office, spiking around the time of his $1.9 trillion "relief" spending for a pandemic that was essentially already over.

President Joe Biden and the Democrats then plowed ahead with a $1.2 trillion pseudo infrastructure bill (in which less than 20% of the funds actually went to infrastructure,) recklessly stoking the fire of inflation with even more borrowed money.

For much of 2021, inflation in the U.S. dramatically outpaced that of other OECD countries, though they have begun to catch up in recent months as Biden’s other policies have created an increasingly global economic calamity. 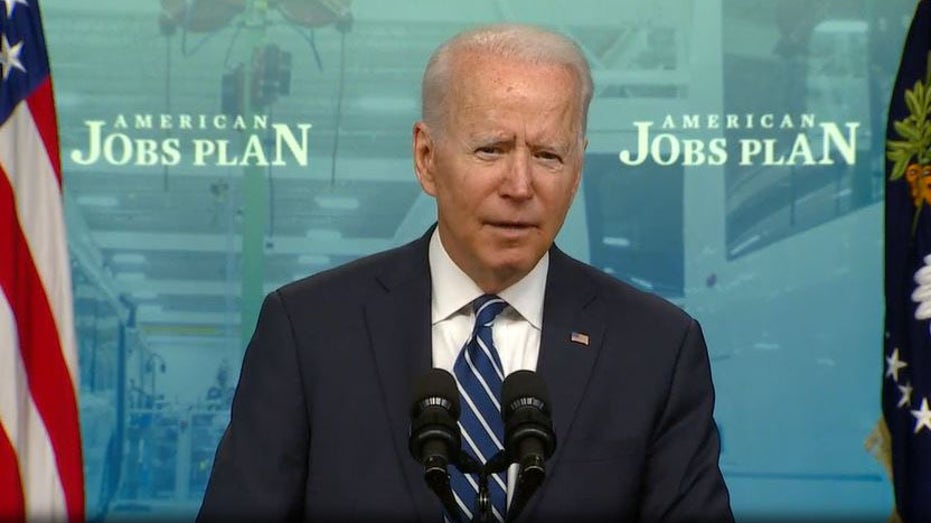 Bidenomics would have made it likely that Papa John’s would have gone bankrupt in its first year. (White House)

Compounding the problem has been his Administration's inexplicable War on American Energy, which drove the average price for a gallon of gasoline up over $5.00 – and significantly more in some markets. Diesel prices are even higher, resulting in higher consumer prices due to rising transportation costs for goods.

This is a tragedy for small businesses, which are the engine that drives our economy and is the largest producer of new jobs. A recent survey found that 85% of small business owners are concerned about how inflation will affect their business. Over 90% of small businesses have had to deal with rising costs, and one-in-four have seen costs rise by 20% or more.

At the end of the day, the reason for the sky-high inflation we’re experiencing is simple: it’s all about supply and demand. The Biden Administration juiced demand with trillions of dollars in unnecessary deficit spending, and at the same time choked off supply with a senseless war on American energy production – starting with cutting off the Keystone XL Pipeline on day one – as well as America’s greatest strength, its entrepreneurial spirit. The more they blame Russia and oil companies and other scapegoats, the more obvious it becomes that they’re in complete denial about the role they played in creating this crisis. It’s like they’re dropping a rock and hoping it goes up.

My heart breaks for entrepreneurs trying to get their start in this economy. If only they had as good an economy as I had when I got my start in the pizza delivery business. Let’s hope for their sake that new leadership is on its way to Washington soon, so the true engine behind America’s economy is free to operate unhindered and lead a new American renaissance once again.

Papa John Schnatter is the founder and former Chairman and CEO of Papa John’s International (PZZA).