'Don't be an ass:' After bowl loss, OSU's Mike Gundy snaps at reporter who asks about possible staff changes

Oklahoma State coach Mike Gundy got frustrated with a reporter who asked about potential staff changes after the Cowboys’ 24-17 loss to Wisconsin in the Guaranteed Rate Bowl on Tuesday night.

OSU also allowed 47 more passing yards per game in 2022 than it did in 2021 and the defense as a whole gave up a striking 1.1 yards more per play under new defensive coordinator Derek Mason. The offense took a slight step back as well, but it also played without longtime starting QB Spencer Sanders for three games

As Gundy appeared at his postgame news conference, a reporter asked him about any potential staff changes in the aftermath of a disappointing follow-up to a 12-2 campaign a season ago. A clearly annoyed Gundy didn’t want to answer the question, and instead of simply deflecting, he decided to take a shot at the reporter who asked the legitimate inquiry.

“Do you think I would tell you if I was making staff changes?” Gundy asked back. “Then why would you ask?”

When the reporter said he was simply doing his job, Gundy continued his answer and even threatened to cut off access to the reporter for asking the question.

The ending of Mike Gundy’s press conference got extra frosty when he was asked about the potential of making any staff changes.
| #okstate | @ocollysports | pic.twitter.com/O6BRG6mO9L

While Gundy is right that fan discussions surrounding the job security of coaches can lack humanity and empathy at times, coaching college football is also an inherently insecure and performance-based position. Those in the business are well aware that long-term stability is a rare thing, especially as coaches typically bounce around from job to job as they work their way up the rankings.

But a respectful question regarding staff changes like the one posited to Gundy after the game isn’t out of bounds. Gundy could have easily said that he’d make decisions about his staff in the days and weeks to come and left it at that. Had he gone that route, his answer would have simply been part of a forgettable exchange in a postgame news conference. 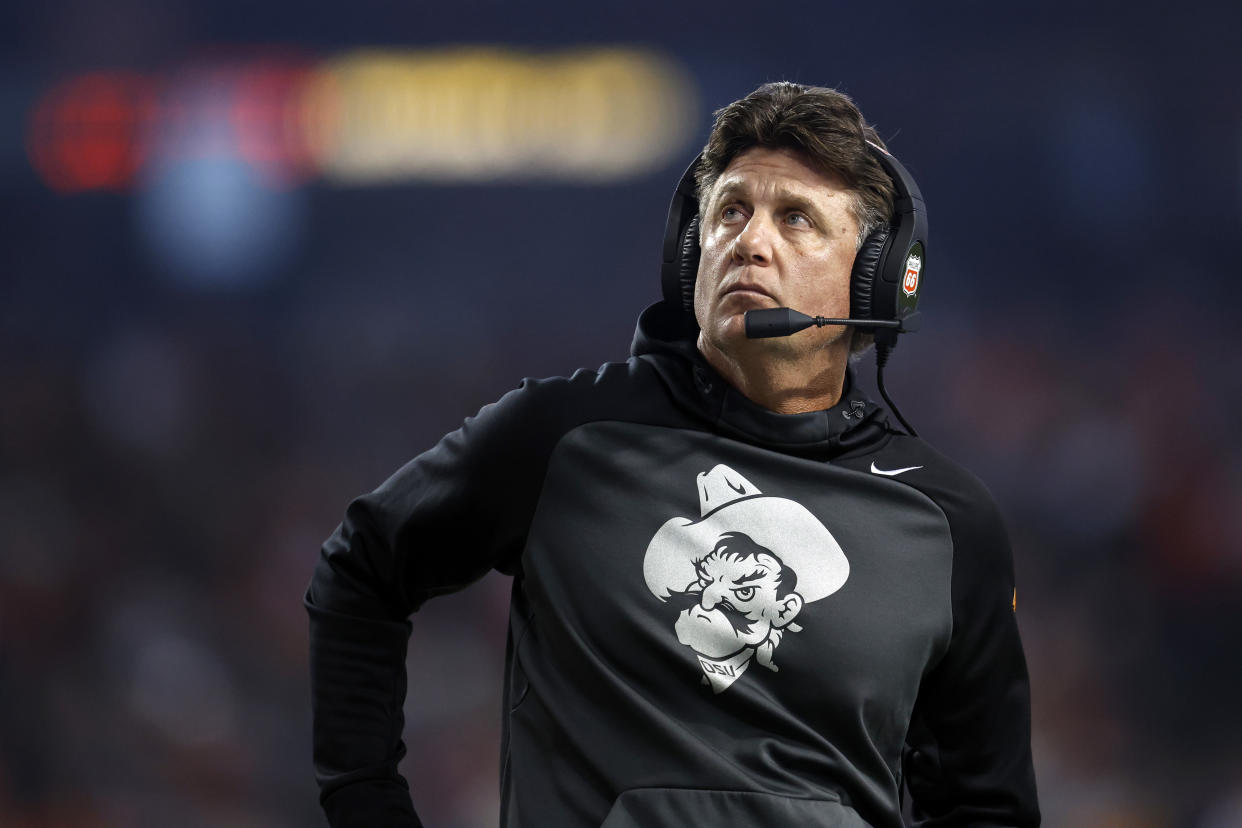