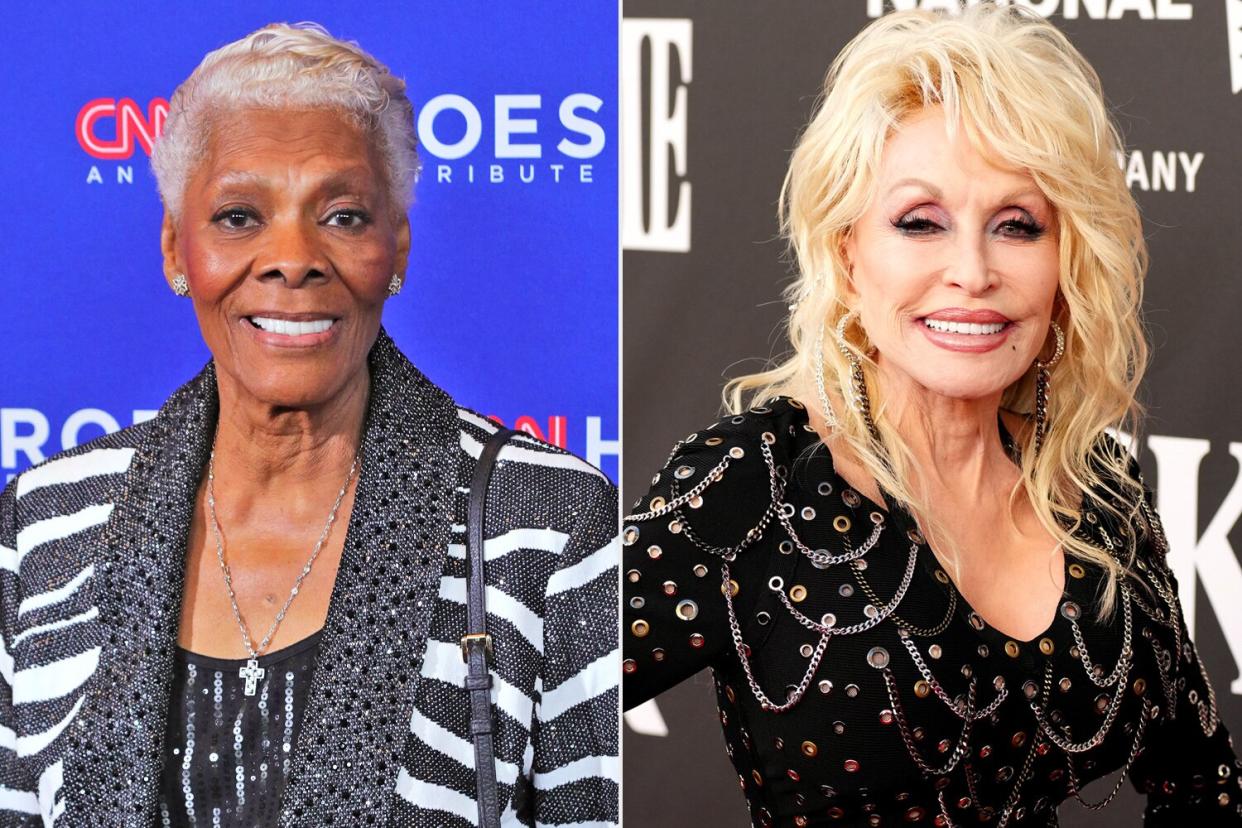 Dionne Warwick and Dolly Parton are coming together to make a “very special” gospel duet.

Warwick announced the forthcoming duet during an appearance on Tuesday’s episode of the Tamron Hall Show that she explains came to fruition after the 76-year-old country music icon sent her a song she wanted her to record.

“And then she sent me another song, the one that we’re going to be doing as a duet. It’s a gospel song called ‘Peace Like a River.’ She wrote it,” said 82-year-old Warkwick. “I am very excited about this, I really am. I’ve done so many duets over the years, but this one’s gonna be very special.”

Hall, alongside Warwick’s son Damon Elliott, who made an appearance on the talk show with his mom, raved with excitement following the announcement.

RELATED: Dionne Warwick Once Scolded Snoop Dogg and Tupac Over Misogynistic Lyrics: ‘We Got Out-Gangstered’

“I think this is a beautiful way to kick off the year,” said Hall, with Elliott replying, “It’s really good!”

Warwick and Parton hold a unique connection that dates back to 1992 when Warwick’s cousin Whitney Houston recorded a version of Parton’s 1974 ballad, “I Will Always Love You,” for her 1992 film The Bodyguard.

Houston’s version of the track reached No. 1 in over a dozen countries upon its release and went on to win awards for record of the year and best pop vocal performance at the 1994 Grammy Awards — before eventually becoming certified diamond by the RIAA for more than ten million units sold.

RELATED VIDEO: Dionne Warwick on the Legacy of Cousin Whitney Houston and Aunt Cissy: ‘It Was Just Preordained’

“She had a presence that is still very much with us. Her music, her sound, her voice, that is her legacy,” she said of Houston, who died from an accidental drowning at age 48 on Feb. 11, 2012. “Watching Whitney was like seeing Cissy (Houston) grow up again. The voice; the dedication.”

She added: “Every little girl that came along after her wanted to be Whitney Houston.”