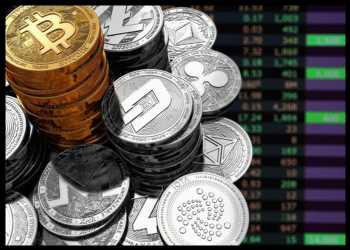 Cryptos Cool Ahead Of FOMC Minutes

Cryptocurrencies firmed up more than 1.3 percent overnight whilst world markets wait anxiously for the minutes of the recent Federal Open Markets Committee (FOMC). In the meeting held in mid-December, the Fed had, as expected raised rates by 50 basis points but shocked markets with a warning that interest rates would peak at a higher level than anticipated earlier. In the summary of economic projections released by the Fed alongside the FOMC, the peak federal funds rate was raised to 5.1 percent from 4.6 percent projected in September and 3.8 percent projected in June of 2022.

Despite the Fed’s shocker on peak interest rates, markets are eagerly waiting for the minutes to assess the aggressiveness on display during the course of the previous FOMC meeting. The Minutes could indicate to what extent the Fed decision makers would be willing to slow down on interest rate hikes as well as the extent of concern regarding a painful recession.

Markets would also be seeking to know the Fed’s thinking on a dovish pivot in its monetary policy stance, given the cooling in the inflation. Consumer Price Inflation in the U.S. has been falling steadily from the peak of 9.1 percent in June, to 8.2 percent in September, 7.7 percent in October and 7.1 percent in November. The big question on investors’ minds would be whether the Fed would oblige with a dovish pivot given the drop in inflation or would continue tightening, sticking on to the argument that inflation was still above the 2 percent threshold.

Overall crypto market capitalization has surged to $819 billion, versus $808 billion a day earlier.

Meanwhile, CNBC has reported that Sam Bankman-Fried, the founder and former CEO of bankrupt cryptocurrency exchange FTX, has pleaded not guilty to all eight counts of criminal charges brought against him by the U.S. authorities.

In a significant development, the Board of Governors of the Federal Reserve System, the Federal Deposit Insurance Corporation, and the Office of the Comptroller of the Currency have issued a joint statement that enumerates the risks associated with crypto assets and crypto-asset participants that banking companies are to be aware of.

Risk of fraud and scams among crypto-asset sector participants receives the top mention in the published list. Legal uncertainties related to custody practices, redemptions, and ownership rights are also mentioned as an important risk. The statement also warns about risks from inaccurate or misleading representations and disclosures by crypto-asset companies, including misrepresentations regarding federal deposit insurance, and other practices that may be unfair, deceptive, or abusive, contributing to significant harm to retail and institutional investors, customers, and counterparties.

Risk management and governance practices in the crypto-asset sector exhibiting a lack of maturity and robustness, risks associated with open, public, and/or decentralized networks, lack of governance mechanisms establishing oversight of the system; the absence of contracts or standards to clearly establish roles, responsibilities, and liabilities; and vulnerabilities related to cyber-attacks, outages, lost or trapped assets, and illicit finance are also featured in the joint warning.

Based on the agencies’ current understanding and experience to date, the agencies believe that issuing or holding as principal crypto assets that are issued, stored, or transferred on an open, public, and/or decentralized network, or similar system is highly likely to be inconsistent with safe and sound banking practices.