College grads are snaring high-paying jobs. How the labor shortage made way for better benefits. 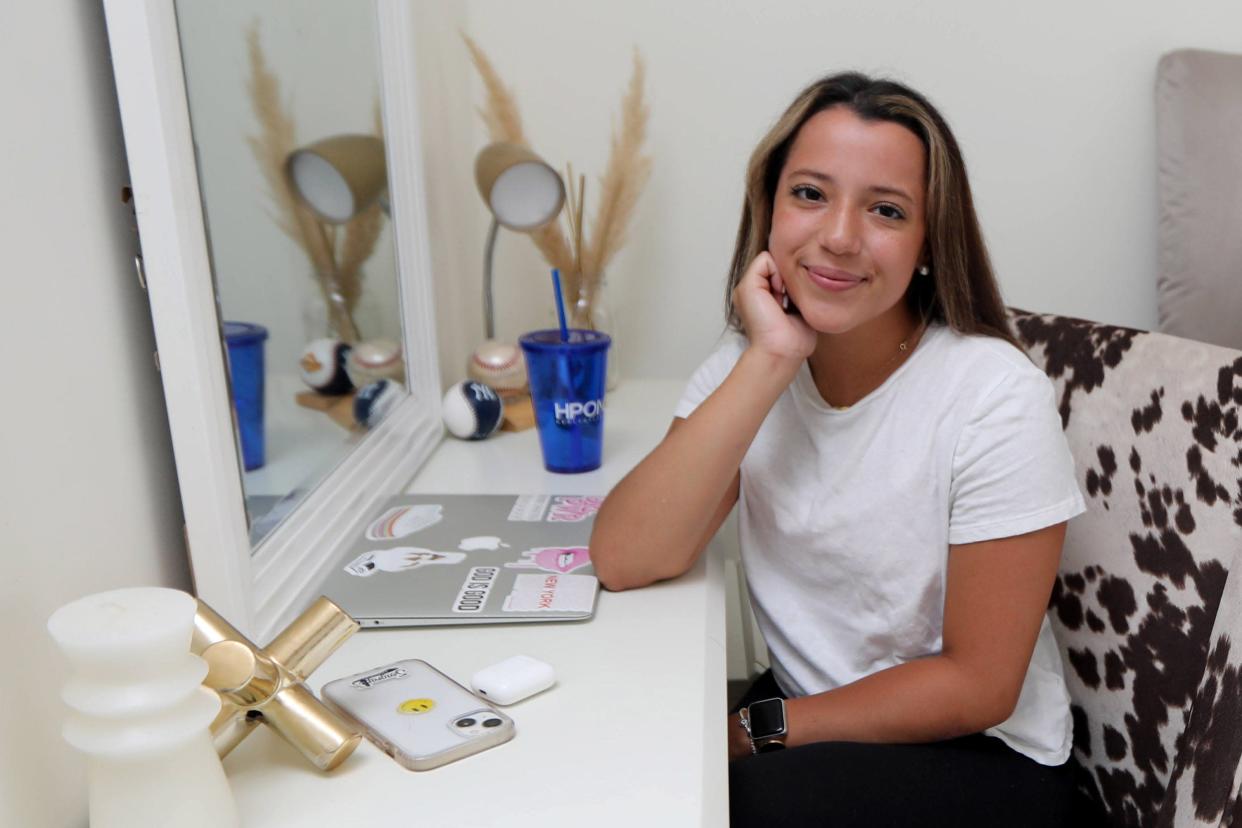 Brianna Perez, who graduated from Fairfield University in Connecticut last month with a marketing degree, could have gone the tried-and-true route by taking an entry-level job in her field.

Instead, she’ll rotate among several departments – including marketing, finance, human resources and operations – for a fast-growing health care company before choosing a long-term position in whichever area she fancies. The experience could set the stage for an eventual career as a top executive, perhaps even CEO.

“It’s like a spider’s web with so many paths I can go to,” Perez says.

This year’s college graduates are entering the most favorable job market in decades. Employers fall over themselves to snare the newly minted workers —trotting out sweetened offers as they grapple with widespread labor shortages.

Many graduates join the workforce at higher job levels and pay, or they are placed on accelerated career tracks. They’ve been wooed with signing bonuses, flexible hours, vacation stipends, pet insurance and vows to wipe away their student debt.

“It’s a bit of a feeding frenzy,” says Julia Pollak, chief economist at ZipRecruiter, a job site. College grads “kind of seem like a pot of gold.”

It’s no wonder. In April, there were 11.4 million job openings, not far below the prior month’s record high, and roughly two vacancies for each unemployed person. Although many Americans streamed back into a sizzling job market as the pandemic eases, others are sidelined by COVID-19 fears or child care responsibilities or cushioned by cash reserves built up during the health crisis.

A couple of million baby boomers retired early in the crisis, and most of them aren’t coming back despite soaring inflation and a plunging stock market. Those retirees are joined by about 10,000 retiring boomers each day.

The abundance of job openings prompts a near-record 4.4 million Americans to quit jobs each month, typically for better-paying positions, further widening the chasm in the labor market.

“Employers are choosing college graduates to fill the gap,” says Jim Kwapick, district director of Robert Half staffing. “They just don’t have the workers they need.”

Getting an early boost

The trend gives grads a big leg up at the outset of their careers. Many college students who graduate during downturns, such as the Great Recession of 2007-09, suffer earnings losses and downshifted career trajectories that can last at least a decade, studies found. The opposite is the case for those who enter booming job markets.

Promotions and raises are often tethered to a graduate’s starting point. Financial well-being, retirement savings and the ability to buy a home hinge on a worker’s earnings history.

“The benefits of graduating into a red hot labor market could compound,” according to a ZipRecruiter report.

Employers planned to hire 31.6% more college graduates in 2022 than last year, according to a survey in March by the National Association of Colleges and Employers. Eighty-one percent of college grads are confident they’ll get a job offer that matches their career goals, a survey by job board Monster shows. By contrast, 73% of grads took a job out of desperation last year.

Breaking down the good and bad of EVs: Considering an electric vehicle? Here’s what to expect if you’ve never driven an EV before.

At Wake Forest University, full-time job postings over the past school year doubled from the prior year to 91,400, according to Andy Chan, the school’s vice president of innovation and career development. More than half of seniors accepted offers before graduating.

“This is the hottest job market most of us have seen,” Chan says.

At Michigan State University, job postings doubled to 200,000 the past year, says Jeff Beavers, executive director of the school’s Career Services Network. Employers are so aggressive that some troll social media to learn of the jobs seniors land, then lure them away with a better package. He says 2% to 3% of this year’s grads reneged on acceptances.

The competition translates into bigger paychecks.

New college grads’ salaries are up 8% to 11% since 2020, in line with overall pay increases, according to staffing firm Manpower. Pay for many graduates in professional fields is up 20% to 30% this year, Kwapick estimates.

Thirty-three percent of 2022 graduates are offered signing bonuses of at least several thousand dollars, up from a percentage in the low single-digits before the pandemic, Pollak says. Fourteen percent of job postings on ZipRecruiter advertise tuition or student loan assistance, up from 2.4%. The share dangling vacation stipends and pet insurance has more than tripled, and remote work options and offers of sabbaticals have increased more than sevenfold and ninefold, respectively.

Dollar stretches. So do the lines: A weakened euro is good news for US travelers. For the large crowds in Europe, not so much.

Although the market is broadly favorable, the biggest gains in pay and benefits are going to graduates in high-skill fields such as computer science, engineering, health care, accounting and finance, university and staffing officials say.

Perhaps the most enduring value is the opportunity afforded many grads to launch their careers in more significant roles or to move up quickly.

Accounting majors who traditionally would have started in transactional jobs are given more analytical responsibilities, Kwapick of Robert Half says. Information technology specialists start as programmers instead of on the help desk, he says. Marketing professionals develop broad strategies rather than post messages on Facebook or Twitter.

In retail, new grads slot in as managers, or they’re placed on tracks that propel them to such positions quickly.

“You don’t have to pay your dues as long as you used to,” says Jim McCoy, senior vice president of Manpower.

Despite the rising pay, the pay levels for college grads generally are still a bargain for employers compared with the salaries of experienced workers, Chan of Wake Forest says.

Just 4% of job postings on ZipRecruiter this year include a requirement for five years of experience, down from 8% in 2018. Companies have become far more willing to hire people with little or no experience and train them, Kwapick and McCoy say.

Perez, of Fairfield University, applied to about a dozen companies and interviewed with half of them. Her 15-month rotation at HealthPlanOne, a Trumbull, Connecticut-based health care marketing firm, is “a learning opportunity,” she says. 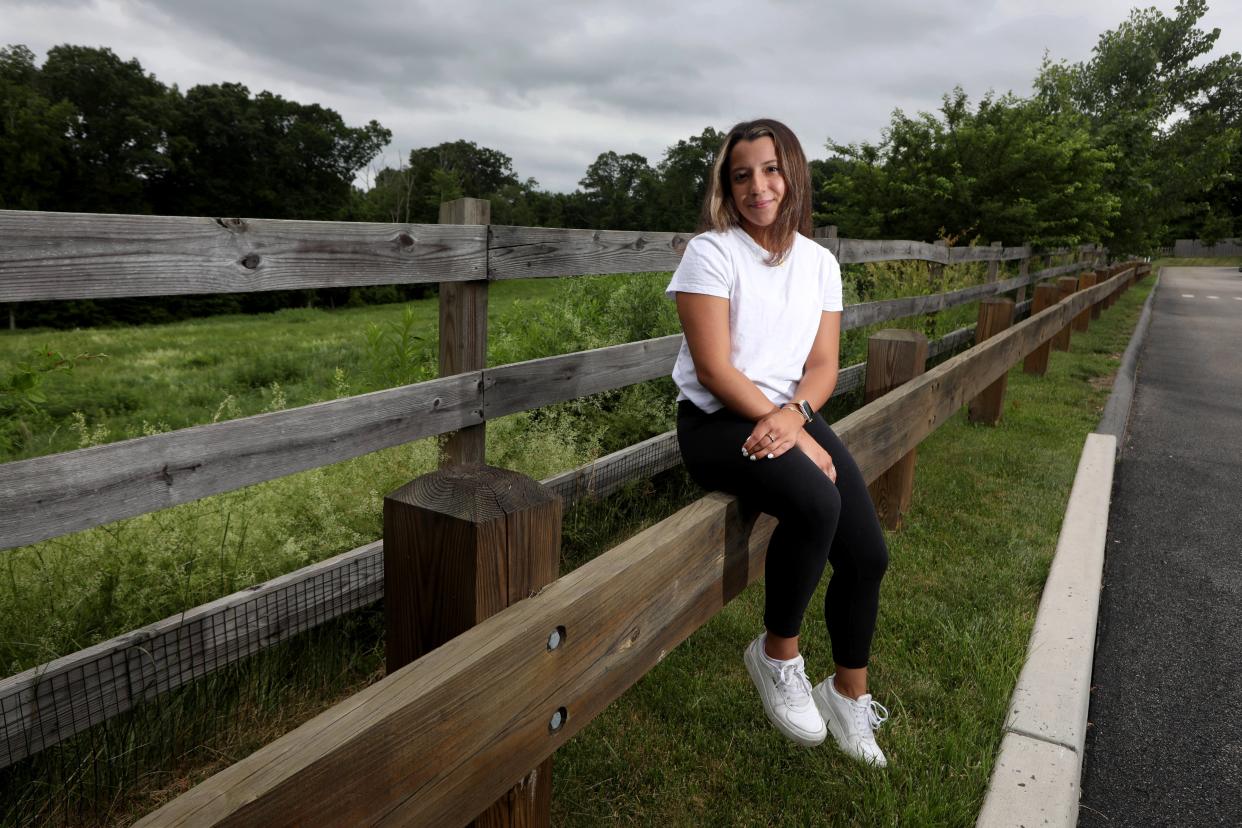 “I’m actually getting paid to figure out what I want to do,” she says.

HealthPlanOne created the program – which includes mentoring and training – in 2021 in response to a 30% to 40% employee turnover rate the past couple of years, up from 15% to 20% before the pandemic, says Mark Starbeck, the company’s vice president of talent acquisition.

“We want to combat that,” he says, noting that all three program participants who joined last year are still with the company. Five recent grads, including Perez, were picked for this year’s program, which begins later this month.

After they complete the rotation, they’ll choose permanent positions that typically would have required a few years of experience, Starbeck says.

Johnson Brothers, a 69-year-old wine and beer distributorship, had never recruited salespeople from colleges but began to last year and will expand the effort this fall to cope with the worker shortages, says Ryan Fox, company director of recruitment.

“We want to move more people through the organization and grow our talent pool,” Fox says. In its recruiting drive on college campuses this fall, the company plans to tout students’ ability to rise to higher levels – such as regional manager or customer development specialist – faster than employees historically could.

Adam Ben-Moche interviewed for a health care analyst job at Plante Moran, a consulting firm, but the recruiter suggested he would be better suited for a position as an information technology consultant for governments, so he could use his interpersonal skills. He was shown a road map to becoming a partner.

“I prioritized finding an employer where I would not feel the urge to jump around,” he says.

It didn’t hurt that the company paid his daily commuting expenses for the Chicago-based job, along with half his monthly gym dues.