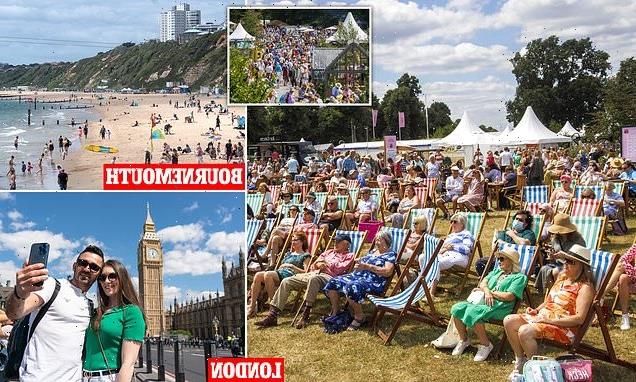 Hotter than MEXICO: Brits set for a four-week long scorcher with temperatures set to soar to 95F as bookies slash the odds on July being UK’s warmest ever month

Britons are facing sweltering 95F (35C) temperatures later this month – making the UK hotter than Cancun – as bookies slash odds on July being the hottest month ever on record.

The mercury is expected to rise above 86F (30C) later this week, before then rising further shortly after, as water bosses desperately urge families to change some of their behaviour to avoid a hose pipe ban.

People have been told to avoid baths, put less water in the kettle and only do full loads of laundry as the hot weather begins to make its way to British shores.

Brian Gaze from The Weather Outlook told the Star: ‘The mid-30s are expected, but 35C or higher would not be a surprise (this month). Some forecast models show extreme heat.’

It comes as bookmakers have now slashed the odds of a record-breaking July from 4/1 last week to just 6/4.

Alex Apati of Ladbrokes said: ‘Sun cream sales could go through the roof this month with a record-breaking hot July well on the cards.’ 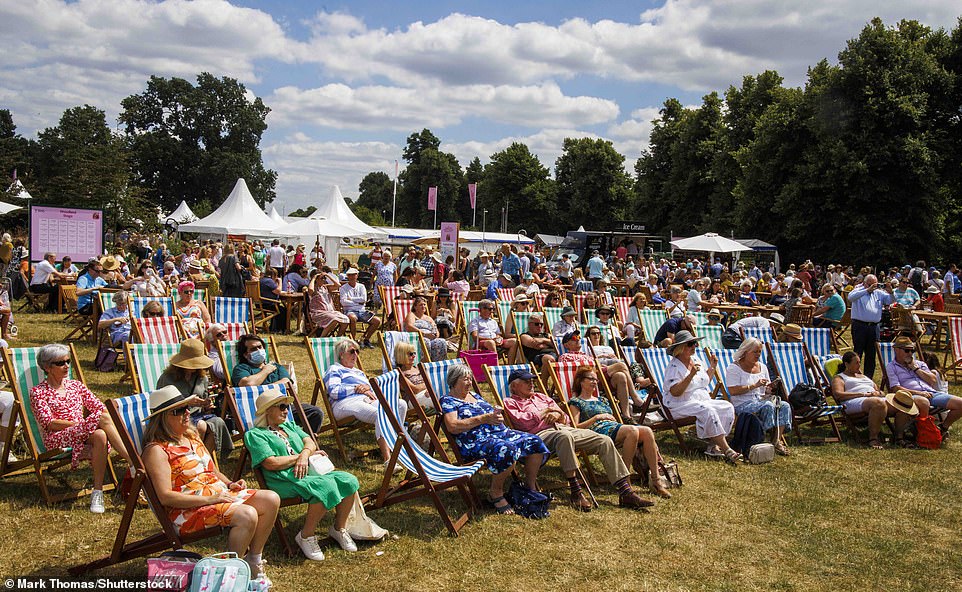 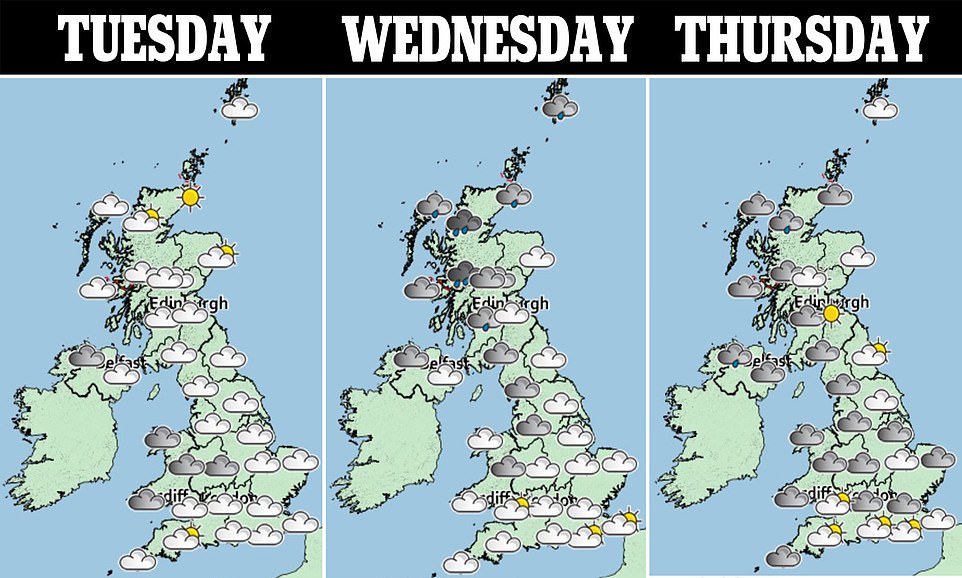 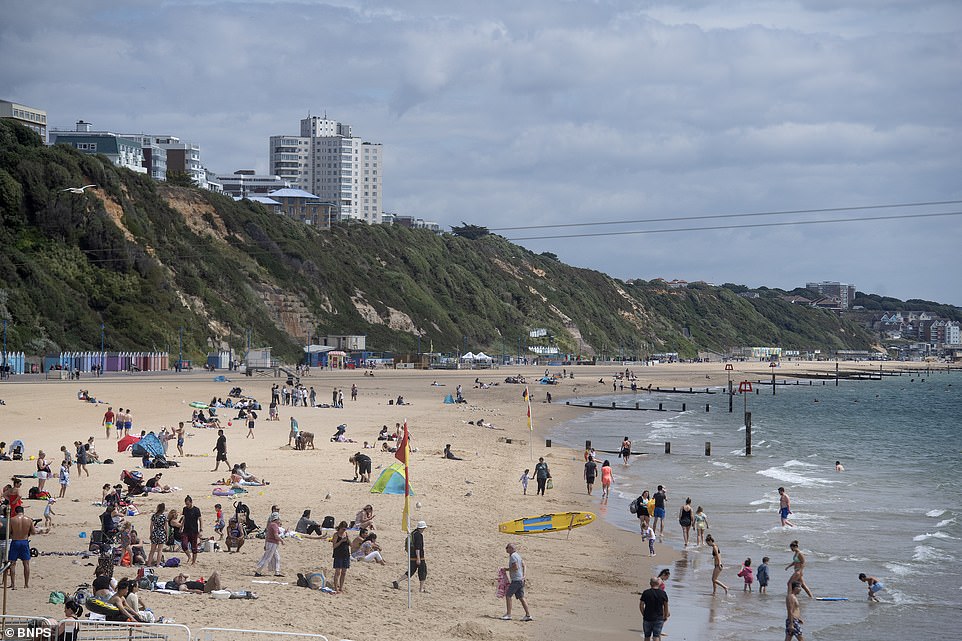 People enjoy playing and relaxing on the beach in Bournemouth, Dorset on a warm, sunny Monday afternoon 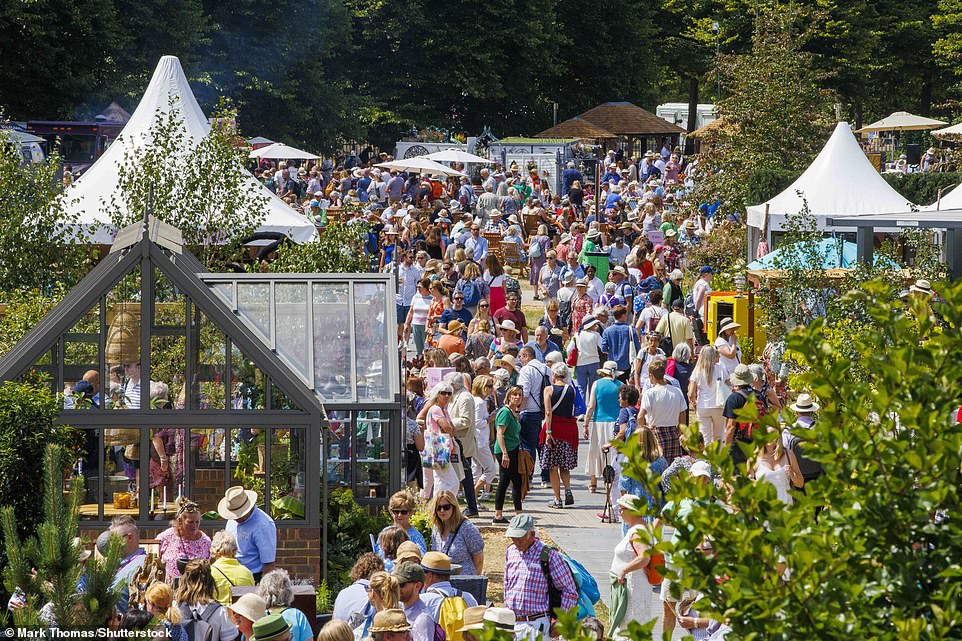 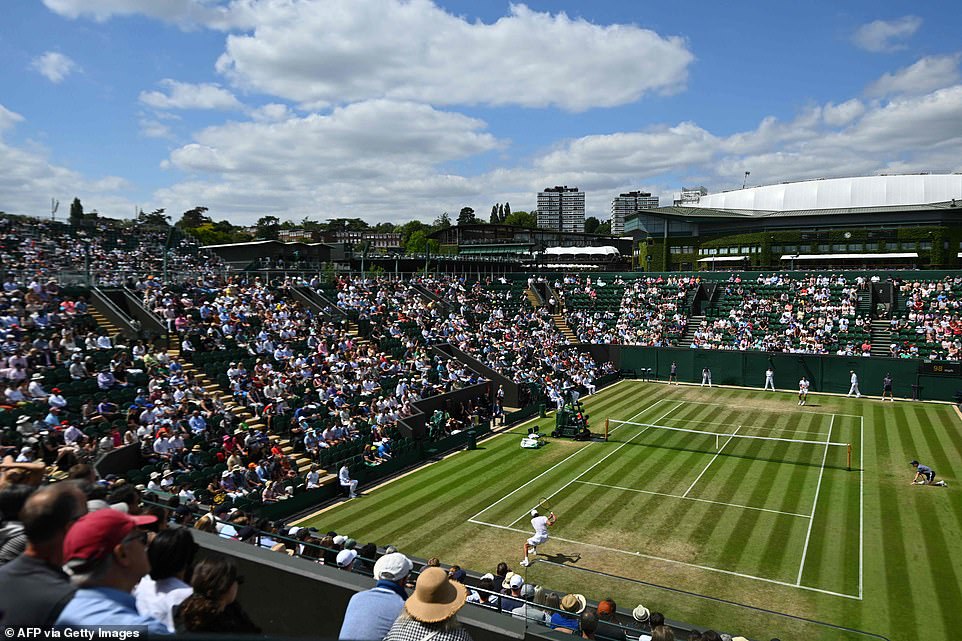 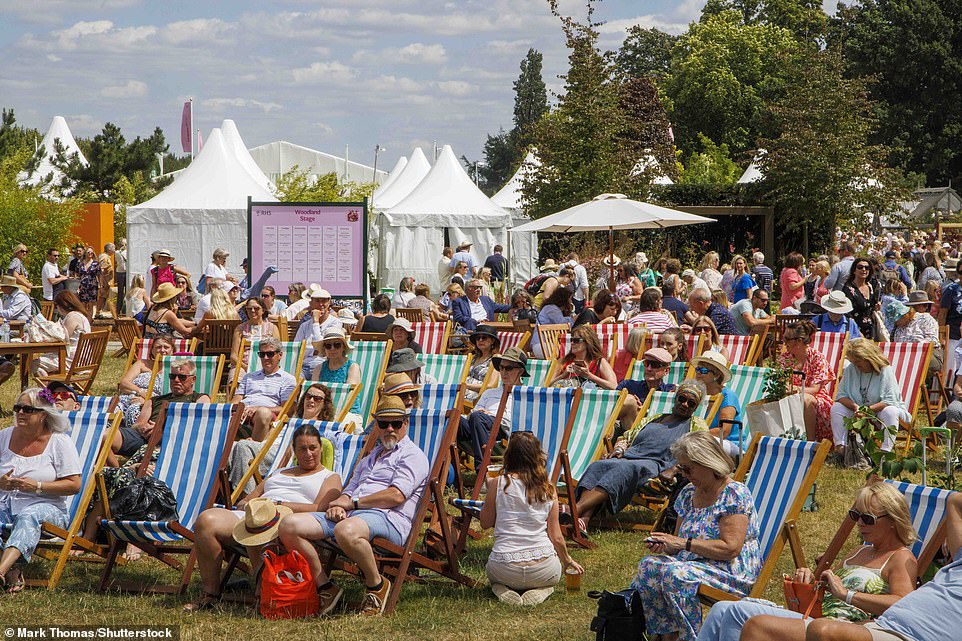 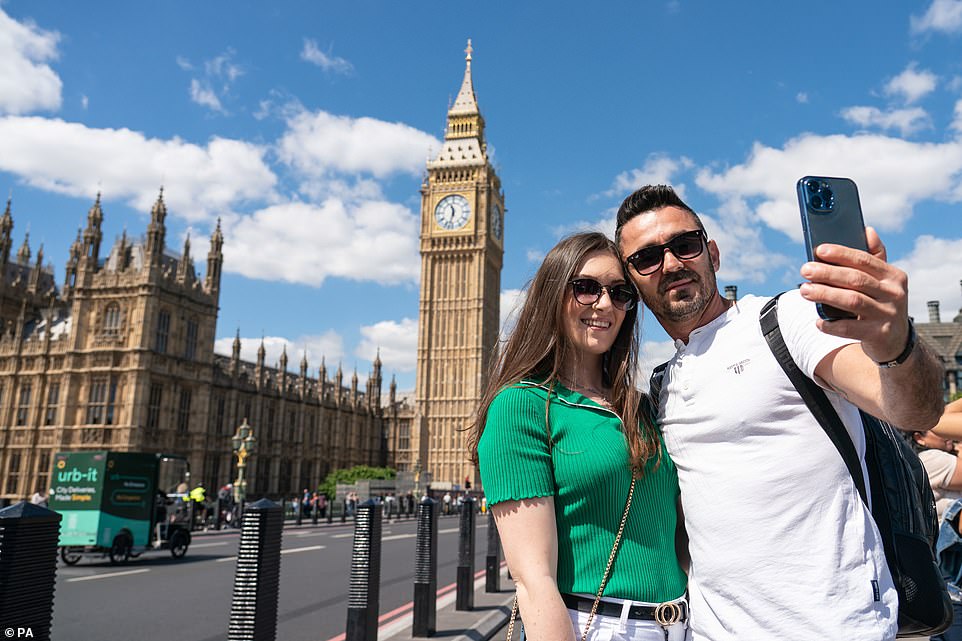 Tourists pose for a selfie with Elizabeth Tower and the Houses of Parliament, in Westminster, London, as people enjoy the warm weather 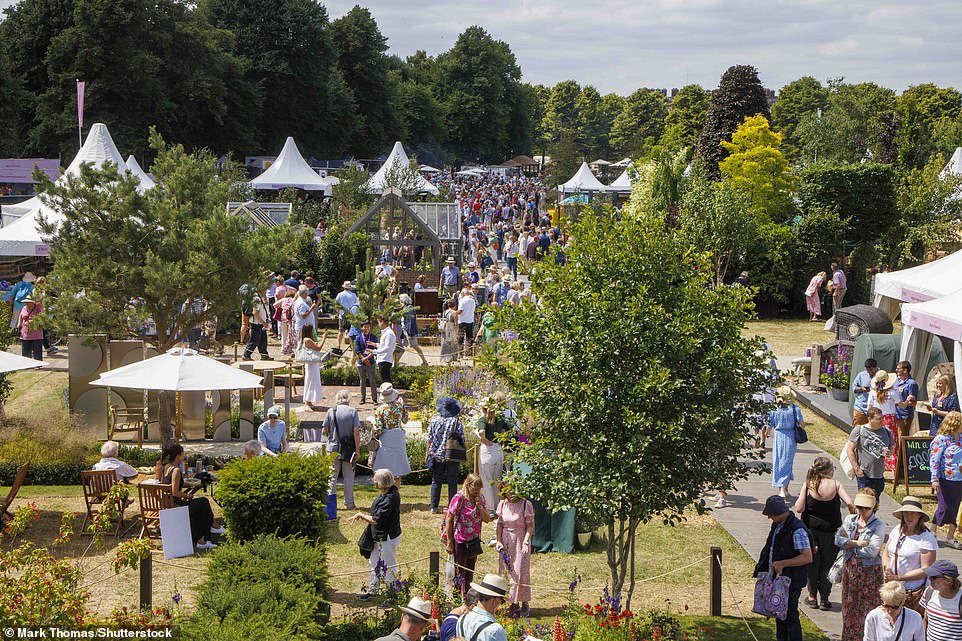 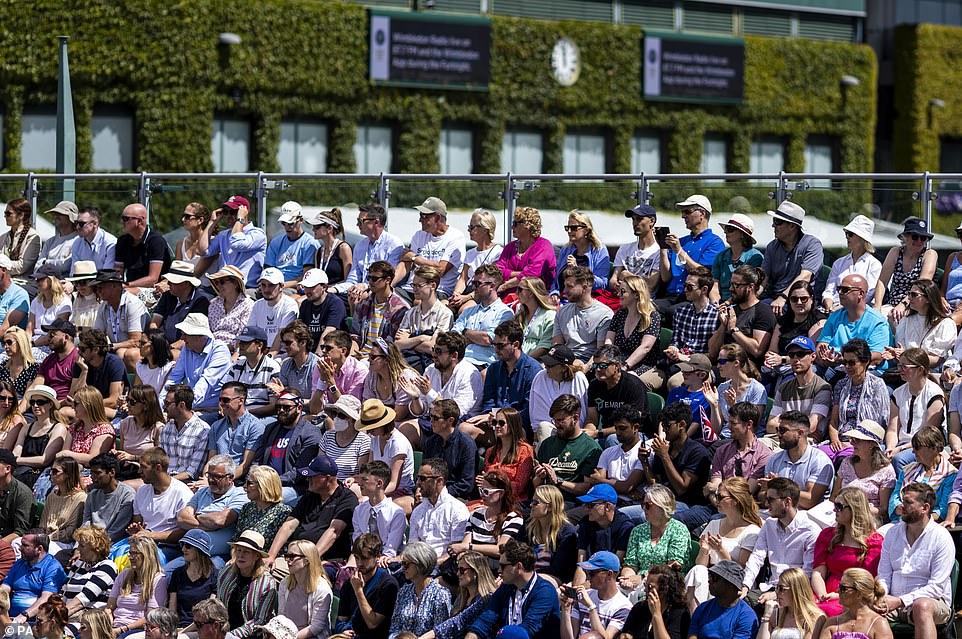 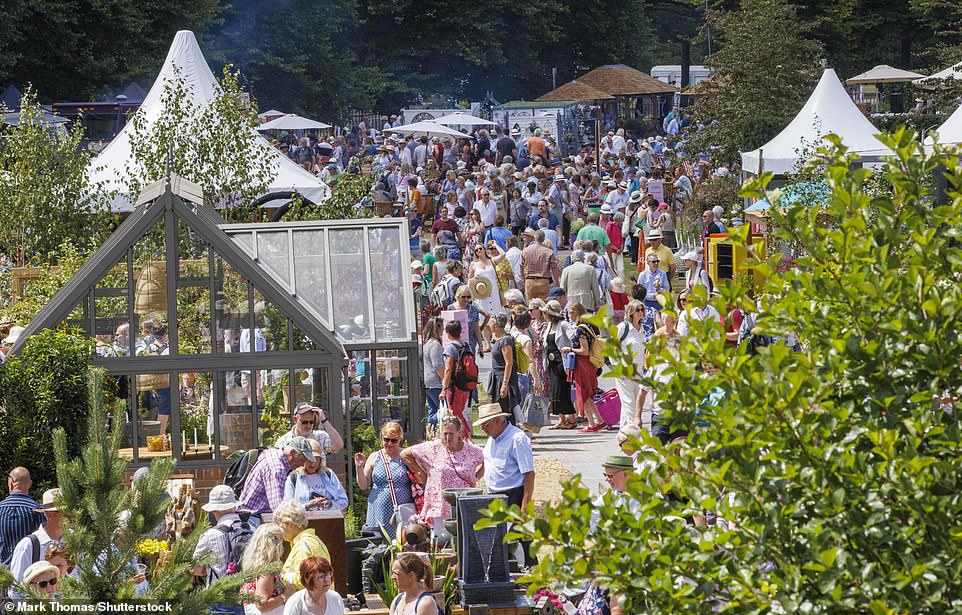 After some changeable weather over the last two weeks, high pressure is now building across the southern half of the UK, bringing settled, dry, sunny, weather for many in the southern and eastern parts of the country. Further north the unsettled conditions are more likely to predominate with some showers possible

Met Office Deputy Chief Meteorologist Rebekah Sherwin, said: ‘The influence of the high pressure is likely to continue across southern areas into the second week of July and at times could be more widespread.

‘Temperatures are expected to be widely above average, especially across the south, with some areas seeing maxima in the high 20s, locally 30 Celsius by this weekend.

‘Beyond that, the forecast becomes more uncertain and, while it may well continue warm, the extent, magnitude and duration of these above-average temperatures are not clear at this stage and won’t be known until closer to the time.’

Mr Gaze, from The Weather Outlook, added: ‘With parts of southern Europe experiencing extreme heat during the early part of the summer there is the potential for the UK to import some of that if the pressure blocks across Europe and the North Atlantic fall into the right places.

‘In recent years periods of extreme heat have become more common in the UK. I wouldn’t be surprised if temperatures climbed to 35C (91F). To put a little context on that, the hottest day in the entire decade of the 1980s was 34.4C.’

Water suppliers have given a variety of advice with Thames Water suggesting Brits ‘save water by only starting the washing machine once it’s fully loaded.’

Anglian Water told the Daily Star that residents to ‘use every space in your dishwasher before putting it on’, while Scottish Water said people should ‘fill the kettle with only the water you need to help protect a precious resource by saving water.’

Government water regulator Ofwat said: ‘If possible, take a shower instead of a bath. A five-minute shower uses half the volume of a bath. Wait until you have a full load before using your washing machine or dishwasher.’

The most recent fears of a hose pipe ban came in May 2020. It was the driest May in 124 years after only 1.25in (31.8mm) of rain fell in the month following an unusually dry and sunny April.

Yorkshire Water at the time warned customers not to spray their lawns and take four-minute showers rather than baths after seeing a spike in demand amid the UK’s first Covid-19 lockdown.

The company asked its three million households to voluntarily cut their water usage, urging people to turn the taps off when brushing their teeth.

Do Kwon Hires Lawyers To Prepare Against Terra-LUNA Crash Investigations