Big Olaf Creamery brand ice cream is behind a deadly Listeria monocytogenes breakout impacting 10 states, according to the Centers for Disease Control and Prevention.

One person from Illinois died, one pregnant woman lost her fetus and 22 people have been hospitalized as a result of the outbreak, the CDC said Friday.

“As a result of this investigation, Big Olaf Creamery in Sarasota, FL, is voluntarily contacting retail locations to recommend against selling their ice cream products. Consumers who have Big Olaf Creamery brand ice cream at home should throw away any remaining product,” according to the CDC.

USA TODAY has reached out to Big Olaf Creamery for comment. No updates have been posted on the company’s website or social media.

Big Olaf Creamery’s web site calls the ice cream “A Florida Tradition Since 1982,” saying it “has been family owned and operated for 25 Years.”

“All of our ice cream is handmade in batch freezers just like the good old days!” the web site says. “Creamery direct delivery to most of Florida. Our primary focus is to serve ice cream parlors, senior homes, restaurants, fairs, and supermarkets with a full range of premium frozen products.”

Consumers and businesses should immediately dispose of any remaining Big Olaf Creamery brand ice cream and clean surfaces that may have had contact with it. 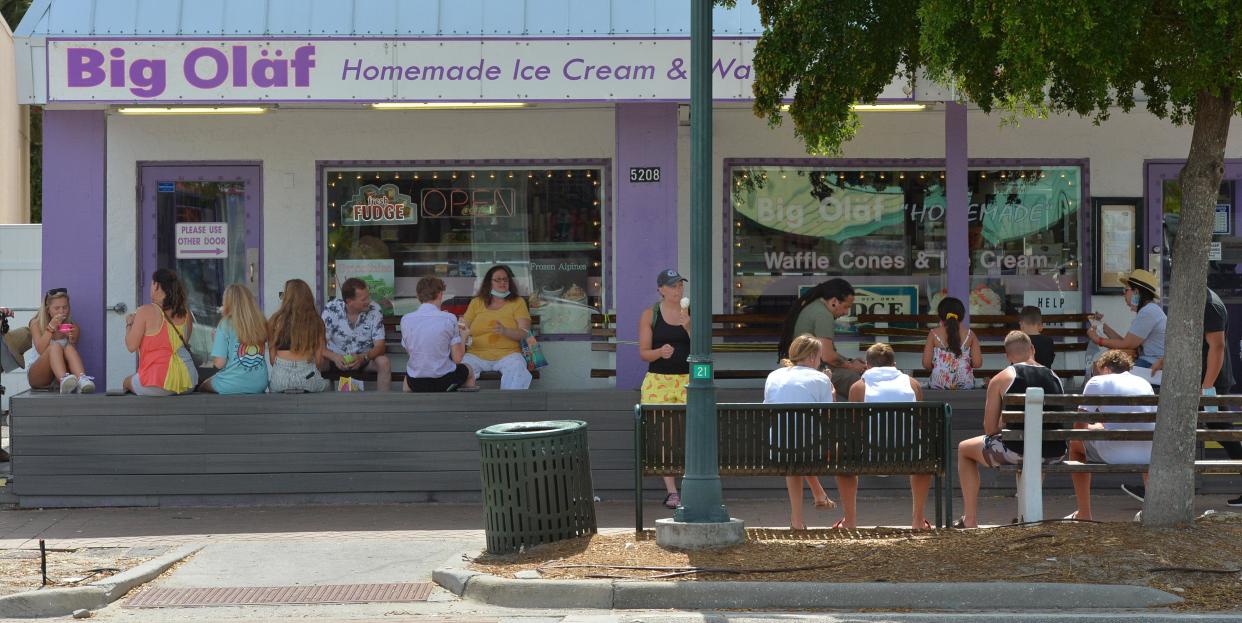 Listeria, one of the most dangerous forms of food poisoning, can be treated with antibiotics, but pregnant women, newborns, the elderly and those with compromised immune systems are at high risk of severe illness. Symptoms usually start one to four weeks after eating contaminated food, but can start as soon as the same day.

Signs of illness include fever, fatigue, muscle aches, nausea, headaches, stiff neck, confusion, loss of balance and convulsions. When severe, Listeria can spread from the gut to other parts of the body.

CDC officials said late last week that nearly all the people known to have been infected in the outbreak either live in, or traveled to, Florida about a month before they got sick.

The first cases occurred in January of this year, but have continued through this month, when two of the people got sick, CDC officials said.

Contributing: The Associated Press and The Sarasota (Florida) Herald-Tribune