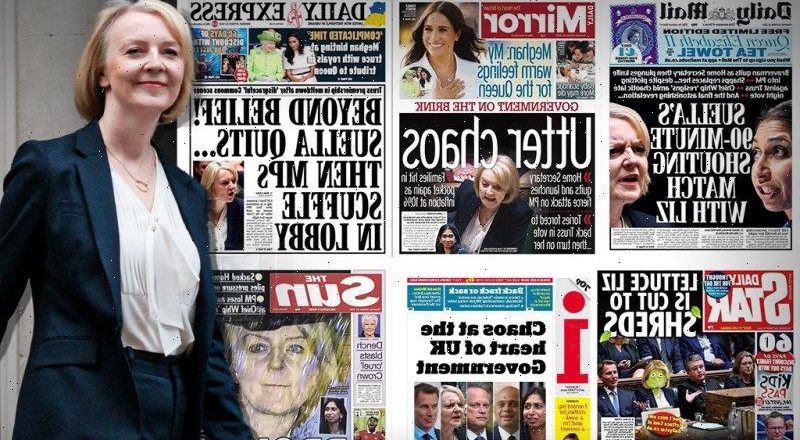 London: The premiership of Liz Truss has effectively been over for days, perhaps even weeks, but cruelly she’s yet to be put out of her misery. It is coming, there’s no doubt. And for everyone’s sake, it should really hurry up.

The problem is that her colleagues can’t agree on a replacement and don’t want to further spook the financial markets. There’s also a Conservative rule that a new leader cannot be challenged within 12 months. So, that would have to change with a majority vote of the party room, or 179 of the 357 MPs. The speculation is that the numbers are already there. 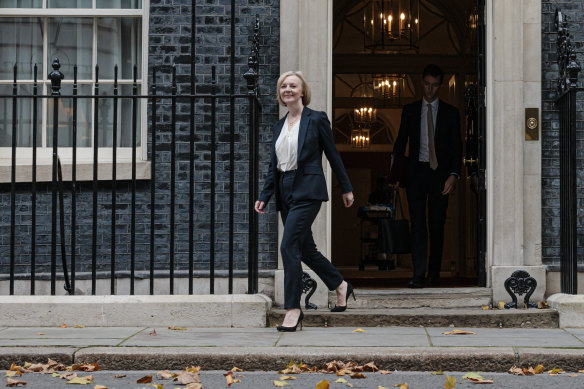 Of course, the easiest option is for the PM to realise her position is irredeemable and her government and party are headed for oblivion. There are no signs that she’s there yet.

After tearing her policy platform up and starting again, Truss had hoped this week might be clear sailing. But in just a few hours on Wednesday, her already hopeless and hapless reign turned from absurd to outright ridiculous.

She now faces a battle to reach the weekend in No 10, let alone the end of the year.

Those who follow politics have laughed for years at the genius of such TV shows as Yes, Prime Minister or the more modern, darker British comedy The Thick Of It.

These shows are parodies of the inner workings of politics, hammed up for comic and dramatic impact. But had the combined wit of screenwriters Antony Jay, Jonathan Lynn or Armando Iannucci come up with this they’d be told it was too far-fetched.

The Chancellor, Jeremy Hunt, told a meeting of colleagues on Wednesday, according to someone in the room: “this would be really interesting shit if I wasn’t in the middle of it”.

Truss had started the day with murmurings that her former cabinet colleague, Sajid Javid, would confront her in parliament over some quite mean things her office had said about him in the weekend newspapers.

Jason Stein, a special adviser to Truss, was suspended for planting quotes in The Sunday Times that Truss thought he was “s—” and should not replace Kwasi Kwarteng at the Treasury. Stein was also suspected of being the Downing Street aide who told a journalist that former levelling-up secretary Michael Gove was “clearly” someone who got “his kicks in a sadistic way”.

Javid agreed not to blow the place up once he was given an assurance that Stein would be suspended.

Having delegated her duties to a colleague on Monday to avoid facing parliament (when we were not told where she was but that she was definitely NOT hiding under a desk), Truss survived 30 minutes of questioning in the chamber, with only a few light blows landed by Labour leader Sir Keir Starmer. He set the tone for the session with a well-written gag, as the prime minister battled quips about her U-turns.

“A book is being written about the prime minister’s time in office. Apparently, it’s going to be out by Christmas”, Starmer said, to more than a few chuckles from those sitting behind Truss.

Having got to 4pm without any new disasters, it was then that the home secretary, a former ally, detonated a political grenade by resigning, having admitted to sending confidential cabinet documents via email to a colleague from her personal account. Suella Braverman, clearly having been told by her boss she had no choice other than to go, did the honourable thing and quit for breaching a ministerial code.

She was so honourable that she shared her farewell note to the PM on Twitter. 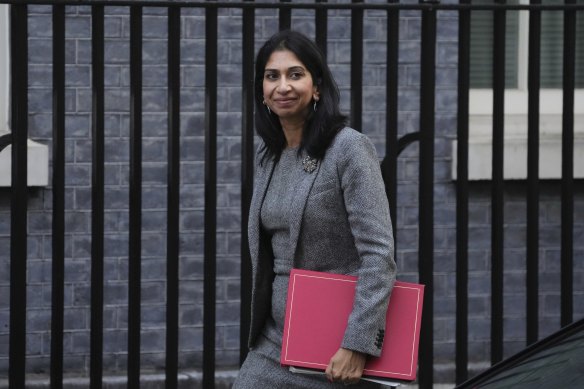 “The business of government relies upon people accepting responsibility for their mistakes,” Braverman wrote. “Pretending we haven’t made mistakes, carrying on as if everyone can’t see that we have made them, and hoping that things will magically come right is not serious politics. I have made a mistake; I accept responsibility; I resign.

“It is obvious to everyone that we are going through a tumultuous time. I have concerns about the direction of this government. ”

And if all this wasn’t bad enough, a rather pointless motion – whether to debate the overturning of the fracking ban – was suddenly billed by Truss’ own people as a pseudo-confidence vote in her leadership.

That was until they realised it probably wasn’t a good idea and instead her office rolled that back. But no one told her chief whip, close friend Wendy Morton, and all hell broke loose.

Having defeated Labour’s motion convincingly this should have been a huge moment of relief, but instead, it took a very odd turn. There was confusion about whether the vote was indeed a matter of confidence or not and Therese Coffey, the deputy prime minister, and Jacob Rees-Mogg were seen by a group of wavering Tory MPs trying to get them to back the government.

Chris Bryant, the Labour MP, then claimed: “I saw members being physically manhandled into another lobby and being bullied.” He demanded a parliamentary investigation and presented a photo that he said showed Tory MP Alexander Stafford being physically propelled into the voting lobby by Coffey and Rees-Mogg. 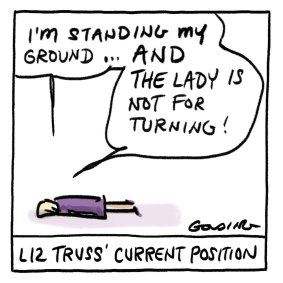 Another MP claimed they’d seen Tory whips manhandling a crying MP. Rees-Mogg admitted that one MP “used an expletive” but said “to characterise it as bullying is mistaken”

Craig Whittaker, the deputy chief whip, was also said to have quit and reportedly said: “I am f—ing furious and I don’t give a f— anymore.”

Almost all media outlets then reported Truss had personally sacked Morton – a claim which stood for two hours without anyone correcting it – before Downing Street denied it.

Sir Charles Walker, a veteran Tory MP, has had enough, telling the BBC: “As a Tory MP of 17 years it’s a shambles and a disgrace. I think it’s utterly appalling. I’m livid.

Rees-Mogg, with a straight face, insisted: “This is a government that is functioning well.”

As Sir Desmond Swayne, a former minister, tweeted: “I’m waiting for the moment in Dallas when Bobby Ewing walks out of the shower and says it’s all just been a bad dream.”

A day like no other. But there’s no guarantee the next one won’t be as bad.