Warsaw: A powerful Polish politician sparked fresh controversy by drawing a link between what he said was excessive drinking among young women and the country’s low birth rate.

Jaroslaw Kaczynski, leader of the ruling Law & Justice party, made the comment at a meeting with voters late on Saturday in Elk, northeastern Poland. 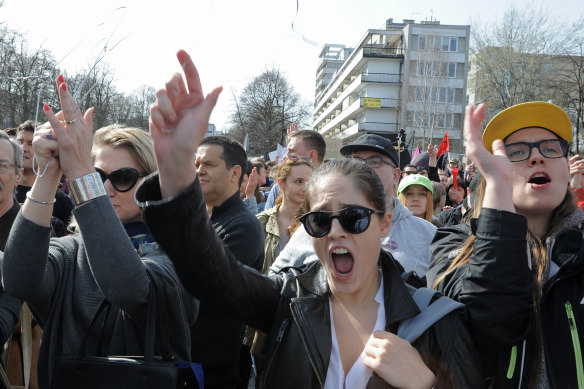 Protesters shout slogans against campaign for a total ban on abortion in 2016 which was supported by ruling party leader Jaroslaw Kaczynski.Credit:AP

It was just the latest in a string of recent broadsides by Kaczynski at targets as varied as Poland’s opposition, its transgender community and Germany. He’s been touring small towns to bolster support for his party ahead of the general elections expected in October 2023.

“We’re not going to see any babies if girls, young women, continue to drink like their equals until they’re 25,” Kaczynski, 73, who has never married and has no children, said to laughter from the audience.

“The fewest children in Poland are in Warsaw, so it’s not only an economic issue, but also a certain attitude of people, especially women,” he added. 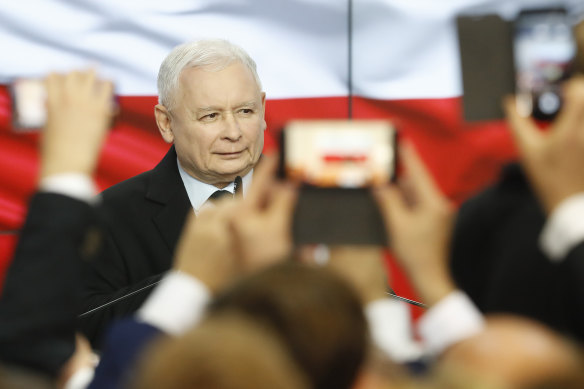 Poland’s fertility rate has been below the European Union’s average and the country last year saw its steepest population drop since World War II. At the same time, data shows more children are now born to women from urban regions including Warsaw.

Women on average drink significantly less than men, according to the government’s agency for the prevention of alcohol-related problems. About 10 per cent of Polish women aged 18-to-29 drink more than 7.5 litres of alcohol a year and most are single, unemployed or students from big cities, the information on its website shows.

Civic Platform lawmaker Barbara Nowacka said on Twitter that Kaczynski’s remarks showed how out of touch he was with “women, our plans, dreams and lives”.

Law & Justice rose to power in 2015, in part thanks to its promise of lavish baby bonuses for bigger families. Since then, Poland has imposed a near-total ban on abortions, sparking months of street protests and condemnation from European lawmakers.

The party’s bid for a third consecutive term in office is now looking shaky due to the country’s deepening cost-of-living crisis.