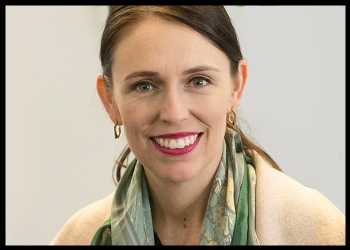 Unable to withstand the pressure of holding the country’s top executive post, New Zealand prime minister Jacinda Ardern announced that she is resigning.

In a news conference announcing her surprise decision at the Labor Party’s summer caucus retreat Thursday, Ardern said she will step down as Labor leader and Prime Minister by February 7.

She said she expects her successor will be sworn in by that time, though “depending on the process that could be earlier.”

She cited a desire to spend more time with her partner and four-year-old daughter and an inability to commit to another four years.

“Leading a country is the most privileged job anyone could ever have, but also the most challenging. You cannot and should not do the job unless you have a full tank, plus a bit in reserve for those unplanned and unexpected challenges,” Ardern told reporters.

“I no longer have enough in the tank to do the job justice,” she added.

Ardern, who became the youngest female head of government in the world at the age of 37 in 2017, was re-elected for a second term in 2020. She steps down when nine more months are remaining in her term.

Within a year of assuming the office of prime minister, she became only the second world leader ever to give birth while in power.

With the next parliamentary election due in October, opinion polls indicate Adern’s personal popularity is at its lowest, and the ruling Labour Party’s chances of re-election are grim.

During Ardern’s past five-and-a-half years at the helm, New Zealand witnessed the pandemic and its ensuing recession, the deadly Christchurch terror attack, and the White Island volcanic eruption.

“These events… have been taxing because of the weight, the sheer weight and continual nature of them. There’s never really been a moment where it’s ever felt like we were just governing,” she told reporters.