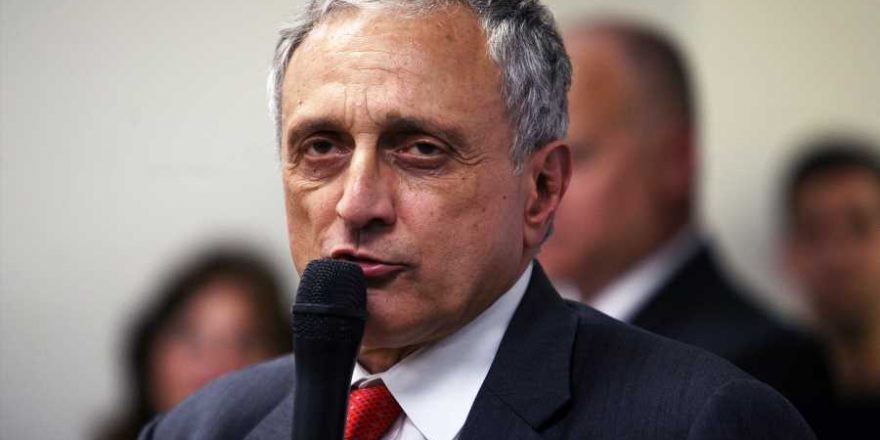 Republican congressional candidate Carl Paladino has hired a convicted sex offender as the new “assistant treasurer” of his campaign, the New York Post reported on Wednesday.

Joel Sartori, a former controller of Paladino’s development firm, was convicted on charges related to possessing and promoting child pornography in 2017, and sentenced to 10 years probation. Paladino has kept Sartori on his payroll as assistant controller for Ellicott Development. “Joel has been with me for ages,” Paladino told the Post, ”He served his punishment for what he did. He’s a wonderful employee.”

“I was thinking the other day about how somebody had mentioned on the radio Adolf Hitler and how he aroused the crowds,” Paladino said in audio obtained by watchdog group Media Matters. “And he would get up there screaming these epithets and these people were just — they were hypnotized by him … I guess that’s the kind of leader we need today. We need somebody inspirational. We need somebody that is a doer, has been there and done it.”

Paladino is largely centering his campaign activities around a push to loosen gun restrictions in New York. His opponent in the August primary is New York State Republican Committee chairman Nick Langworthy, who’s ongoing feud with Rep. Stefanik has opened inroads to challengers.