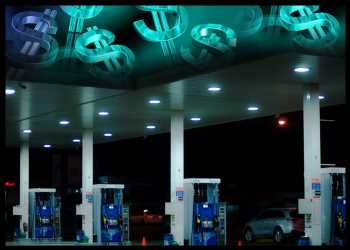 In an attempt to stem the surging fuel prices, President Joe Biden on Wednesday called on Congress and states to take additional legislative action to provide direct relief to consumers.

Specifically, he is calling on Congress to suspend the federal gas tax for three months, through September, without taking any money away from the Highway Trust Fund.
He also called on states to take similar action to provide some direct relief, whether suspending their own gas taxes or helping consumers in other ways.

The President is also calling on Congress to make sure that a gas tax holiday has no negative effect on the Highway Trust Fund. With the deficit already down by $1.6 trillion this year, the President believes that his administration can afford to suspend the gas tax to help consumers while using other revenues to make the Highway Trust Fund whole for the roughly $10 billion cost.

This is consistent with legislation proposed in the Senate and the House to advance a responsible gas tax holiday.

Biden had said earlier this week that he is considering suspending the federal gas tax.

“I hope I have a decision based on data I’m looking for by the end of the week,” he told reporters Monday.

With gas prices near $5 a gallon on average across the country, some states have already taken the lead to suspend their gas levies.

The governors of Connecticut and New York have temporarily suspended their gas taxes, and in Illinois and Colorado, governors delayed planned tax and fee increases.

In states such as Michigan and Minnesota, states and local leaders are considering a number of forms of consumer relief – from temporary suspensions and pauses on state sales tax on gas to consumer rebates and relief payments.

Biden announced the release of a record 1 million barrels per day from the Strategic Petroleum Reserve last month, which a leading oil market analyst confirmed has been critical to keeping prices from rising even more.

Biden and his Administration are engaging with oil and refining companies to ask them to work with the Administration to bring forward concrete solutions that increase refinery capacity and output. Secretary of Energy Jennifer Granholm is meeting with CEOs of these companies this week.