The political power couple made their podcasting start at Spotify with a series of shows from their production company, Higher Ground.

Now, the Obamas are moving their audio content to Audible, an Amazon-owned platform known more for its books on tape than its original programming.

"At Higher Ground, we have always sought to lift up voices that deserve to be heard — and Audible is invested in realizing that vision alongside us," Barack Obama said of the deal in an Audible press release. "I’m looking forward to partnering with them to tell stories that not only entertain but also inspire." 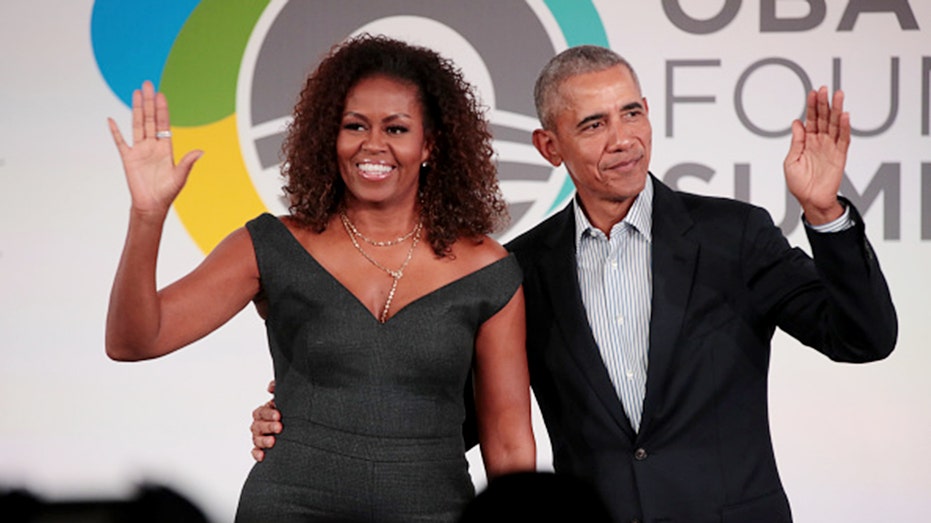 Former President Barack Obama and his wife Michelle close the Obama Foundation Summit at the Illinois Institute of Technology on Oct. 29, 2019, in Chicago. (Scott Olson/Getty Images)

Previous shows from Higher Ground included "Renegades: Born in the USA," a show starring Barack Obama and Bruce Springsteen as they talk about the United States, politics, and their life experiences.

The Michelle Obama Podcast featured the titular former first lady in conversation with friends and family as they explored the relationships that define a person's life.

"We are so proud of the stories we have been able to tell at Higher Ground, and there's no one we'd rather write our next chapter with than Audible," said Michelle Obama in the Audible press release. "Together, we will keep striving to tell compelling, provocative, and soulful stories—while doing everything we can to make sure they reach the folks who need to hear them." 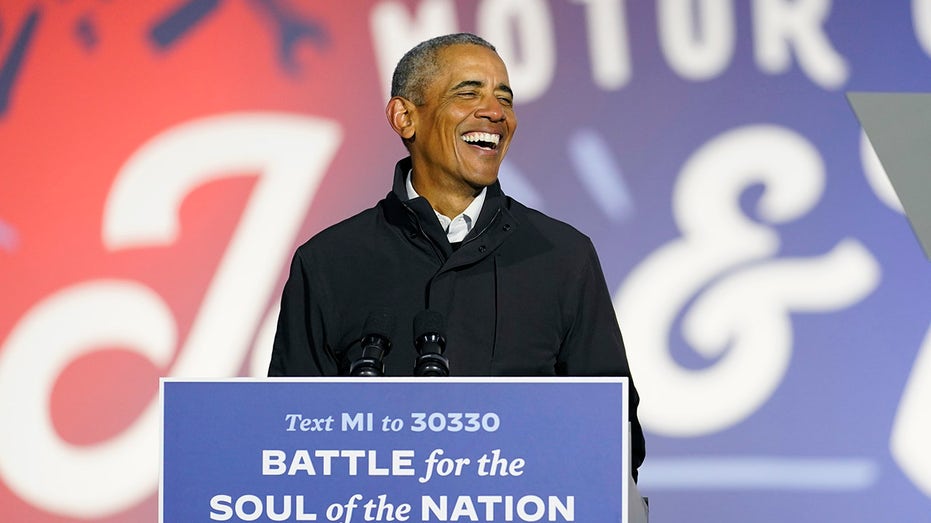 Michelle Obama spoke at the Culture of Democracy Summit this month, where she claimed that democracy in the U.S. is "fading."

When We All Vote is a voting registration campaign started in 2018 with the help of Obama, who made the remarks as part of the summit's keynote speech.

"No one has the luxury to sit out or stay at home just because you’re not feeling excited enough. If you don’t vote, other people will," Obama said.

The campaign and summit focused on encouraging voter registration, participation and activism.