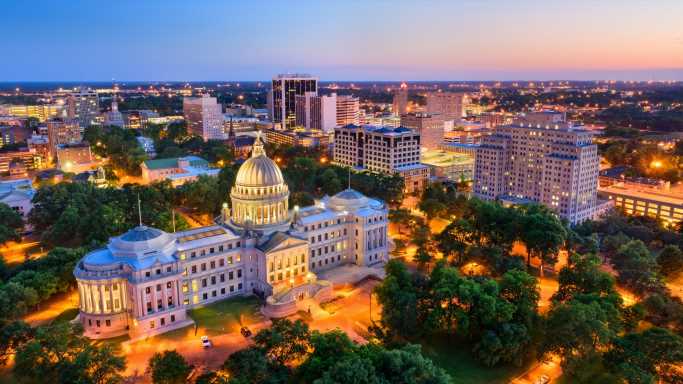 Lt. Gov. Proposes Up to $500 Rebate Checks From Mississippi

Some Mississippi residents may get some extra money next year, thanks to the latest proposal from Lt. Gov. Delbert Hosemann. The Republican leader of the Senate recently came up with his policy priorities for the 2023 legislative session. Hosemann’s policy priorities include sending $500 rebate checks from Mississippi, an increase in education spending, and more.

Hosemann has laid out a number of priorities that he would like to see pass in the Mississippi legislature’s next regular session, which is less than two weeks away. His priorities include spending on healthcare, infrastructure, education and sending rebate checks.

“As you know this legislature has taken on just about everything it possibly could take on, and we’re going to take on a bunch more this coming year,” Hosemann told reporters Wednesday.

Hosemann talked about his plans to use about $270 million in excess tax collections to send taxpayers a “bottom-up” rebate.

Though full details of the $500 rebate checks from Mississippi are still not available, Hosemann believes $270 million should be enough to cover taxpayers who paid up to $500 in income taxes.

Hosemann also plans to raise the funding for pre-K public education, as well as for the Mississippi Adequate Education Program (MAEP). The proposal also calls for using the federal pandemic stimulus money on infrastructure, including giving more matching water and sewerage money to cities and counties.

Similar to last year, Hosemann also plans to set aside $100 million for the state’s Emergency Road and Bridge Program.

Are $500 Rebate Checks From Mississippi Possible?

Hosemann’s plan to send $500 rebate checks from Mississippi is likely to face stiff opposition in the 122-member House. Earlier this month, House Speaker Philip Gunn told reporters that he is not in favor of a one-time relief, but rather prefers residents get a continuous stream of revenue.

In addition to the massive income tax cuts passed last year, some lawmakers are in favor of phasing out the personal income tax. Such lawmakers believe that it would benefit the state with economic development.

Hosemann and Senate leaders argue that the national and state economies are currently facing challenges due to inflation. Since most of the state surplus is primarily due to unprecedented federal spending, it wouldn’t be wise to fully eliminate the income tax during such uncertain economic times, says Hosemann. Thus, it is better to use the state’s current windfall to send one-time checks to residents.