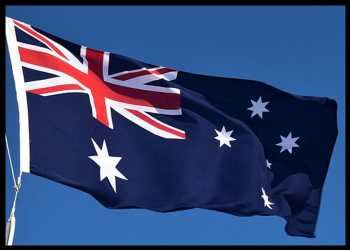 Australia’s Treasurer Jim Chalmers unveiled a budget of “restraint” on Tuesday, promising relief from the rising cost of living without adding to inflation.

Delivering the Labor Government’s first Federal Budget on Parliament, Chalmers said his responsible approach to revenue upgrades and spending restraint means gross debt as a share of GDP remains lower than at the Pre-election Economic and Fiscal Outlook in each year of the forward estimates.

In 2022-23 and 2023-24, when inflationary pressures are most acute in the forecasts, additional tax receipts have been returned to the budget, new policy decisions have been largely offset and real growth in spending decline, Chalmers told lawmakers.

But with high inflation lifting payments by at least as much as receipts, the government now expects a larger structural deficit, the economist added.

The resulting fiscal restraint adds to the conviction that GDP growth will slow more sharply next year than most anticipate, Thieliant noted.

The latest forecast from the treasury showed that real GDP will grow 3.25 percent in 2022-23 before slowing to 1.5 percent in 2023-24, as cost of living pressures and rising interest rates increasingly weigh on households’ disposable income and consumption.

Domestic inflation is projected to peak at 7.75 percent in the December quarter of this year.

Inflation is expected to remain elevated at 5.75 percent over 2022-23 and around 3.5 percent over 2023-24. Price growth is forecast to gradually ease and return to within the Reserve Bank’s inflation target by 2024-25.

The unemployment rate is estimated to rise to 4.5 percent by the June quarter of 2024. Tight labor market conditions are expected to see annual wage growth pick up to 3.75 percent by June 2023, the fastest pace since 2012.

For more reliable energy, the government decided to establish an A$20 billion fund for energy transmission.

The government will cut taxes on electric cars, build a national electric vehicle charging network and hydrogen refuelling stations on highways and provide solar battery storage for up to 100,000 homes.