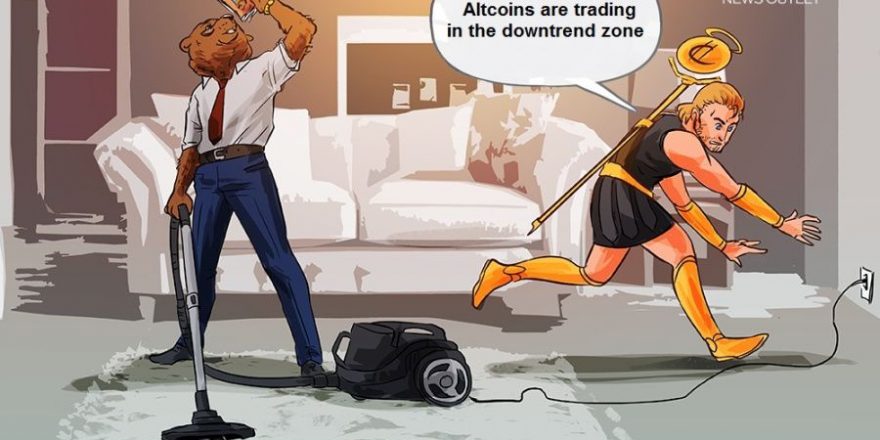 Cryptocurrency prices are falling rapidly and have entered a more bearish trend zone.

Altcoins are trading in the downtrend zone. The cryptocurrencies that are performing the worst are at risk of falling further as they trade in the negative zones. We will discuss these altcoins in great detail.

The price of Chiliz (CHZ) is falling below the moving average lines. The price of the coin has dropped significantly to $0.14. Since November 7, buyers have failed to maintain a price rise above the overriding resistance of $0.28. The cryptocurrency will fall every time the overhead barrier is retried. As CHZ approaches its previous low of $0.14, it is currently falling. The oversold zone of the market has been reached by the current decline. The daily chart’s stochastic is currently below the 20 level, indicating that bearish exhaustion has been reached in terms of selling pressure. As buyers gather in the oversold area, prices will rise. The coin has the characteristics listed below and has been the worst performer this week. 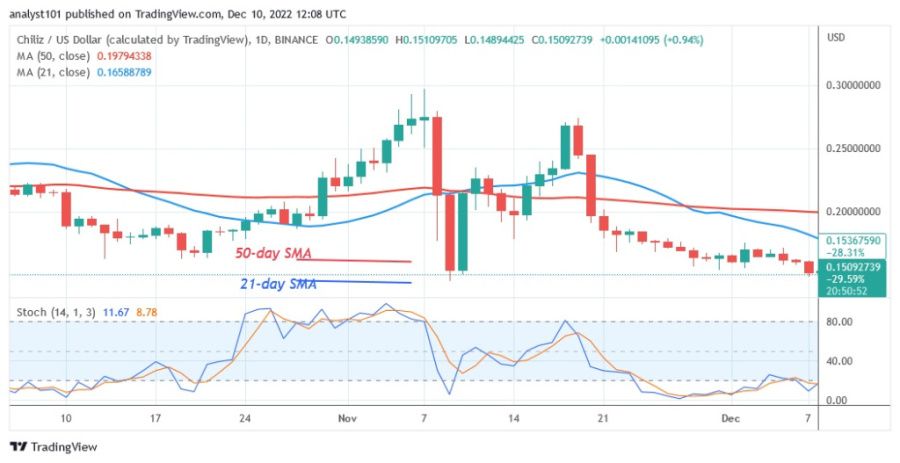 The price of 1inch Network (1inch) is in a downtrend, falling to a low of $0.42. The altcoin has declined significantly and is now trading in the oversold area of the market. It has been consolidating above the existing support since December 7. The altcoin turned up during the decline on November 13 and a candlestick tested the 78.6% Fibonacci retracement level. After the correction, 1INCH will fall but reverse at the 1.272 Fibonacci extension level or at $0.43. The Relative Strength Index for period 14 is at a value of 33, indicating that the cryptocurrency is in a downturn and approaching the oversold area of the market. The cryptocurrency with the second worst performance, 1inch Network, has the following characteristics. 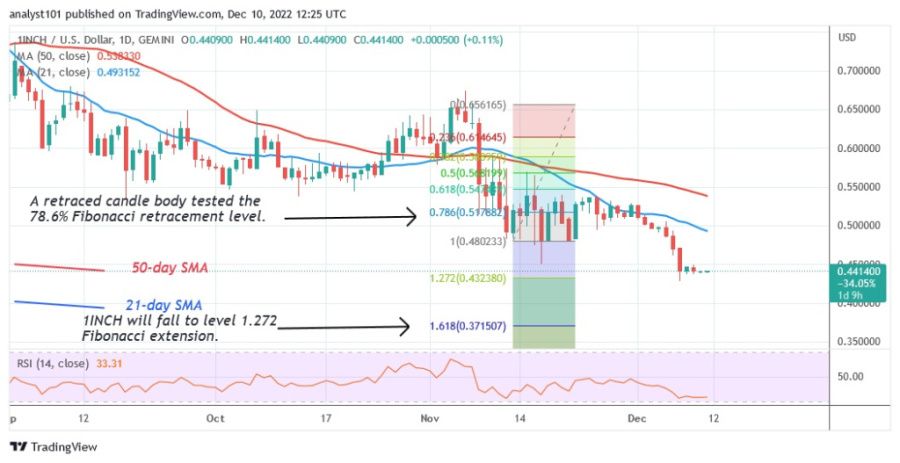 These are the characteristics of ImmutableX: 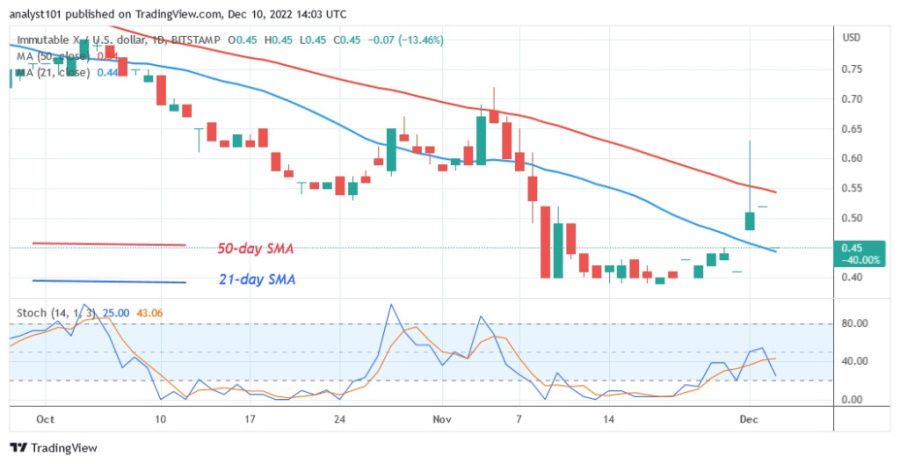 Since July 8, the price of Chain (XCN) has been declining. The value of the coin dropped from $0.107 at the peak to $0.035. The altcoin has dropped sharply as it approaches oversold territory. Bearish fatigue has been reached on the downside. The price movement was determined by doji candlesticks, which have small bodies and are indecisive. The altcoin is at level 35 for period 14 of the Relative Strength Index. It is on the verge of being oversold. Among cryptocurrencies, it has the fourth worst performance this week. The cryptocurrency’s characteristics include: 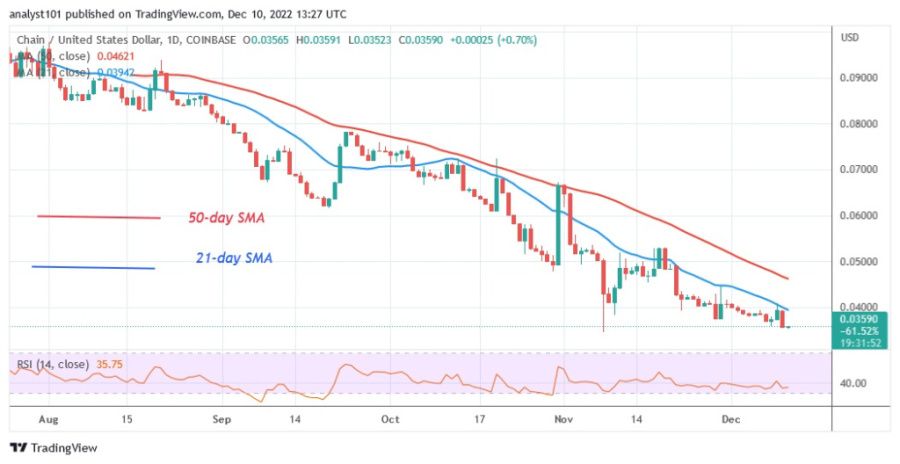 Lido DAO (LDO) is in a downtrend and has fallen from a high of $5.20 to a low of $1.03. After falling on November 9, the cryptocurrency has consolidated above the $1.00 support. As the market enters oversold territory, the current downtrend has reached its bearish exhaustion. The altcoin turned up during the decline on November 9 and a candlestick tested the 78.6% Fibonacci retracement level. After the correction, LDO will decline but turn around the Fibonacci extension level of 1.272 or $0.64. LDO has shown the worst performance among cryptocurrencies this week. It has the following characteristics: 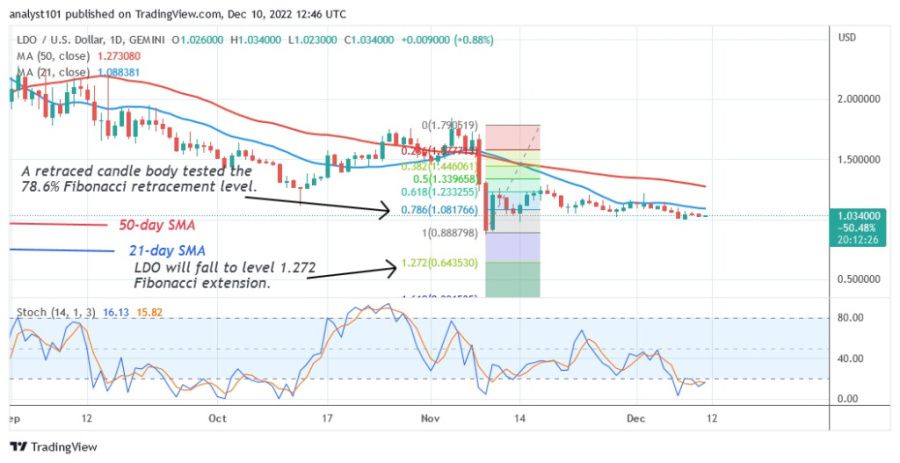